Phuket’s local foods are combination of influences from both Thai and Chinese cultures. Although they’re spicy, like many Southern Thai dishes, they also feature many of the Chinese cuisines characteristics.There are many foods which originate from Phuket and these are created using their own method of cooking and have their own unique taste.

Phuket’s foods are also influenced by cultures and ways of life, as an example, noodles, which are possibly the most common of Phuket foods, symbolize a long life and are a part of many auspicious ceremonies.

Phuketindex.com would like to introduce you to some of the styles of Phuket “noodles”

Mee Somjit has been selling noodles for more than 60 years using a recipe which originally came from the owner, Miss Pasini Panchamiditi’s Singaporean grandfather. The shop is most famous for its Hokkien Mee Shake or Hokkien noodles with soup. The delicious tasting soup is made by boiling fresh shrimps together with pig bones, thus giving it its own unique and sweet taste. A bowl of Hokkien Mee Shake also contains pork, shrimps, morning glory, dumplings, bean sprouts, fried shallots and a choice either yellow egg noodles, Chinese-style noodles, sheet noodles, clear vermicelli noodles, or rice vermicelli noodles. If you want something a little spicier you can have the dish with Tom-yam noodles which are flavoured using Thai chili paste. 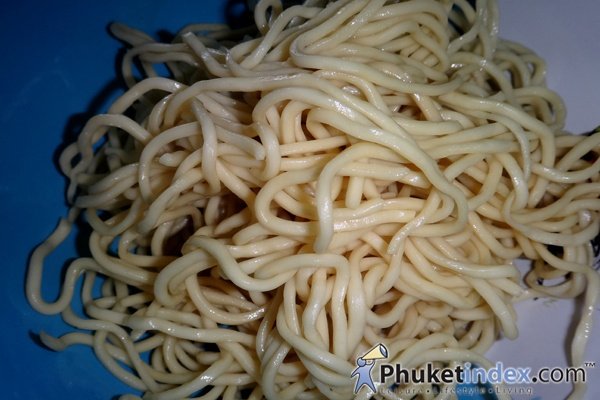 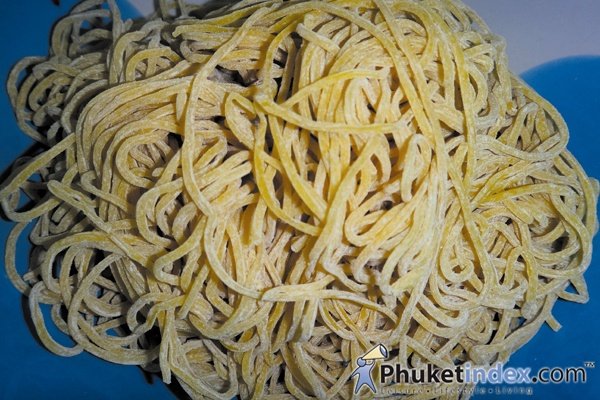 Mee Somjit has not only been awarded for its delicious & healthy food, but also for its hygiene, receiving numerous certificates from the Thai Ministry of Public Health. It has also received accolades the Jakkrawan Family Kitchen TV Programme and been featured in a TV Programme called Priew-Pak. 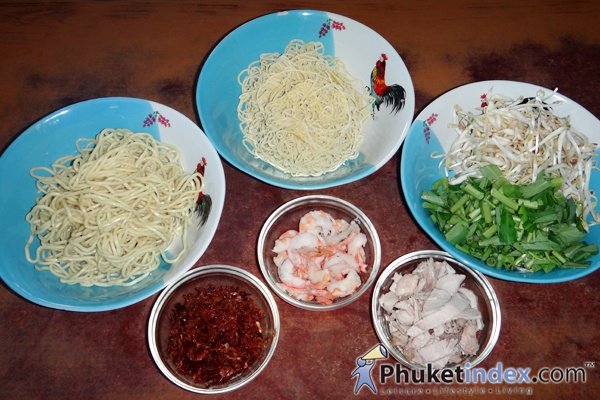 You can also taste Hokkien Mee Shake from the following outlets:

Mee Ton Pho has been serving the community their tasty Hokkien Mee since 1946, and the current owner is the 3rd generation of the family to run the restaurant. Mee Ton Pho is said to be the locals favourite when it comes to Hokkien Mee restaurants and their noodles are usually bigger due to the fact they are homemade. The noodles are fried in soy sauce together with Chinese kale, pork, fish, squid, and egg and the final dish is slightly salty. Most people top the dish with fried shallots and pork crackling. The flavours can be enriched further buy adding fresh shallots and ground chili. 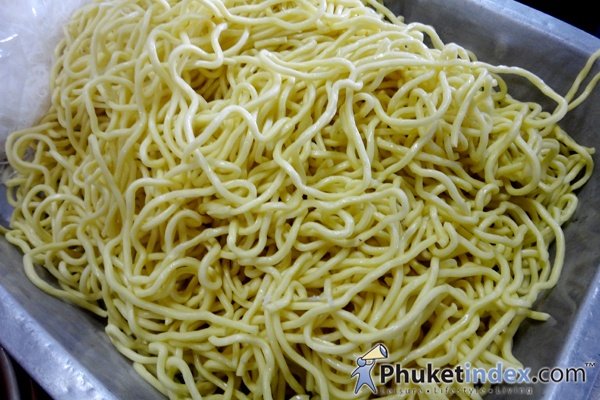 You can taste more Hokkien Mee at the restaurants listed below.

Pehteow Noodle House has passed down the deliciousness and uniqueness of their dish from generation to generation for over 60 years. In the past, Pehteow Noodle House only made noodles; however the dish Yi Hu Eng Chai was introduced following its creation by Pehteow himself. Yi Hu Eng Chai consists of Thai-styled tempura put on fried noodles. Under the fried noodles is a bed of boiled morning glory, squid, roasted pork, and fried dumplings. The dish is famous for its topping, a tasty red sauce called Ti-jiew which is made from salted soy bean. Yi Hu Eng Chai is served with pig’s bone soup and chili in vinegar. Ground chili can be added to boost up its taste and spiciness. 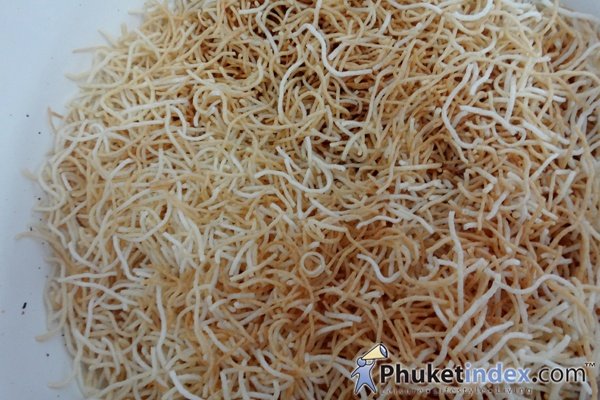 Mee Sua is made with small white salty noodles usually eaten for breakfast. They are often cooked by boiling them in a soup and then served with pork, pig’s entrails, chicken or fish, and seasoned with a variety of herbs and spices. To add a little texture and variety to Mee Sua it can be eaten with fried garlic, celery, and green shallot.

Mee Huhn Pah Chang is noodles that are stir-fried with soy sauce, sprinkled with fried shallot and chopped garlic chives, and served with pig’s bone soup. Mee Hun Ba Chang can be identified by the noodles which are neither hard nor soft and not too oily. The pig’s bone soup is often sweet and therefore it is recommended to add a little pepper to enhance the taste.

Other Mee Hun Ba Chang outlets can be found at the following locations:

The main ingredient of these dishes is Mee Huhn, small noodles made right here in Phuket. These noodles are bigger and stickier than ordinary noodles, so when stirred they are not easily torn. The dishes delicious and sweet taste comes from stirring the Mee Huhn noodles together with soy sauce and coconut milk. When served they are usually sprinkled with bean sprouts and garlic chives. The original way to eat these noodles is with sliced carrot & cucumber, bean curd and omelet sprinkled with peanuts, ground chili, granulated sugar and salted soy bean sauce.

These noodles can be found at a stall close to the dessert stands around Lor Rong (Ton Cham Cha) which is open from 6AM – 5PM every day except Tuesday. Tel. 086-8149772