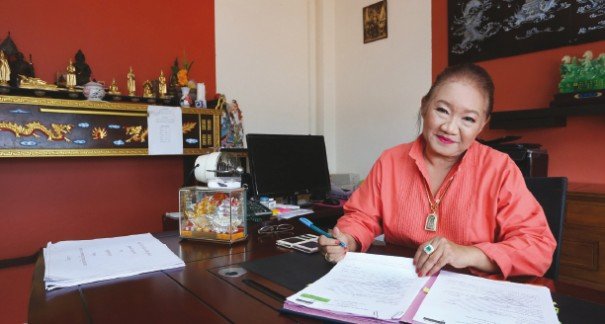 You must have noticed them: Many of the billboards around Phuket, especially the very large ones, are the brainchild of a company called Anda Focus. Phuketindex.com had the chance to sit down and chat with the lady behind the steering the wheel of the company – Mrs. Natchanok Sucharitkul, the owner and the managing director of Anda Focus Co., Ltd.

“I’m originally from Bangkok, and came to Phuket to work at Phuket International Airport,” she says – which is something that comes as a bit of a surprise as she seems thoroughly at home in Phuket – just like a local. 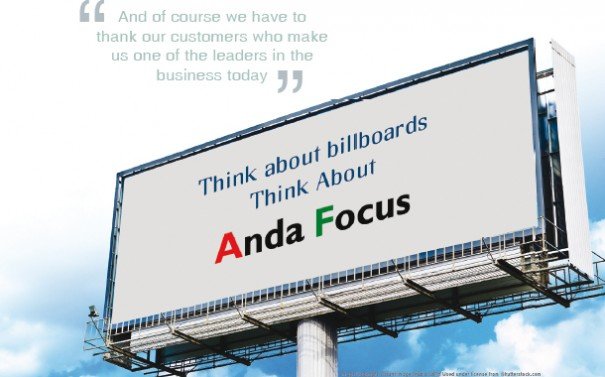 About 13 years ago there weren’t a lot of billboards around the island and Khun Natchanok was quick to realise that this was a business opportunity worth pursuing. She reasoned that if so many people were coming from all over the world and the tourism industry was booming, there had to be a lot of advertising to meet the growing needs.

She reveals that it was the Coca-Cola logo that inspired her and she told her husband, “We have to do it!” This was the birth of Anda Focus which in those days was known as AQP Media. The Anda Focus moniker came later when she realised that it was easier to remember and reflected the company’s aim in a better way.

The much-needed break came in 2003 with the APEC Summit. “Our very first job was in Muang Mai. It was a 20-metre billboard, and then we erected one at the airport junction road then at Burasari in Patong. They were all fairly large and it was through them that we established our name and people began to take notice of us,” she says.

Still, it wasn’t easy. She explains, “When you take on something big like this you have a lot of responsibilities. There have to be strong foundations, a solid structure, and top-rate instillation methods. We inspect our billboards monthly and report back to our customers.”

The company is now known as one of the leading advertising agencies in Phuket, offering a wide range of services, both outdoors and indoors ranging from billboards, to inkjet printing, to stickers, events and exhibitions as well as all manner of advertising solutions.

“We work with property agencies, resorts, chain restaurants like Minor Food Group, The Pizza Company, Swensen’s, Sizzler, as well as Bangkok Airways. They’ve all been our customers for a very long time.” One can easily see this, considering the amount of billboards around the island.

When asked about Anda Focus’s strong points Khun Natchanok says, “We provide exactly what our customers demand – quality products in the right place. But we don’t just sell; we offer solutions and make sure that our customers get their advertising in the best locations that make sure that the target audience is reached. In other words we take care of the image of our customers.  We also make sure of the complete legality of the instillation so we all can have peace of mind in the knowledge that when they decide to work with us there’ll be no one asking them to uninstall or remove the billboard once it’s been erected.

Anda Focus customises products based on standard materials and has a strong support team.

In order to satisfy customers, having a professional team is a must and Khun Natchanok says she’s blessed by having the very best team: “They believe in the company. They’re very honest and loyal. ‘We’ make Anda Focus today not only me. It’s impossible to do this alone.” 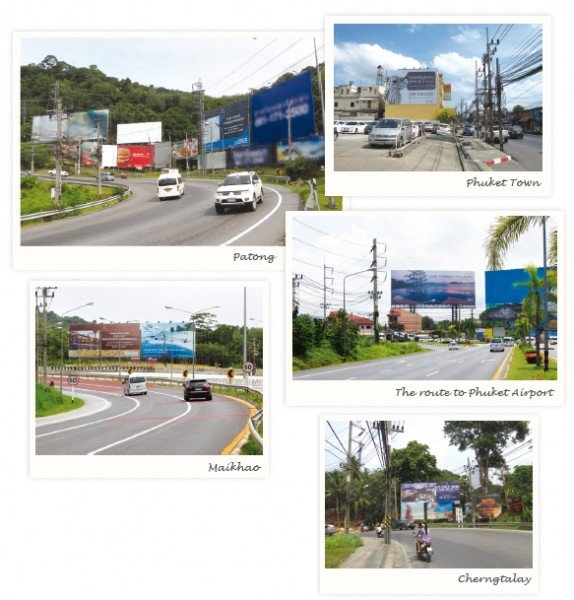 She saids, “And of course we have to thank our customers who make us one of the leaders in the business today. They rely on us and pass on the good news to others by word of mouth so we constantly have new clients.”
Anda Focus is also community-conscious, providing grants to local students and making donations to charities as well as erecting billboards for public services.

Last but not least, she says that a good ethic is invaluable:  “Do unto others as you would have done unto you. Treat others the way you want to be treated.” She adds, “I think I treat my staff in a way that I consider to be fair and fulfilling. For customers it’s just the same: You have to be sincere, honest and professional.”

And what about the future? Khun Natchanok says that Phuket will see a lot more of Anda Focus. Think about billboards. Think About Anda Focus.