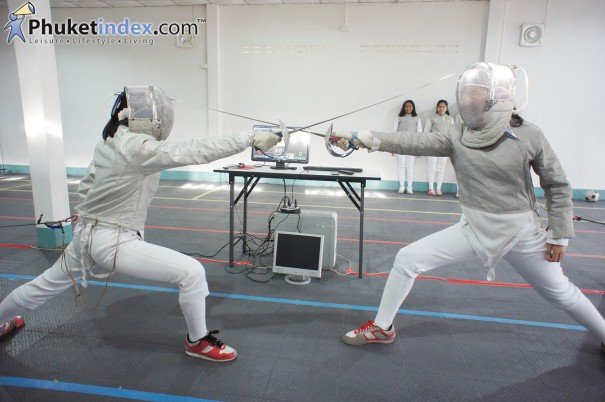 Fencing is a form of martial art which uses blades as its attacking and defensive weapon. The most common version of fencing today, also called Olympic fencing or competitive fencing, is divided into three weapon categories: foil, sabre and épée. Classical fencing uses the same three weapons, but approaches fencing as a martial art. Competitive fencing is one of five activities which has been featured at every one of the modern Olympic Games.

In Phuket, it was previously hard to find somewhere to learn of partake in fencing, but in 2013, the Andaman Phuket Fencing Club was initiated by Khun Aroondetch Sae-Iew, a bronze medalist in the 1998 Men’s Junior Thailand National Fencing Championships, and the former fencing coach of Khon Kaen University. After several years of competing he decided to retire from professional fencing and returned to do business in Phuket. He wanted to give young people the chance to learn about fencing and therefore opened a small club with professional standard equipment and he became Phuket’s very first fencing instructor. 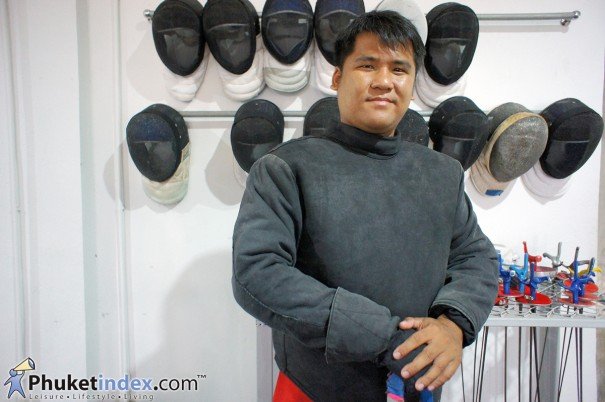 During a recent interview, Khun Aroondetch told Phuketindex.com that fencing is a great form of cardiovascular exercise. It increases stamina, reduces stress and that the mental discipline required challenges your mind. He also said it helps to develop flexibility, coordination and muscle strength. Furthermore, it is also a social activity that can be enjoyed at a recreational or competitive level. This makes fencing a well-rounded form of exercise with benefits that extend to every aspect of a healthy and happy life, and he believes this is good for everyone because fencing teaches to both win and lose honorably and is fun to play. 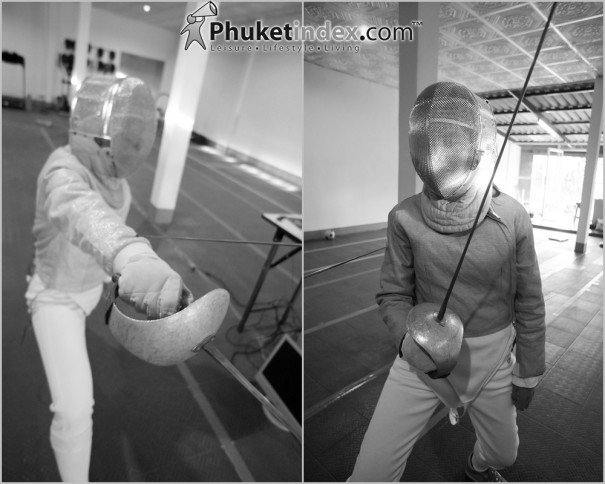 The sport of fencing is fast and athletic, a far cry from the choreographed bouts you see on film or on the stage. Instead of swinging from a chandelier or leaping from balconies, you will see two fencers performing an intense dance on a six-feet-by-40-feet strip. The movement is so fast touches are scored electrically

The main object of a fencing bout (what an individual “game” is called) is to effectively score 15 points (in direct elimination play) or five points (in preliminary pool play) on your opponent before he scores that number on you. Each time a fencer scores a touch, they receive a point. Direct elimination matches consist of three three-minute periods.
Foil – The foil has a flexible rectangular blade, approximately 35 inches in length, weighing less than a pound. Points are scored with the tip of the blade and must land within the torso of the body. The valid target area in foil is the torso, from the shoulders to the groin, front and back. It does not include the arms, neck, head and legs. The foil fencer’s uniform includes a metallic vest (called a lamé) which covers the valid target area, so that a valid touch will register on the scoring machine. A small, spring-loaded tip is attached to the point of the foil and is connected to a wire inside the blade. The fencer wears a body cord inside his uniform which connects the foil to a reel wire, connected to the scoring machine.

Sabre – The sabre is the modern version of the slashing cavalry sword, and is similar in length and weight to the foil. The major difference is that the sabre is a thrusting weapon as well as a cutting weapon (use of the blade). The target area is from the bend of the hips (both front and back), to the top of the head, simulating the cavalry rider on a horse. The sabre fencer’s uniform includes a metallic jacket (lamé), which covers the target area to register a valid touch on the scoring machine. The mask is different from foil, with a metallic covering since the head is valid target area. 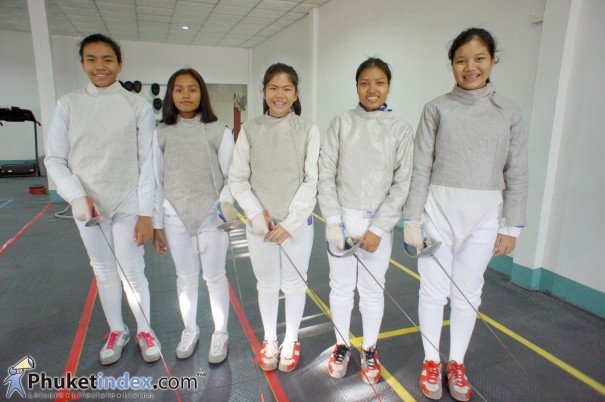 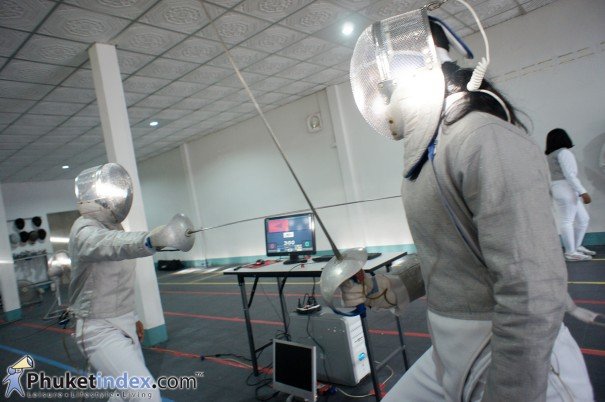 How does fencing benefit children? 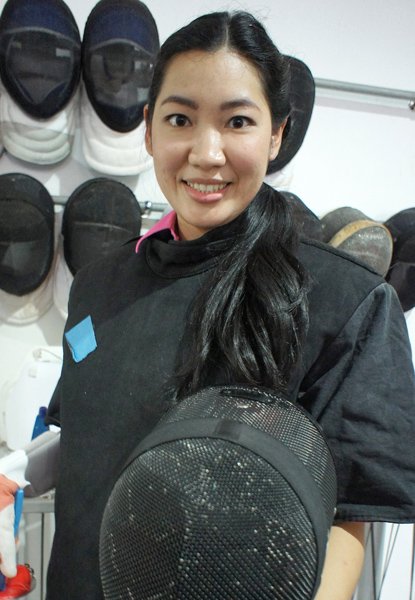 Khun Chanipha Sawatwongchai – Manager of Andaman Phuket Fencing Club said “Fencers learn good sportsmanship, self-discipline, how to compete independently and also gain quick reflexes. They gain a sense of accomplishment when winning and learn to profit from their defeats. They learn to make complex decisions, analyze problems, and think fast on their feet. These ideals help children reach their potential in many areas other than fencing.

“Fencing helps children learn to pay attention and to develop their decision-making abilities. Because fencing is an individual sport, the fencer is solely responsible for their success or failure, which becomes a great lesson in responsibility. At the same time, being a member of a fencing club gives the fencer an opportunity to participate in a group setting, where friendships are made and true sportsmanship is encouraged.

“Finally, many great colleges have fencing teams and are always looking for experienced fencers. While scholarships are few and limited to top-level competitors, having fencing on your college resume provides you with another way for your child to market themselves.”