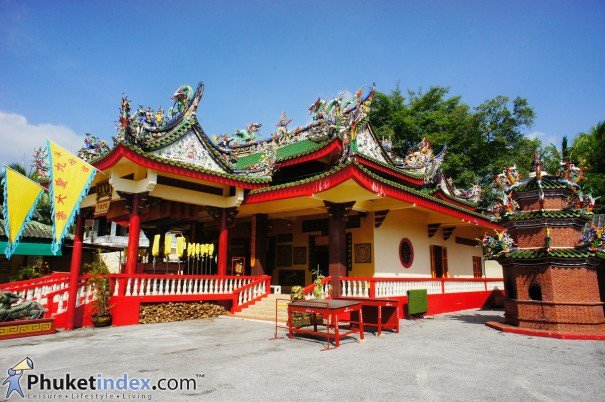 For thousands of years, industrious and ambitious Chinese have left China in search of wealth in other Asian lands. One such place is Phuket, where Chinese residents descend from those who emigrated from southern China a few centuries ago to work in the tin mines, and were responsible for much of the island’s sudden economic transformation.

China’s influence on the culture of Phuket is evident in the numerous Chinese shrines found around the island where the sea-borne immigrants settled, and these shrines have many key features of traditional Chinese architecture.
The basic feature of these shrines is the rectangular units of space joined together into a whole. This style combines rectangular shapes varying in size and position according to importance into an organic whole with each level and component clearly distinguished. 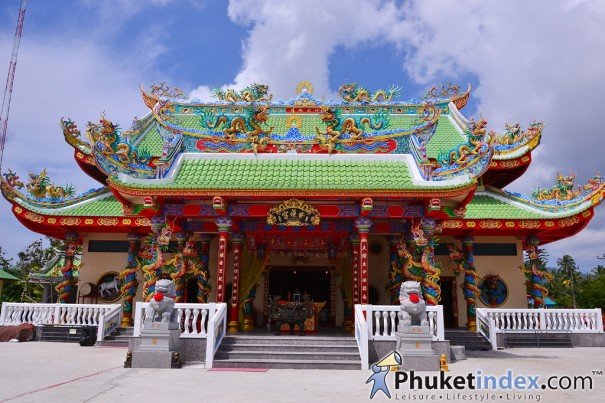 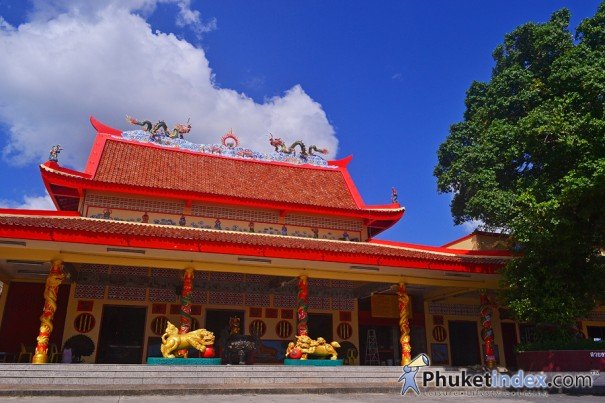 This combination of units of space follows the principles of balance and symmetry. The main structure is the axis, and the secondary structures are positioned as two wings on each side to form the main rooms and yard. The distribution of interior space reflects Chinese social and ethical values.

Another characteristic of these Chinese shrines is the use of a wooden structural frame with pillars, beams, and earthen walls surrounding the building on three sides. The main door and windows are in front. This feature has been preserved up to the present.

Roofs usually slope in the usual fashion. However, traditional Chinese buildings have curved eaves, symbolic of the spirit of Chinese culture. While the building itself is relatively plain and straightforward, the ridge and eaves of the roof introduce a more intricate aspect in the form of upward-curving eaves. 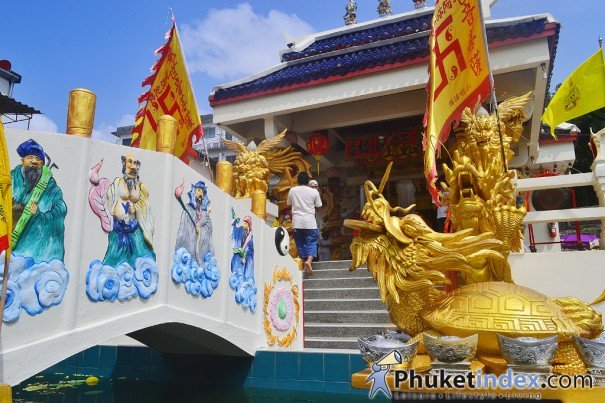 Three special architectural features resulted from the use of wood. The first is that the depth and breadth of interior space is determined by the wooden structural frame. The second is the development of the technique of applying color lacquers to the structure to preserve the wood. These lacquers were made in brilliant, bold colors, and became one of the key identifying features of traditional Chinese architecture. Third is the technique of building a structure on a platform, to prevent damage from moisture. The height of the platform corresponds to the importance of the building. A high platform adds strength, sophistication, and stateliness to large buildings.