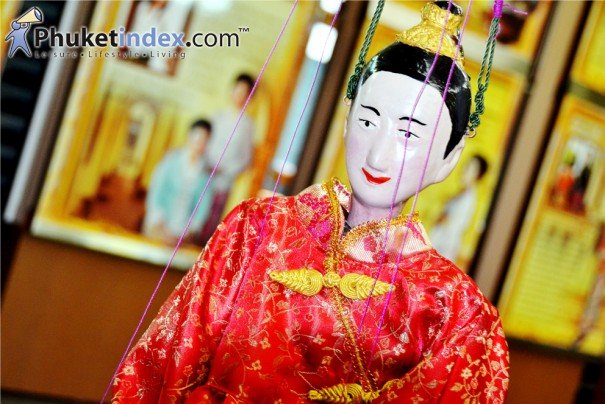 Called a “marionette show” in ancient China, a puppet show is a theatre performance in which puppet figures are made to move by puppeteers pulling strings or by putting their hands inside them.

In China, the origin of puppets dates back to the Shang Dynasty, when the custom of burying slaves alive with their deceased masters was practiced. Of the 3,000 funeral objects excavated from the Yin Ruins in Anyang City, there are pottery figurines of slaves with cangues. In the Warring States Period, there appeared entertaining figurines used in story-telling and singing performances as props. And such art forms became popular. After the Han Dynasty, a puppet show gradually developed into a folk art combining opera, literature, sculpture and painting that appealed to both humans and divinities. 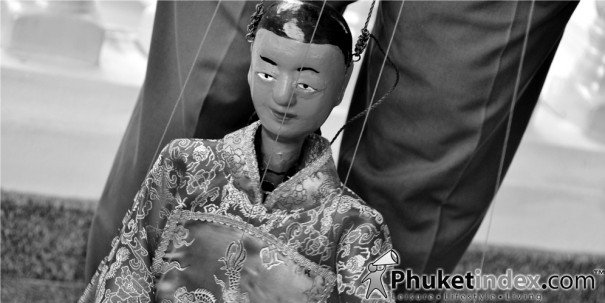 In former times, a puppet show was one of the most popular entertaining art forms enjoyed by rulers and commoners. Such shows were usually staged on occasions like sacrificial rituals and festive banquets, adding colour to people’s life. In modern times, however, puppet shows suffered decline due to war chaos. But they caught on again shortly after the war.
After 1949, except for a handful of private puppet troupes, most others were restructured as government-funded troupes. While retaining traditional plays, these puppet troupes created a large number of modern plays, also known as “civilized new plays”.

A New of Generation Puppeteers

Chinese hand puppets are modeled on characters from Chinese operas, and each puppet’s style of clothing and make-up represents a different character from the operas. Furthermore, there are also shows and performances that have been written strictly for Chinese puppet shows. 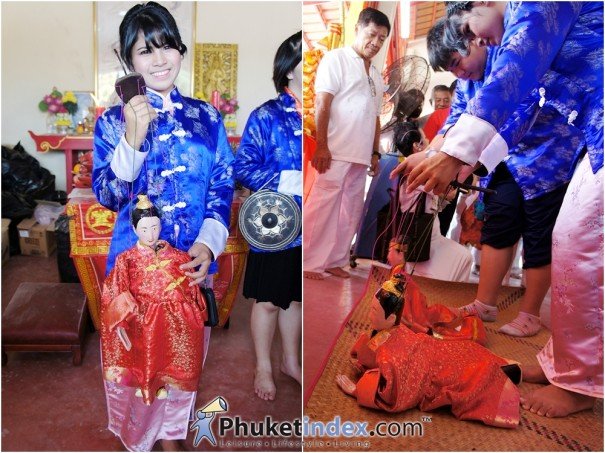 In the past, one of the most famous kinds of Chinese hand puppet performances to be found in Phuket was “Garle Puppet”, usually performed at Chinese shrines. However, nowadays they are hard to find due to their lack of success.

Khun Likhit Larleang, a teacher at Satree Phuket School is one person, of a very small group, who can perform a garle puppet show. He learnt how to perform the show from the Chinese shrines he visited when he was a young boy, and he realizes that the hand puppet culture does not have a generation to carry it on, and that there is a possibility that it could be lost in the not too distant future. In view of this, Khun Likhit now offers garle puppet training to students who are interested in the local arts and culture.

He said “I’m a Phuketian who grew up with Chinese culture, which has influence on the local community. When the Chinese shrines held traditional ceremonies garle puppet shows were one of the best parts and they brought me so much happiness,. Although it’s only a small show it generates a smile to all those that watch. Today, as a teacher, I think bringing the science and art of garle puppets to young people in Phuket will bring a spark back into this part of culture, and it will show society that puppet shows have not disappeared but are once again being brought back into the lives of many children. I teach students the basics of garle puppet shows, showing them the importance of the puppet’s movements being in time with the rhythm of the music. At least by showing them this, the students will be able to put on a real show in front of the public.” 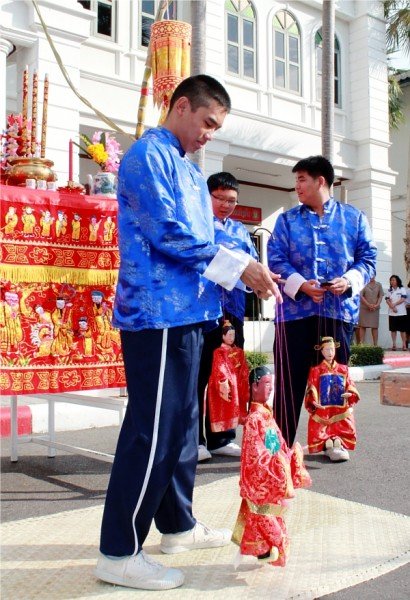 In general, a show needs two performers: the main performer who is the chief or director of the troupe and is in charge of the whole show, including manipulating the main puppets, singing and narrating. The supporting performer manipulates the puppets to coordinate with the main performer, changes the costumes of puppets, and takes care of the stage. The puppets are operated with two hands, one hand operating the puppet’s head and hands, and the other operating the legs.
The puppets perform on a highly decorative stage, accompanied by a small orchestra comprising of a gong, pipe and drum. The backstage music is controlled by the drum player. The drummer needs to pay attention to what is going on in the plot and uses the drum to conduct the other musicians. They follow the rhythm of the sets.

In terms of stories, the Chinese string puppet shows mainly adapt literature classics. One of the most popular shows is The Romance of the Three Kingdoms, a 14th-century Chinese epic novel about the century of war, turmoil, and bloodshed known as the Three Kingdoms Period (188-280 AD).

The tale begins in the last days of the corrupt Han Dynasty, showing how the government and Emperor lost the “Mandate of Heaven”, and the land fell into anarchy, with various warlords carving out their own territories in a struggle for supremacy. Gradually, out of the chaos, three kingdoms take shape: the kingdom of Shu, led by the virtuous Liu Bei (a distant cousin of the Emperor) and his sworn brothers, Guan Yu and Zhang Fei; the kingdom of Wei, led by the scheming Cao Cao; and the kingdom of Wu, led by the ambitious Sun family. All seek to unify the nation for one reason or another, and claim the right to rule for their own. And so the three kingdoms contend with one another over the century, and heroes rise and fall in the strife, until the nation is finally reunified.