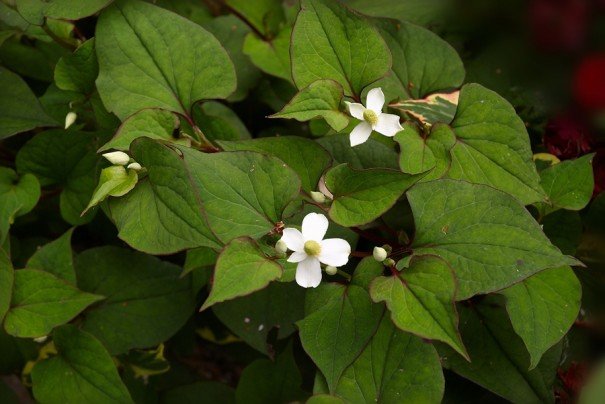 There are two very similar versions of Houttuynia Cordata and each has its own profile when it comes to aroma. The Chinese/Vietnamese version’s aroma is very similar to that of the popular coriander. However, the Japanese version has a very citrus aroma which may say is similar to that of ginger or galangal. There are also a lot of people, especially Vietnamese who say that the aroma of Houttuynia Cordata is more like raw fish, and for this reason it is known by most Vietnamese as ‘fish mint’.

As well culinary uses, Houttuynia Cordata is also a becoming increasingly popular for its medicinal purposes, to read more about this please visit http://www.dokudamihealing.com