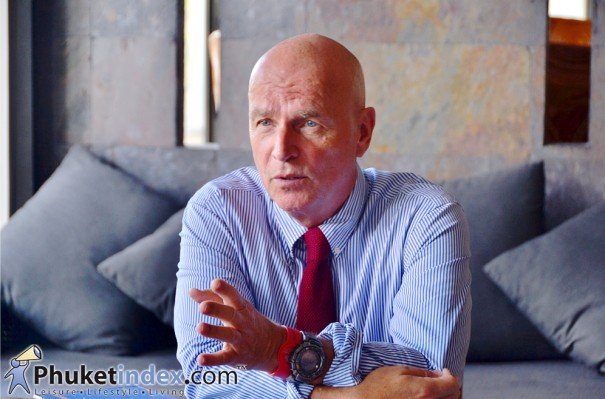 Professor Dr. Michael Klentze, is a cutting-edge anti-aging expert, revered doctor, scientist, lecturer and author. He started studying medicine at Ludwig-Maximilians University in Munich in 1969 and received his medical degree from here in 1975 with the grade of “excellent. As of August 2012, he was officially appointed as Chief Scientific and Medical Officer of Thanyapura’s Integrative Health Center (TIHC). Phuketindex.com was privileged to have recently been invited by Thanyapura to conduct an interview with Dr. Michael where we found out more about him and his role as Chief Scientific and Medical Officer of TIHC.

Could you tell us about your past career and how you ended up at TIHC?

I am a medical doctor with degrees in six medical specialties: gynaecology, psychiatry, genetics, endocrinology, sports medicine and natural medicine and I practiced in each these fields for several years. However, more recently I became involved with research in neurochemistry, genetics and stem cells. I’m very proud and honoured to say that I owned the first Anti-Aging (AA) Clinic in Europe, the Klentze Institute, which was founded in 1995. From 2008 to 2011 I functioned as International Medical Director at Vitallife (Bumrungrad Hospital, Bangkok), where I was responsible for developing treatments, diagnostic programs, pharmacological products and more.

I founded a number of further AA clinics worldwide (Madrid, Barcelona, Istanbul, Houston) and supported many clinics in scientific knowledge in this area. I supported hormone therapy in preventive medicine in Europe, working as consultant for Pfizer and it was my honour to be co-founder and secretary general of the European Society of Preventive, Regenerative and Anti-Aging Medicine (ESAAM) along with President Professor Christos Zouboulis from Berlin, and co-founder of ECARE, the European Center for Aging Research and Education together with President Professor Jesus Tresguerres from Madrid, where I functioned as secretary general. After leaving for Thailand I became the Honorary President of ESAAM.

How I ended up at TIHC is a lot simpler to explain than my previous careers, my friend Klaus Hebben, chairman of Thanyapura, asked me to join the Thanyapura team and develop the scientific medical basis of the center. Since August last year I have been leading the team here where they offer the basics of preventive medicine: exercise, diet and mind caring in a holistic way. 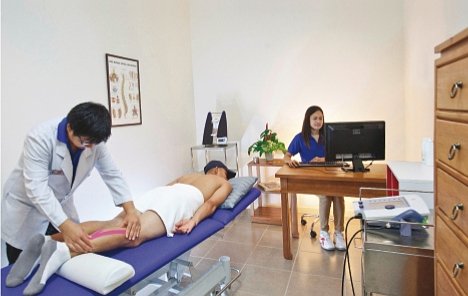 Could you explain what an Integrative Health Center is exactly?

The current medical concept is: create specialists for every organ and forget the basics: that is, all organs and its functions are connected with each other. We work in the field of preventive and regenerative medicine, reviewing the body´s functions with a holistic approach. If you have pain in the knees, the teeth can be the cause, as you bite and the muscle tension leads to relaxation or tension in other parts of the body. Inflammation is all over the body, always. There is no isolated inflammation. A rotten tooth can create heart problems, joint problems, immune problems and more. Chronic inflammation is one cause of aging, that’s why some people call aging inflammaging.

What is your main duty as Chief Medical and Scientific Officer of Thanyapura Integrative Health Centre?

I am responsible for developing the programs for diagnostics and treatments, and also overseeing the treatments. I am also responsible for driving the scientific background of the clinic. However, saying that the clinic also has another branch, the KLENTZE MEDICAL FACULTY (KMF), and is from the KMF here in Phuket that we teach doctors from all over the world in preventive, regenerative and Anti-Aging Medicine. Phuket has become the capital of Anti-Aging, from where the science, education and clinical training are released. This brings a higher reputation to the island and more students, who study under KMF and TIHC.

What does the Thanyapura Integrative Health Centre offer and for who can benefit from its services and in what way?

Under the previously mentioned tasks, it is understandable that the clinic’s “software” follows the 80 medical protocols, which we call professional medical instructions. These protocols for diagnostics and treatments are always updated and contain cutting edge medical science.

I develop the scientific programs for International conferences in Thailand, e.g. A4M Thailand. As I have treated many patients worldwide, my name has became a brand in this clinical field and many patients are now focused on coming to see me here in Thanyapura, where I am supported by our Thai medical Director, to get recommendations, consultations and treatments in order to maintain their health and get old in a way of high quality of life, health and happiness. It doesn’t matter if a patient is 6 or 60, our unique treatment programs will optimise health through using individualised testing and supplementation. 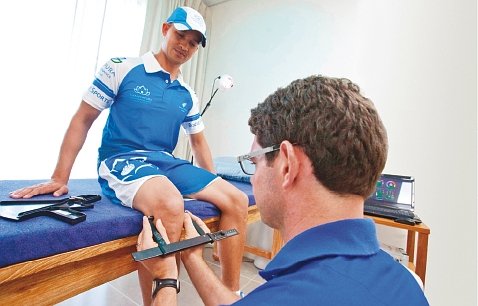 Could you tell us about your Preventive medicine testing and how it works?

Prevention means: seeing into the future. How can we do it? We use the most advanced laboratory technology in the world to carry out genetic tests; by using these advanced tests we are able to go into the very depth of the cell, which enables us to detect tendencies of upcoming diseases in later years, something which regular hospital blood tests cannot do. We will then prescribe 3 months worth of nutritional, hormonal and pharmaceutical formulas, made by the most advanced pharmacies in Europe and Asia, to treat a patient’s condition and which suit each patient’s blood test results. It is important to point out that the medicine has to be personalized, not one shoe fits everybody. So in opposition to mainstream medicine, everybody gets custom tailored treatments.

You must have seen many advances in medical science since you began practicing, how much mare advanced do you believe it can get?

Science develops rocket like. From hormone treatment for older men (which was believed to be dangerous in the old days and is now a treatment called Andropause, and recognises that male hormone deficiency is similar to that of the female’s menopause) to genetic testing, personalized medicine, bio identical hormone treatment , mitochondrial testing, dried spot tests (easily usable tests which with which we are able to measure nearly 60% of all lab test with only one drop of either urine, saliva or blood) which are extremely good for shipping to other countries as blood does not keep fresh for a long time.

What does the future hold for Dr. Michael Klentze in medical terms?

We are currently developing a special cell-peptide treatment for Skin Rejuvenation and Anti Aging; stem cell banking has become a personal apothecary for everyone. With this development we are able to treat all diseases of the body with your own cells, rejuvenate the body and rejuvenate the beauty of skin and the whole body shape.

I personally wish that everyone would understand the importance and priority of prevention. Being sick is an endpoint of a long unknown story, playing in the depths of the cell. With new detection methods we might be able to diagnose diseases of later years very early and prevent the outbreak of a disease, stop a relapse of cancer or diabetes, heart disease and more.

Based on the triad of sport, diet and mind, I have found great support in Thanyapura, its chairman, its president and the wonderful team.