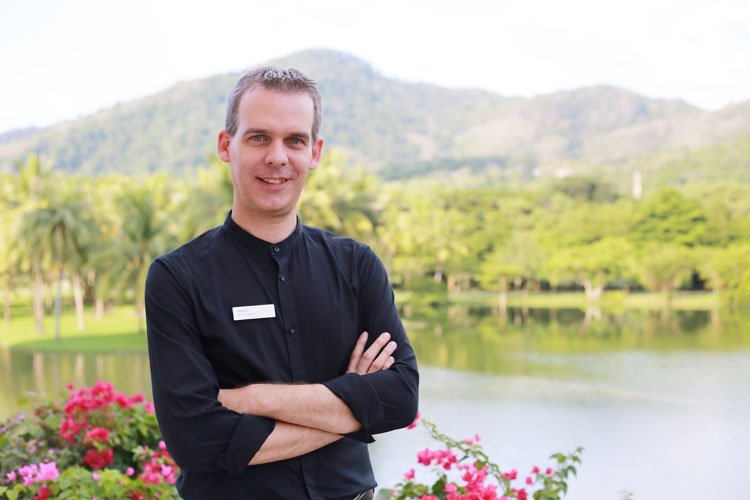 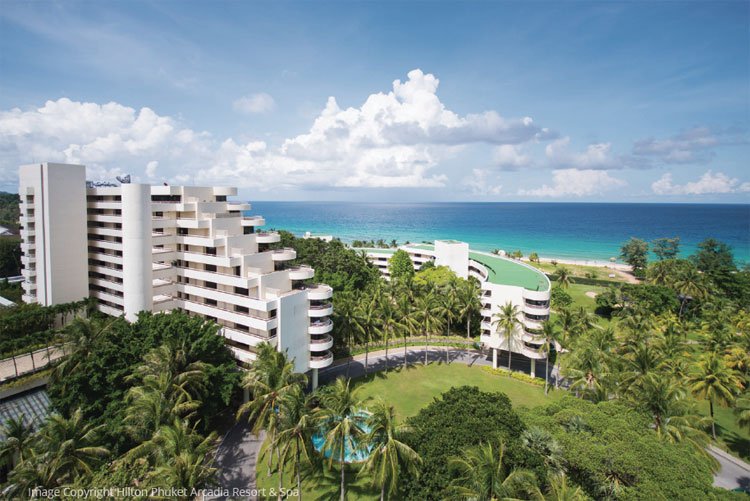 Markus Kaliss, 43, from Stuttgart, General Manager of Hilton Phuket Arcadia Resort & Spa, talks about his vision for One of the Biggest Hotels on the Island.

Could you tell us about yourself and your education?

I’m German and about 18 years ago I left Germany and initially I left because I wanted to study English. I joined Hilton in London, and from then every couple of years I got promoted and moved. It’s like a big puzzle in the company – if someone moves, someone else takes the position. From England I went to Wales and then to the Maldives. After three years in ‘paradise’ I went to KL and then to China – I spent six years there and ran two properties so I deal with all our Chinese guests as I have had a lot of experience. Then I was 18 months in Indonesia – a very interesting place – and then came here.

Education? In Germany I was an apprentice more on team level, it’s school on one side and practical on the other side. I went through every department. I cleaned rooms for three months; I was a room service waiter; I was a bellboy… I know most of the rank-and-file positions because I’ve done them. It gave me a very good understanding of people’s jobs.

How did you come to Hilton Phuket?
My wife is Thai and I’ve always wanted to work in Thailand. It’s like a puzzle: It’s not like “Oh I want to go there”. No, if somebody moves then head office looks to see who has the correct background, who fits into the culture and who fits into a property. I did not expect to be here as I was only 18 months in Jakarta but then when I was asked if I was interested – as my wife is Thai and I know the Chinese market which is very big here and know Thai culture through my wife. That’s how I came here. And for my wife, moving to Thailand is like a dream as she’s lived 10 years away. I’m very happy here and I believe I understand the culture a little bit – at least more than the ‘normal’ farang. So it was a good move for me and for the hotel and I think it was a smart move from Hilton. 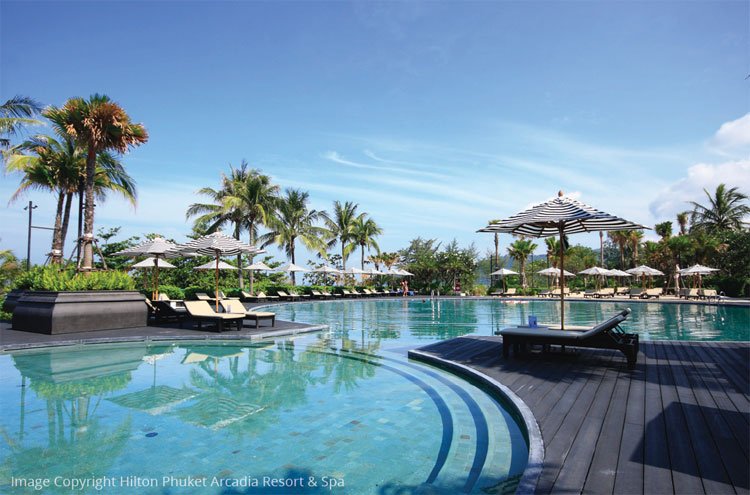 Could you tell us about Hilton Phuket?

We’re the biggest hotel on the island and for me space is luxury… Even on a day like today when we ‘only’ have 800 people you hardly see anyone because we have five swimming pools, and 8 food & beverage facilities. If you look around, some hotels are condensed and built on small plots whereas we have a whole park around us! It’s a very established hotel and it’s been here for 29 years – a Hilton for 13 – so the team knows very much how things work. They’re very experienced unlike my previous hotel which was only open for two months with everyone new to their job and needing help! Here is the opposite; the hotel runs [itself] and I can look at the bigger picture. 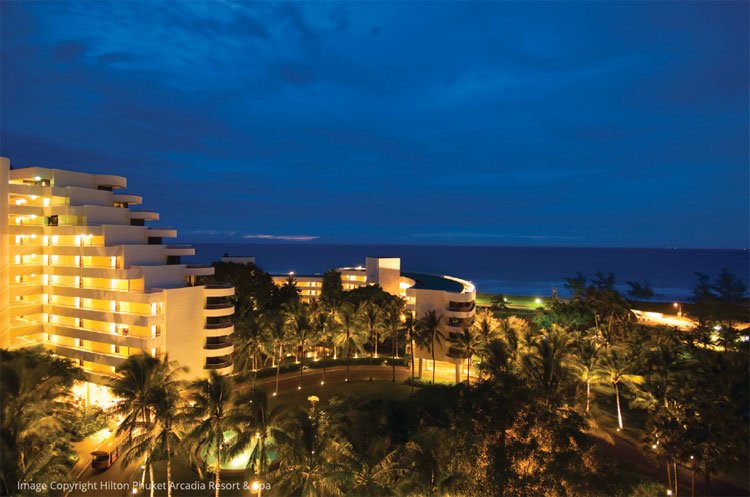 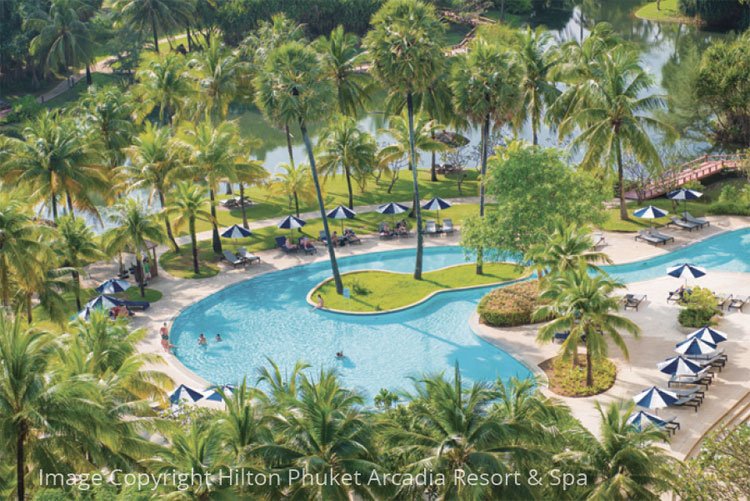 What is your goal for next year?
This is a big operation and we need to deliver certain numbers. For me that’s the base. Being the biggest hotel in Phuket I believe we can make a difference. Sustainability is something that’s getting more and more important for example we’ve quit using plastic bottles in our meeting rooms and we use recyclable glass now. Very easy; if we can do it everybody can and reduce so much waste and really make this a green island. This hotel has a lot of potential because we’re running successfully, we have time to look at other things and become a role model.

Then there’s the community; we’ve just pledged to hire people with learning disabilities because we have a lot of jobs that are not so diffi cult to learn and we want to give people a chance. We’re also building a hydroponic garden for Phuket Special Education Centre. I don’t believe in just giving cash for charity, that doesn’t help; if I employ these people, and if they can grow vegetables and make a living, it helps them. I have a very involved team that loves to do these things; there’s a culture behind this – ‘Blue Energy’ that drives us to do these things and because we’re a big hotel with more than 700 team members, if we need 15 people to build something, no problem, the operation continues and that’s why I think we should be a leader on the island with regard to these things. So there’s no such thing as one goal.

What is your lifestyle?
I’m a family man. I have two daughters, two and five years old. My partying days are over; I go home at six o’clock every day to have dinner with my kids. I may be back in the office at 7:30 when they sleep but I’m not a crazy workaholic. For me family is number one and hotel number two and not the other way round. We love travelling and even though my kids are little they’ve travelled extensively. This summer we went to Italy. The kids are used to fl ying – they fl ew before they could walk! But here there’s so much to do it’s almost like being on holiday! So for me, family, travelling, that’s our lifestyle.