This is part from Hitoshi Miyashita’s conversation during Classical Guitar Workshop by Hitoshi Miyashita at Yamaha Music School Phuket, to pass on his path on classical music to the new generation students before he and his duet partner Mr. Tomonori Arai will step on the stage to perform a mini concert in the evening of 27th November, 2014 at Sound Gallery by P.K. Inter Music. 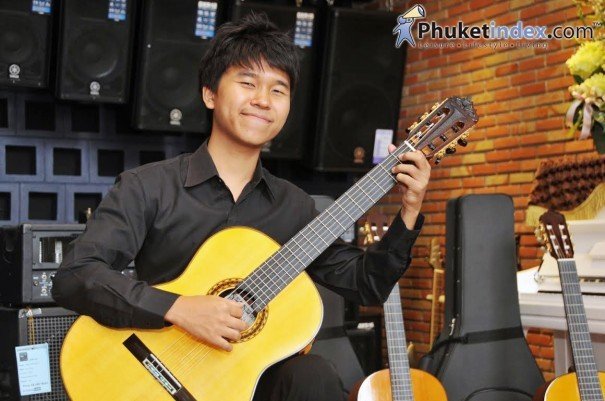 Phuketindex.com has a great opportunity to learn more about Hitoshi Miyashita. He is a new generation classical guitarist who has been accepted in the international level, guaranteed by many awards from different stages in several countries. A young boy with a tanned skin tone in a black shirt and a black slack greeted us with a beautiful ‘Wai’ gesture and a clear ‘Sawasdee’ as he is a mixed blood; Japanese father and Thai mother, who was born and raised here in Phuket.

He’s now ready to let us learn more about him.

When did you begin to interest in music?
It was when I was 12 years old, grade 6 student. I have a chance to see a man was playing guitar at the food court in Big C Super Center. I was attracted so deep sitting there watching him performed and I was back home busying with the thought of trying this in my head. After a while, Yamaha Music School opened at Big C so I turned to my mother and told her that I would like to learn how to play guitar. Until I got the approval from my mother, I went to the school for application on my own. Not for long, I chose classical guitar for myself.

Why it has to be classical guitar?
Classical guitar has its unique sound which is mild and presentable to ears and different tones. It allows player to add imagination and their ‘self’ into the music. In addition to that, there are many songs composted by international composers which used classical guitar to communicate. I myself have a preference on romantic classical music and contemporary music. After a while in class, I had a chance to participate in Yamaha Thailand Music Festival contest, featured in the final of the national contest and won the 2nd place in 2007 and the 1st place in 2008. 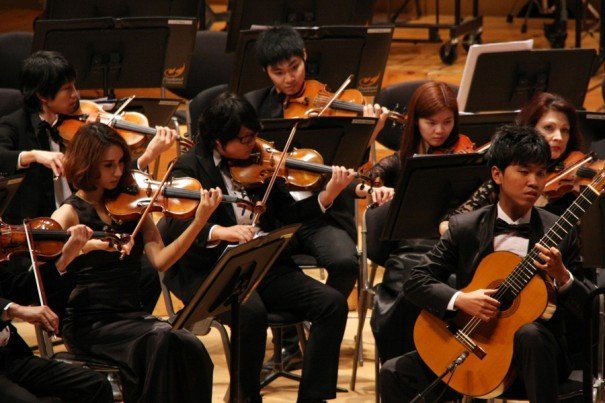 Where after that were you heading to?
After I finished my secondary education from Srinagarindra the Princess Mother School, Phuket, I was granted a scholarship to study in Classical Guitar major at Collage of Music, Mahidol University from high school to 4 years in higher education level. Here is where allowed me to understand more about music as I had a chance to learn its history, playing techniques, meaning and Interpretation, and surround by those people who have music in their hearts. I was blessed to have teachers like Teacher Prasong Pon-intra, Teacher Tawee Maneejarutus and Dr. Paul Cesarczyk.

Performance and Contest
I’m actually not a trophy hunter and I don’t have a thought compete with others. I’m here to self-satisfy my curiosity towards classical music from the beginning until now. I would like to know more and be a real musician so I practiced hard that I can discover new ways of playing. Anyway, years passed, on each stage I have been pushed on, my experience grew. I’m honoured that my music can attract the listeners and been accepted. Every time I participate the contest it just like entering into the wider world of music with a multitude of listeners who keeping their ears on my music. The award or trophy is a good moral support and like an indicator of what I am doing and where I am now.

Experience in Germany
As I have so many questions in my head about the meaning of classical music, I then seek a chance to go to Germany. I contacted Mr.Hubert Käppel a famous German classical guitarist whose work attracted me a lot. It’s so unbelievable he replied my email and agreed to teach me. I was invited to stay at his place for a week to learn his own style of music and techniques. It was a very valuable moment of my life. 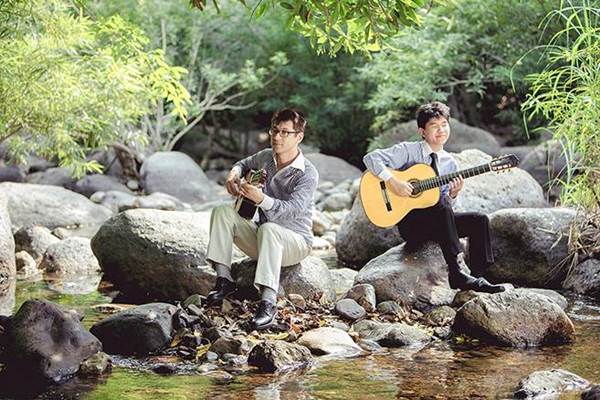 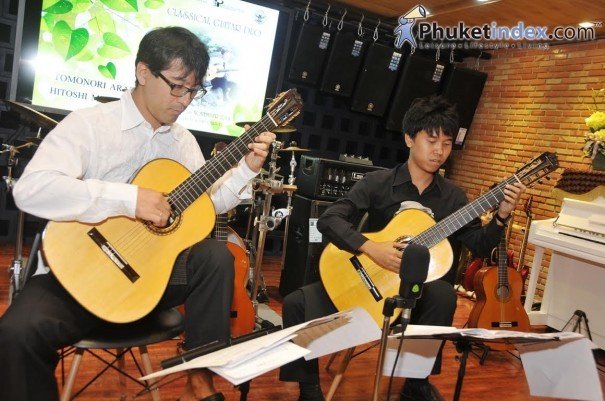 Do you think what brought you here?
I started to learn it at the age of 12 which is considered a bit late compared to those who started at the age of 5-6. I have to spend hours for practice and have a very high concentration. I have to work very hard on defining what are my strengths and weaknesses, what should be improved or what should be corrected. If you ask what brought me here, I would say it might because of I have the heart to play and I don’t think it’s boring to practice and I don’t think that I’m expert or enough that make me always want to improve myself.

Your future
I insist that I never wanted to be the famous musician or a well-known person. I just would like to do my best every day. I believe that every day is learning whether it is situation, people or place. All can be the inspiration. For the future, I don’t think I can just sit and wait for the success to come but I will do my best out of every day and believe that it will bring me luck and opportunity. Recently, I and Mr. Tomonori Arai have our own album together. All are classical guitar instrumental music which is now on sale in Japan. I’m thinking about the other projects and trying them out.

Your message to new generation musicians

I think the most important thing for musician or for whoever you would like to be is to be a good leaner, good thinker, good questioner. Teachers cannot make you an expert but they will teach you how to be an expert. We have to take it ourselves and have a clear vision of your path.

Phuketindex.com is honoured to a have a chat with Hitoshi Miyashita as he has a very strong passion on classical guitar and he can make it until he has been accepted in the international level since his early age. Mr.Sasawat Limpanich (Jom), the executive of Yamaha Music School Phuket told us that when Hitoshi was the student at the music school, he always arrive early before the opening time, practice until the closing time and he spend over a year to save his own money for getting his first own classical guitar. The classical guitar he using now costs hundred thousand baht. It is the support from the sponsor and he doesn’t have to pay for it himself. Hitoshi told us that regarding to this he actually paid it with his time and energy spending for practicing over years. There ain’t no such thing as a free lunch.