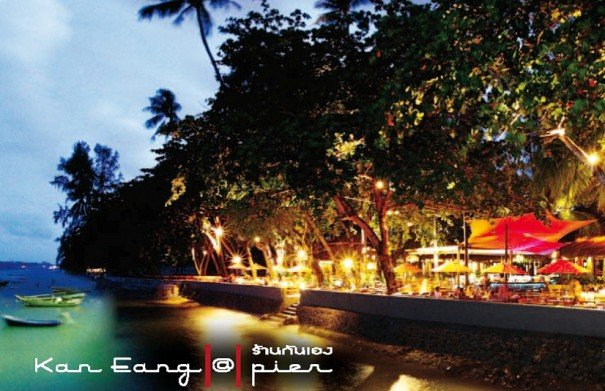 Ask any local, expat or frequent visitor to Phuket to recommend a good seafood restaurant and we’re sure most of the time their reply will be the same, Kan Eang@pier. 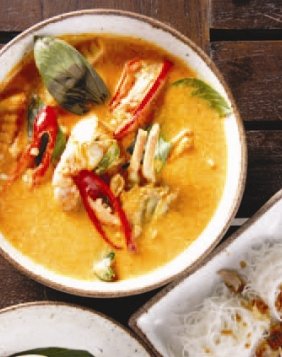 The restaurant, a favourite with locals and visitors to Phuket, will soon celebrate its 40th anniversary, and even after all these years, its 200 metres stretch of waterfront overlooking Chalong Bay is one of Phuket’s stand out dining experiences.

Come with us as we trace four decades of history from the inception of Phuket’s original seafood destination, all the way to the present.

The Pachantabutr family has run Kan Eang@pier since its inception in 1973, where the restaurant’s story has much more humble beginnings than the seafood giant you see today.

Chamnan Pachantabutr is a local man, raised in the area, who cooked and sold traditional seafood such as Bua Tod (batter fried fresh-water weed with shrimp), Hor Mok (steamed fish curry mousse wrapped in a banana leaf), Pla Mong Pao (Coconut husk BBQ Jack fish) and water to the local fishermen, some of whom still work in Chalong today.

There was only a small grocery store then and even though many of his patrons could not pay for the food that Khun Chamnan cooked, he happily accepted their fish and other catch as payment, sharing meals with them as one happy neighbourhood family on a regular basis. 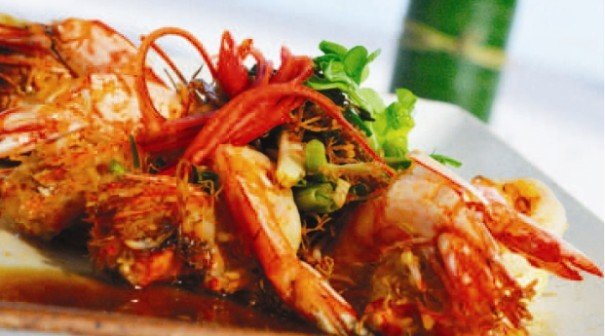 It was actually due to Khun Chamnan’s kindhearted nature the name Kan Eang was first introduced, Kan Eang simply means to ‘feel at ease’. His early local dishes have survived the test of time as well, many of them can still be found on the menu today.

Back in its early years, Kan Eang was more of a local hang out than a restaurant, but Khun Chamnan began to see more and more people come to sample his food.  As word of his cooking spread, he had to use more space along the waterfront and eventually setup more bamboo salas next to the bay.

His repertoire of dishes began to grow as well, but he still stuck with his original concept of using local seafood to create delicious food. Creamy crabmeat curry with coconut heart served with steamed white noodles and fresh bean sprouts, as well as stir fried fish or prawns in tamarind sauce are just a few examples of what he added.

As time went on, Kan Eang became a full-fledged restaurant purely by the quality of its local cuisine.

Kan Eang continued with a simple look for many years, with ever more customers. Then in 2007, Khun Chamnan decided it was time to change the appearance of his restaurant to meet the expectations of Phuket’s ever growing tourism industry.

He closed the restaurant and personally supervised seven months of drastic renovations, and what emerged was Kan Eang@pier as you see it today; a modern, world-class boutique seafood restaurant and premiere dining destination in Phuket.

The new Kan Eang mixed old concepts with new innovations. The sala atmosphere was retained with the addition of beautiful airconditioned versions of the same buildings, with thatched roofs and unbeatable views.

There was also great expansion on the menu as a range of classic Chinese-Thai dishes and Japanese cuisine such as Phuket lobster sashimi, prawn tempura and meat & vegetable teppanyaki were brought in at the end.

Today, Kan Eang@pier runs like a well-oiled machine both at the service level and behind the scenes. Its continuous aim is to provide first-rate service, use the best ingredients, signature techniques and also create a beautiful atmosphere in which to enjoy it all.

The restaurant continues to evolve, transforming its seaside bar area into Vbar, a terraced venue with sofa seating and chic décor that is perfect for intimate or fun social gatherings.

What stands out as the most radical and far-reaching change to date though is the creation of another restaurant within Kan Eang@pier. This is Vset, a self-contained air-conditioned venue that shares the relaxing vibes of Kan Eang but takes a step in service and brings the highest quality Mediterranean to Phuket’s shores at the hands of multiple award-winning chef, Ronnie Macuja.

Vset may be different from Kan Eang, but you can feel the same passion behind it, as it is the Pachantabutrs’ desire to not only keep their restaurant’s legacy, but also build something new and provide unique dining experiences to residents and tourists alike.

With such a wide variety of options it’s no wonder Kan Eang@pier has not only become a favourite amongst locals and tourists, but also with a large number of celebrities, politicians and high profile people that have passed through its doors.