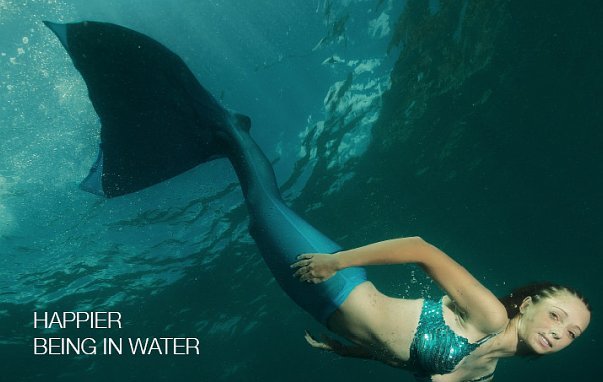 Unlike adults, children’s dreams have no ceiling. Children start dreaming at an early age. They think about their future career, their wealth, their education, and so on. And their dreams can be huge.

As far as careers go, some will choose the typical police officer, fire fighter, or doctor. Others will choose Astronaut, Olympian, or President.

As parents, we have more control over whether our children achieve their dreams than we might think. For kids, parents are inspiration, motivation, and leadership.

You might think that your child’s dreams are unrealistic. That’s the negative adult inside you. You should believe in your child because they believe in themselves; and you’re probably the only other support they have.

26 year old, German born Katrin Felton, also known as Mermaid Kat, watched a video when she was 5 years old; the video was titled “The little Mermaid”. From the day she first watched the video her dream was to be a mermaid. She wanted a mermaid costume to swim in and kept on at her father to buy her one. “You cannot swim with your legs together, it’s impossible, you will drown” was his reply. Whenever she sat at the side of a pool she would cross her legs, look down at them and dream they would turn into a mermaid’s tail. Even when she reached teenage years, Kat and her friends would go swimming and swim in the style of a dolphin, allowing her to have the feeling she was swimming as a mermaid.

After leaving school, Kat was signed up by a leading model agency and was crowned Miss Germany International in 2006. During her time modelling, which also gave her a chance to travel, Kat also became interested in scuba diving and also freediving (a form of underwater diving without the use of scuba gear).

About three years ago, although being successful as a model, Kat decided she was happier being in water rather than standing posing in front of a camera. Therefore, she decided to become a scuba diving instructor, which she felt would bring her closer to achieving her lifelong dream of becoming a real mermaid. She knew by doing this she would be able to model and be in the water at the same time.

It was after becoming a diving instructor and freediver she thought, OK, now there must be a way I can become a mermaid. So she purchased a professional mono fin and made herself her first mermaid tail. It was at this time, about one year ago, that Kat’s dream came true and Mermaid Kat came to life.

Most people see a mermaid as something which is half human and half fish. But in Kat’s opinion, it’s more of a sea member similar to a dolphin or whale. She tells us “A mermaid comes up to breathe as it doesn’t have gills like a fish. Mermaids are shy and don’t want to be seen so much. They just want to be at peace in the ocean, with the oceans beautiful creatures.” 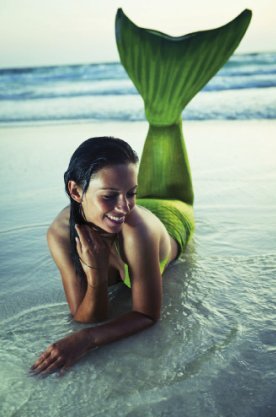 When Kat meets new people, she is not embarrassed to tell them she is a real life mermaid and people are really impressed when she does. People show a great amount of interest in what she does. When she goes out on the boat with divers, she tells them she freedives as a mermaid and they want to know so much about it. They want to know how long she can hold my breath for (which is around 2 minutes) and how deep she can go. It actual amazes them she can do this without any diving equipment. Many of the girls ask her about the tails, which she makes herself, and ask if she can make them one too. Kat says “I think I give a lot of inspiration to people I meet and talk to about being a mermaid, especially young children who may have had a dream similar to mine.”

Being a mermaid affects Kat’s everyday life in quite a big way. If she watches diving videos from great diving locations, she not only thinks about being there diving, but also how she would love to swim there as a mermaid. And when she’s diving she always sees things that inspire her with the designs for her tails.

Kat believes children should hold onto their dreams and fight for them to come true. She believes if you only have one dream, that dream may not come true. But if you have a hundred dreams, maybe 10% of those dreams will come true. She always dreamt of leaving Germany, becoming a scuba diver and being a mermaid, amongst other things, and all those dreams have come true. “People may say you’re crazy and you will not do it, but try and you will prove them wrong and do it if it makes you happy” she says. “I think it’s really important to allow children to have their dreams and parents should not step in the way of them. Support them with whatever they want to do and help them make it” she added.

When she’s out instructing divers, Kat feeds information to others that use the ocean and is one of the few instructors who really try to make sure the students she teaches learn something from her. She tries to put the environmental point across to them in a major way. She will not allow them to touch anything and always takes the new divers to an area where she knows they will be able to relax and won’t damage anything that is alive in the water.

There are a few mermaids around like Kat, but she feels they’re all doing the same things, nice pictures, nice videos and environmental things. Kat wants to try to do something different. She would like to think she can be the Lady Gaga of the mermaid business. You may see a darker side to Mermaid Kat, who will show humans how we have damaged her environment and the consequences of that damage.

Unfortunately, Kat’s father passed away when she was 16 years old so he did not get the chance to see what she’s doing now. He was the one who really said it was impossible to do what she wanted to do as she would drown and she is sad he can’t see her swimming in her ocean the way she does.