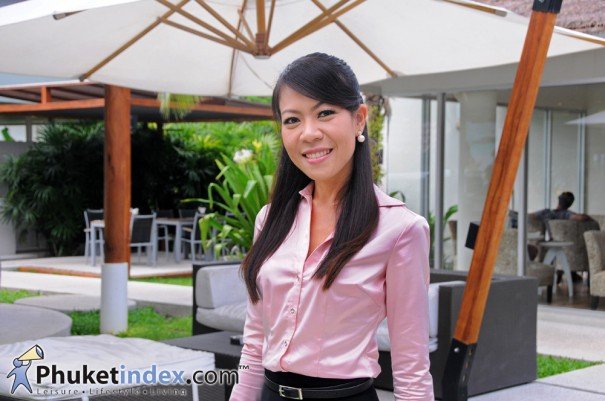 Phuket Island is relatively small compared to other tourist destinations, but all year round Phuket is able to offer both its residents and visitors a wide range of world class events for those who wish to attend. From live music concerts, food festivals, and sports competitions to lectures, conferences, exhibitions, fund raisers, religious ceremonies and festivals, exhibits, and family fun, Phuket has something going on almost every week of the year, and a growing number of these events now draw visitors from all over the world. 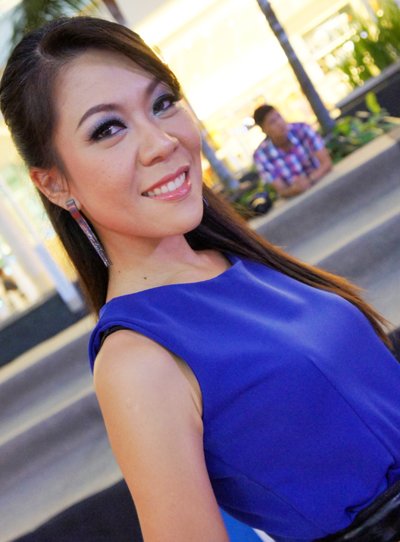 For those who are regular attendees at the island’s events, it doesn’t take long to realize how small the island is, as after attending maybe 3 or 4 events you can be sure that 60 or 70 percent of the faces you will have seen before, and one of those faces is probably going to be that of Kiranee Narabal, Khun Joey, who attends a large number of the island’s events either as a guest, guest speaker or MC. However, for those who know Khun Joey and her hectic business life, it’s amazing that she get t attend events at all.

In the following pages you too can get to know Khun Joey and find out her opinion on the island’s events.

A true Phuketian, Khun Joey is CEO/Co-Owner of Unique Communications – Asia, a communications company specializing in providing public speakers, DJs and MCs for events, and also organizing small and large scale functions. She is also the third generation of her family to be owner and head of the local private Thalang Wittaya Kindergarten and School, along with being a part time lecturer at both Phuket Prince of Songkhla & Phuket Rajabhat Universities. And if that is quite enough to take up a young woman’s day, she also has time to be secretary of the Business and Professional Women’s Associations of Thailand – Phuket Chapter, MC, media host & TV presenter.

How often do you attend events nowadays?

I would say that nowadays it’s at least once a week, there’s always something which comes up which I will be invited to either as a guest, MC or as part of the organizing committee, especially if they’re related to academies or government organizations.

Have Phuket events changed over time?

Yes events here have definitely changed. When I younger, events here were pretty much Thai only affairs organized by government organizations, NPOs, local Thai companies or organizations. At this time everybody in Phuket knew each other either through their families or through business organizations such as the Lions Club, Rotary etc and all the events were organized and attended by this small group of people. However, nowadays with such a dramatic change in the island’s industries events and their attendees are so much more diverse and multi-cultural, and rather than being purely local business or government organized they will involve a sponsor. In the past an event in Phuket would never have had a sponsor unless it was one of such a large scale like the King’s Cup Regatta, where media partners etc would get involved.

Phuket also now has such a diverse group of nationalities that live and work here that the whole image of people attending events here has changed a lot, from the way they dress through to conversation, it is completely different.
I also believe the part that media play’s in Phuket now has changed the outlook of people who attend events here. Before people weren’t worried about being seen but now they want to be, and they’re not just attending for the purpose of business, it’s so much more about socializing with people from a vast range of industries.

Can you tell us something unique/interesting that most people wouldn’t know about you?

Most people know me as a local businesswoman; others know me as a lecturer. However, what a lot of people don’t know about me is that I’m a marathon runner. Those here that are fans of fitness and sport will know that I partake in most of the races that happen in and also outside of Phuket.

In addition, people also won’t know that I’m the secretary for the Private Education Association of Phuket. I, get together regularly with the owners of the island’s other private education institutions to try to develop the standards and services offered by Phuket’s private education facilities. 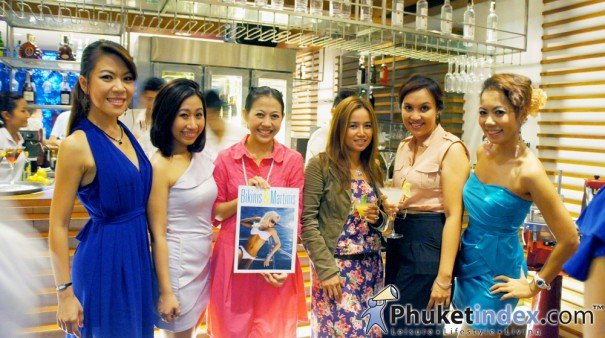 How important is your look when attending events here and why?

For me this isn’t really important. From a young age I have always believed that yes your look is important, but gaining respect is of far greater importance than gaining attention, it lasts a lot longer. Of course I care about how I look but I care a lot more about how I carry and put myself out.

I always attend events in a different role and it is important that I present myself according to my role at an event.
Obviously if I’m attending a themed event I will dress according to the theme, and if I attend a fashion event I will wear an outfit which is made by the event’s designer, it’s important for me that I adhere to and follow the requirements of any event which I may be invited to or wish to attend.

What is the best Phuket event you have attended?

For me personally, this is an event which I was recently asked to be involved with as an MC. Central Festival Phuket was lucky to host an event with Dave Pearson, the world’s number one pool entertainer, and currently the holder of four Guinness World Records for speed pool. He was here to attempt to break some of his world records and I spent a great deal of time with the event organizers and Dave getting to know about him and what he does.

On the day of the event I was at the venue from lunch time until 1am, and the entire event was so impressive and was the best event I have ever been part of.

What are some of the events that people really should attend if they get the chance?

There are many great events here, but in my opinion the best events for foreigners to attend are Phuket’s cultural events such as The Phuket Old Town Festival and Chinese New Year Festival. Why? Because if you’re a foreigner here it’s a chance for you to witness a part of Phuket’s history and culture. An event in Phuket is not just a party on the beach, and people have to realize this.

Although they are not the most luxurious of events, these types of events are a great opportunity for people to learn about and see the real side of Phuket.

However, I do understand that those involved in the organization of these events need to do more to attract foreign visitors. In the long term it will be a big win situation for Phuket, not only will they bring more visitors to the island, they will also help to keep the island’s original culture and heritage.

What event are you looking forward to the most this year?

That would have to be the King’s Cup Regatta, one of Phuket’s biggest and most important events held to celebrate His Majesty the king’s Birthday.

This event could be held anywhere in Thailand but Phuket is lucky enough to have been chosen as the host destination for a world class sailing event, which also marks possibly the most important day in Thailand’s calendar.

In your opinion what is the best regular event in Phuket and why?

For sure it has to be the Phuket Vegetarian Festival; this cannot be compared to anything else because it’s an event that has everything. It offers entertainment, it offers culture, and it offers food and so much more.

When I was younger it was such a small affair for only those of Chinese heritage, but now its broadcast to a national audience and attracts thousands upon thousands of visitors. However, I still feel Phuket could do more to make it more appealing to foreign visitors and not only Thais. More marketing should be done in the English language so that people really understand what the true meaning of the event is and what each of the different days represent.

What are your top tips for those wanting attend Phuket’s events?

It is important that people carry themselves correctly and they respect the hosts of the event. Dress respectively when it is required of you and always greet people in the correct manner, this is very important because after attending events for a short time you can be sure you are going to see these people again. Also, make sure you always carry your business card, something which I am guilty of not doing. Business is around every corner here and you never know when business is going to come your way.