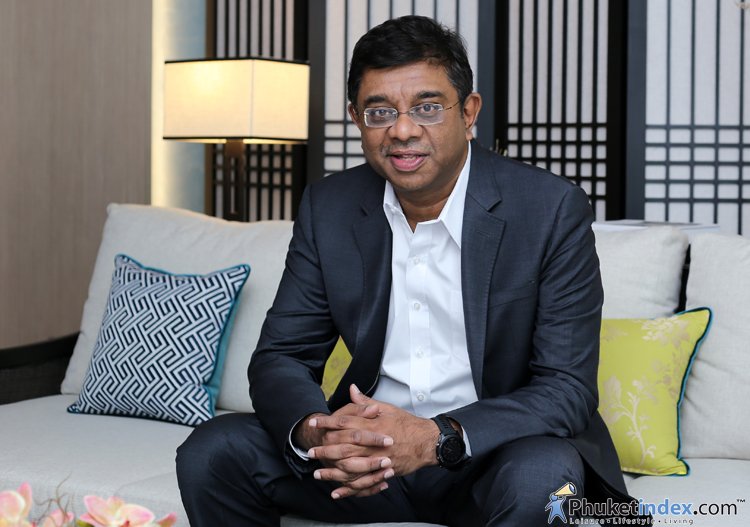 In this issue of Phuketindex.com we are pleased to have the opportunity to interview Khun Ravi Chandran, Managing Director of Laguna Phuket, Asia’s premier destination resort. Laguna Phuket, part of the Banyan Tree Group, has had a long history as an extremely influential resort group in Phuket and recently celebrated its 30th anniversary. During the past three decades Laguna Phuket has contributed greatly towards the island’s success, both economically and in its social development with an active role as a pioneer in sustainability and community development including charity events and organised fundraisers.

What is happening this year at Laguna?

Chinese and Russia remained the key tourist arrivals, and these two markets made up a major part of Banyan Tree Phuket and Angsana Laguna Phuket’s room revenue in 2018. The Government’s waiver of visa fees for 21 countries such as India, Eastern European and China assisted greatly to attract more travellers. Our two key hotels benefitted not only from higher occupancies, but also from our guests’ preference of higher room categories resulting in a combined revenue and profit improvement of 3 percent and 8 percent respectively.

On the property sales front, we successfully launched the third phase of our popular and affordable lifestyle apartment product – Cassia Phuket as well as our luxury residences products – Banyan Tree Pool Villas and Angsana Ocean View Residences. Other segments of our real estate developments such as Laguna Park townhouses continued to sell well.

These large-scale events also demonstrate Laguna Phuket’s ability to cater for large groups in the MICE (Meeting, Incentive, Convention and Exhibition) segment. We welcomed the biggest corporate groups from overseas in 2012, and have become a preferred MICE venue in the Asia Pacific region ever since. In 2018, we were in conversation with many potential overseas MICE clients and, hope to welcome another major MICE group soon.

Sustainability is one of the key pillars of our business philosophy. Aimed at creating social benefits in our communities whilst working to achieve our business goals, many long-term CSR and community development initiatives have been continuously running such as Laguna Phuket Kindergarten, Mobile Learning Centre, Community Learning Centre, Laguna Phuket Scholarship, Associates Saving Cooperative and Seedlings Phuket. 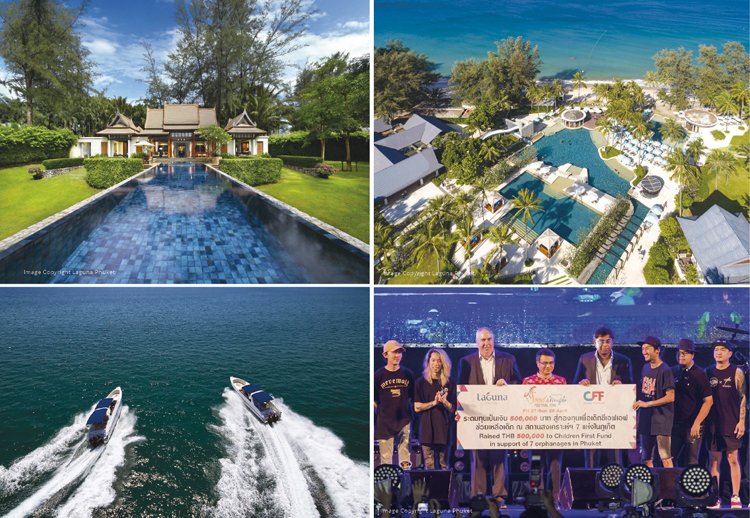 Laguna Phuket is known as Asia’s premier integrated resort. What do you think are the advantages of this integration?

The rigorous and dedicated effort that was put into rehabilitation of the land where Laguna Phuket is today gives visitors the sense of having stepped into a sanctuary, an exotic hideaway within the tropical island retreat of Phuket itself. In 1992, LRH received the prestigious International Hotel Association and American Express Environmental Award for its achievement in remediating a toxic site into an international resort and hotel development project, which has now a strong proven record of environmental conservation.

From the outset, the integrated-resort concept opens doors to many opportunities. With its total of six lagoons, their connecting canals and three kilometres of amazing beach frontage along the sea, the resorts share an extraordinary amount of waterfront – about 13 kilometres in all. And the lagoons are more than just a scenic extra. What had once been unsightly and polluted craters now serve as the heart of a unique collaboration – as unique transport routes for the inter-hotel ferries and as an all-season, all-weather venue for dinner cruises, dinghy sailing and canoeing.

Another perk of being an integrated resort is the range of choices on offer. Some people want variety and excitement; others want tranquillity. Laguna Phuket can offer both. And each member hotel, a distinctive world within a world, presents its own special character, so Laguna Phuket as an attractive integrated destination appeals to singles, young couples, families, second honeymooners and seniors alike.

Integration also generates convenience. Check into any of the seven deluxe resort hotels, and guests can sign for meals or drinks at all of our 30 restaurants and bars. They can use any of the beach facilities, health and fitness centres, childcare centres or the award-winning 18-hole Laguna Golf Phuket and Banyan Tree and Angsana Spas. Transportation between the hotels and facilities is made convenient by shuttle bus or ferryboat throughout the system of scenic lagoons and canals. 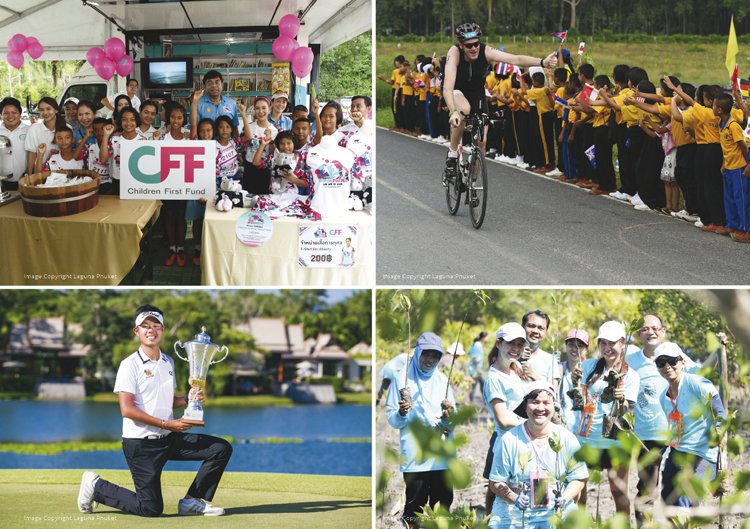 What is coming up next at Laguna Phuket?

2019 will be an exciting year for us as we’re looking forward to welcoming more sporting events to elevate our Gold Winner status as Best Sports Event Venue in Thailand.

In February, we hosted the inaugural Thai Fight Phuket at Laguna Grove, our outdoor event venue by the lagoons. We will once again host All Thailand Golf Tour’s Singha Laguna Phuket Open for the third consecutive year at Laguna Golf Phuket in May, the same month our Greening Community activity will take place. More exciting sporting event opportunities have been knocking on our door recently. Discussions are underway, and we might be welcoming the obstacle races, water sports and beach volleyball tournaments to our destination resort in the near future.

The rest of the year will unfold with many activities that guests can enjoy and from which Phuket community will benefit.

We will also celebrate the 25th anniversary of the Banyan Tree Group and Banyan Tree Phuket this year.

Next Post Luxury Residences for Sale at Baba Beach Club