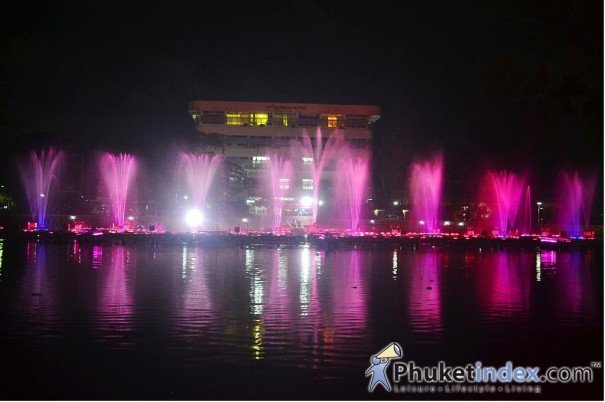 For those who come to visit Phuket Town at night, take time out from the center of town and take a short ride to visit Saphan Hin Park.  Why, you may ask, well the reason is to witness a light, water and music extravaganza that can be found nowhere else on the island.

This 60 million baht musical fountain, the largets of its type in Thailand, was launched on Monday 26th September 2011 to honour His Majesty the King’s 84th Birthday and in conjunction with the 2011 Vegetarian Festival. 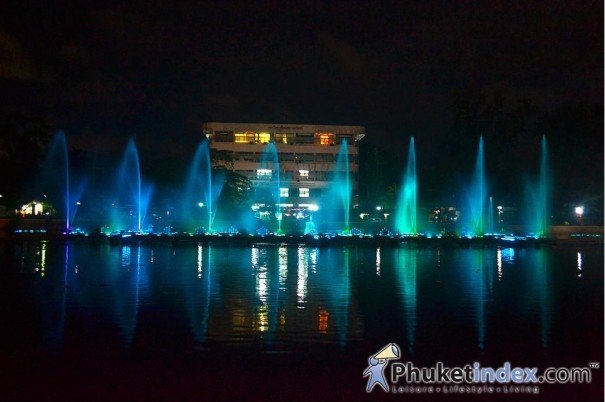 It was the idea of Chief Executive of Phuket Provincial Administrative Organisation – Paiboon Upatising, the organisation of which are also responsible for the upkeep and maintenance of this spectacle, who wants Saphan Hin Park to be developed more as a tourist attraction. 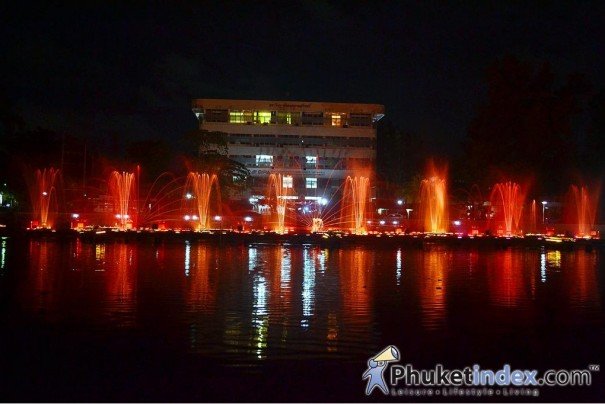 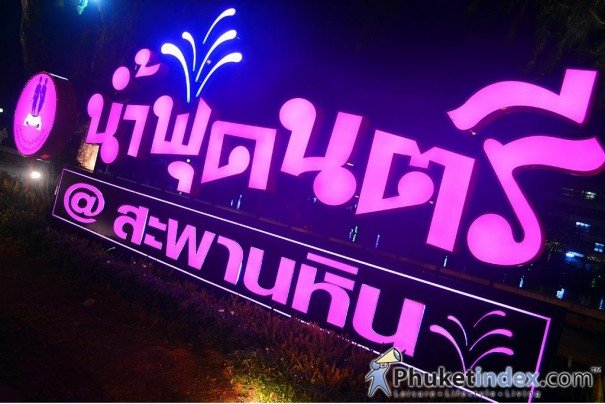 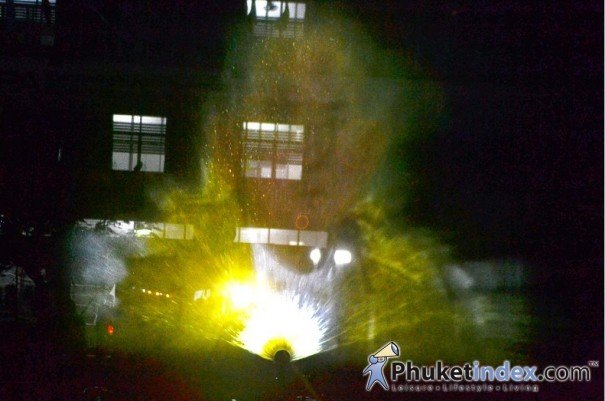