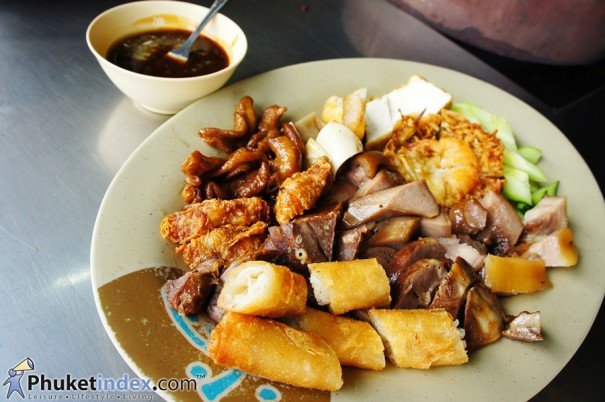 In Phuket food is in abundance, from Thai through to fast food, whatever your taste buds desire you should be able to find. There are also a number of dishes that are local foods which are a combination of indigenous Thai, Chinese and Malay but mainly Chinese orientated due to the large Chinese community within Phuket. Some dishes are very popular with both locals and tourists and can be found easily either in a local style restaurant or street stall that dedicates its space to selling one particular dish. A large number of these local foods can also be found on menus of more up market or resort restaurants, although they may not be the most authentic to be found. 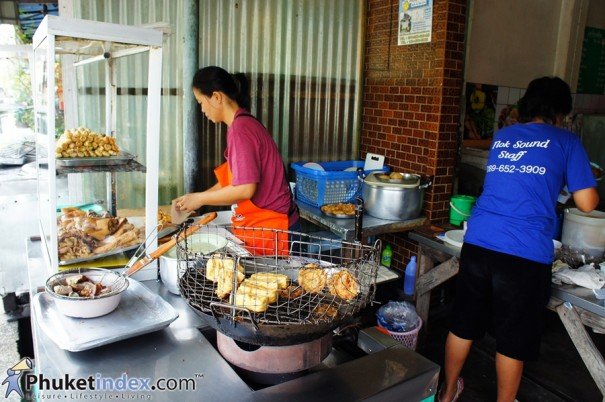 However, one local food that’s not so easy to find and is near on impossible to find on any up market restaurant’s menu is Loba, and there are only a handful of restaurants that offer this unusual yet tasty dish.

One such restaurant is the family run “Loba Maeyanang”, aptly named as the restaurant is located directly opposite the Maeyanang Chinese shrine on Krabi Road in Phuket Town. The shop is currently run by ‘Khun Sak’ and his younger and older sister, and this typical local styled restaurant has now been serving Loba to a large number of locals for over 30 years. 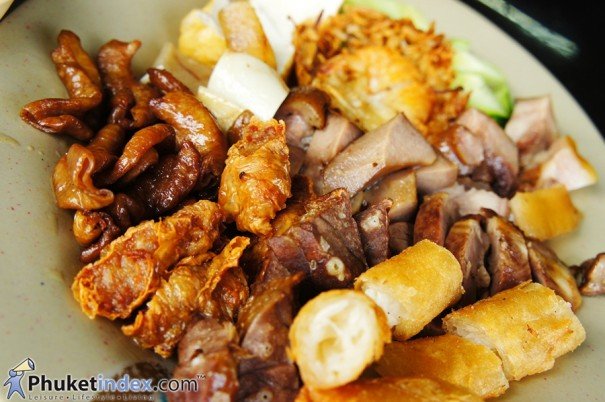 “Loba Maeyanang”, was originally opened and run by Khun Sak’s mother, Khun Manee who enjoyed eating Loba from a nearby shop so much that she first leant to make Loba herself and later opened the popular shop following the closure of the shop from where she used to buy. Khun Manee still has a hand in the business though, she ferments the meat used in Loba in a room behind the restaurant to ensure that customers are eating Loba with its traditional taste. 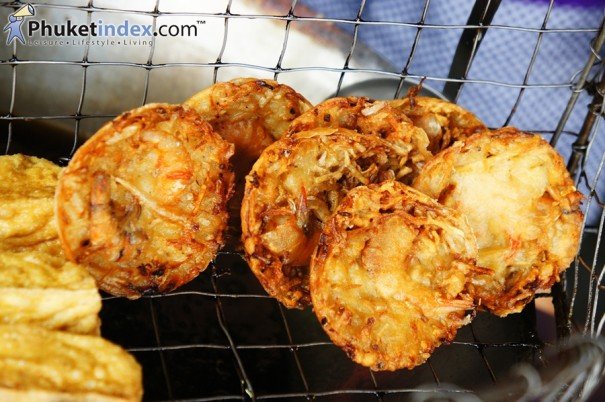 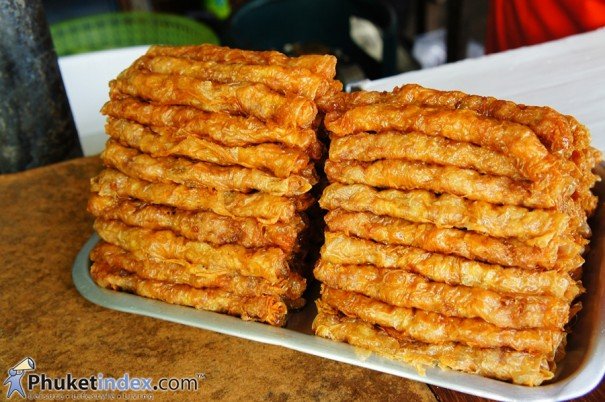 Loba is made from the head, ears, tongue and entrails of pigs which are stewed in Chinese five and soy sauce then deep fried. This is then served alongside deep fried tofu, deep fried pork belly, various Chinese sausages steamed and fried, cucumber and a tamarind-chili dipping sauce. 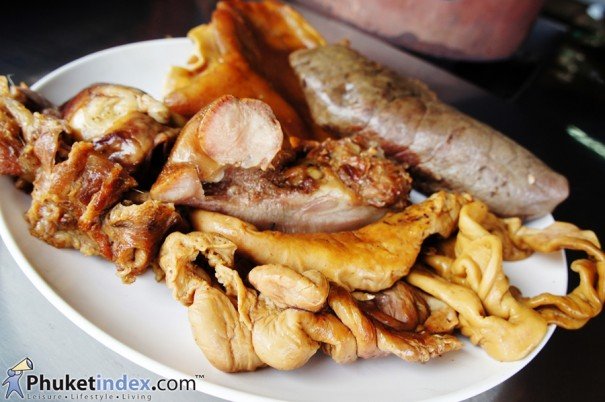 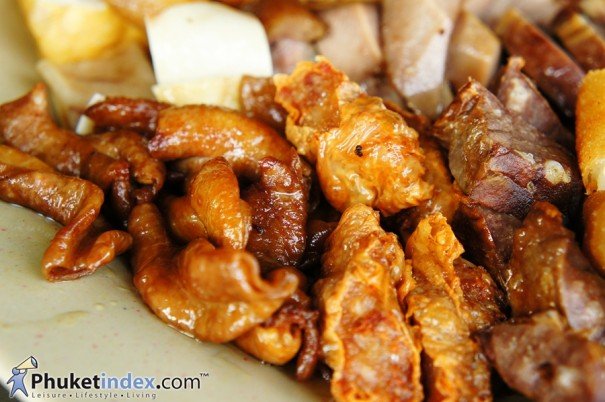 I understand that some may find the sound of eating Loba slightly repulsive, but I’m a firm believer of when being in Rome doing as the Romans do. If you don’t try it, you don’t know if you like it! 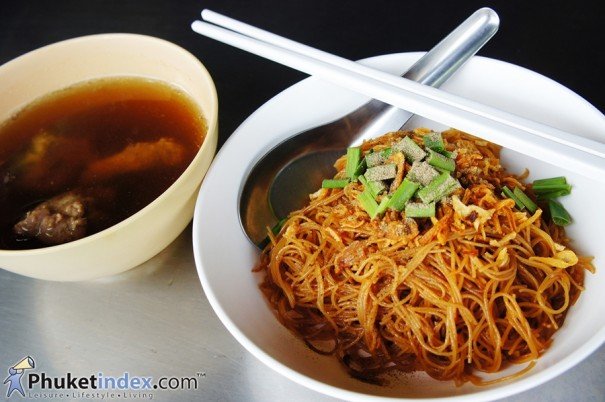 Loba Maeyanang opens daily (except Buddhist Holy Days) from 8.30 – 15.00 hrs and can be found on Krabi Road in Phuket Town, opposite Maeyanang Shrine and close to the Blue Elephant Restaurant.