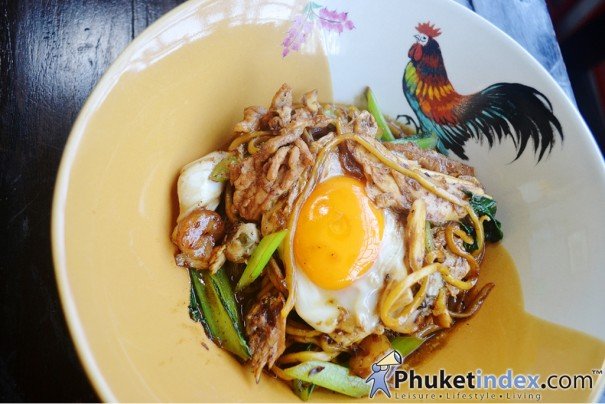 Hokkien Mee is a traditional noodle dish brought to Phuket by immigrants from the Fujian province of China many years ago.

Anybody wanting to experience a true taste of Phuket has to try Hokkien Mee, and in my opinion there is only one place to enjoy this traditional Phuket dish, well 3 actually, because Mee Ton Poe, the island’s original Hokkien Mee restaurant have recently opened a third branch of their popular outlet.

Mee Ton Poe 3 has now been opened by the third generation of the Lim Chu family and although they still prepare and serve the dish the way traditional way, the restaurant is definitely a lot more modern than the two original outlets; however, it does still feature a lot of Chinese touches keeping it in tune with its sister restaurants. And much like the two original outlets Mee Ton Poe 3 will pretty much be full with locals and tourist wanting to enjoy the true Phuket dish. The new branch also has a new menu which offers many more options than the older 2. 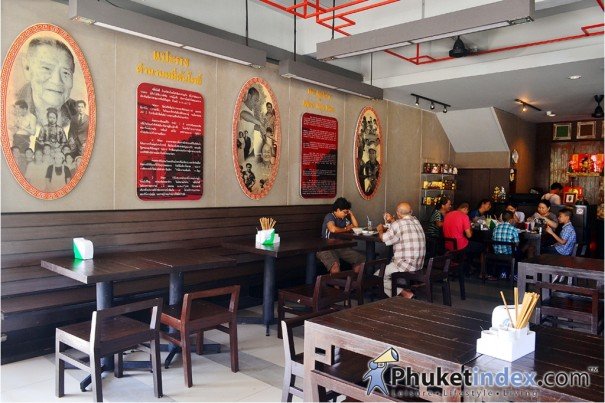 The first and original branch of Mee Ton Poe can be found in front of the Clock Tower roundabout on Phuket Road in Phuket Town, the second and slightly older outlet is located in Kathu on the road leading from the main Tesco Lotus on Bypass Road to Patong Beach, not far from the Caltex gasoline station. The third and latest branch can be found on Soi 1, Sakdidejana Road, Phuket Town.

Hokkien Mee
Yellow noodles are fried in soy sauce together with Chinese kale, pork, fish, squid, and egg and the final dish is slightly salty. Many who enjoy this dish add fried shallots and pork crackling. The flavours can be enriched further buy adding fresh shallots and ground chili. 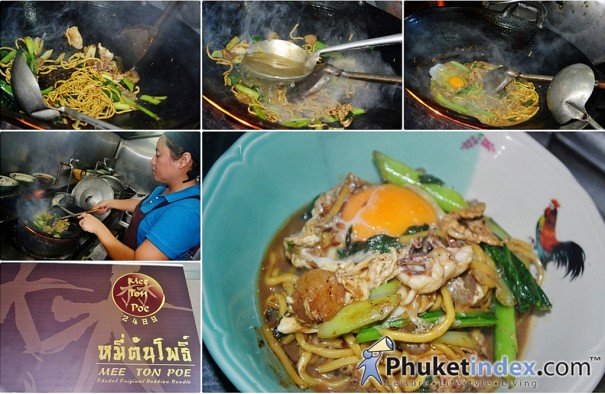