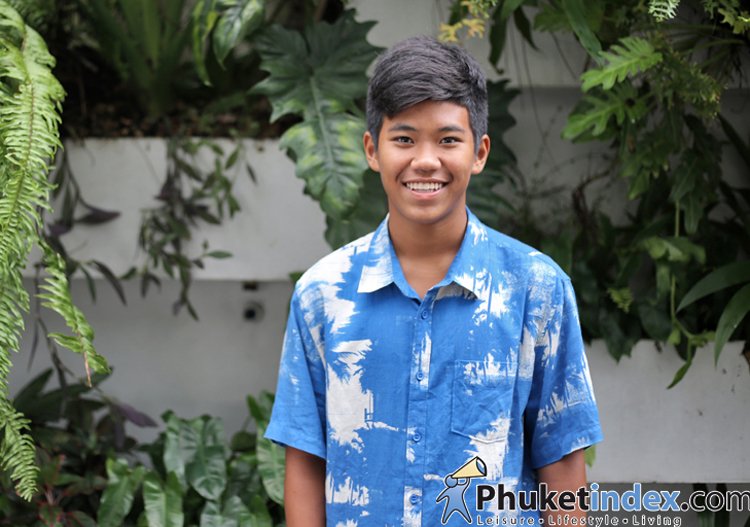 At the age of 14, Nei Isara Singto, a Phuket-born kid turned into a flowriding or flowboarding pro. It’s described as an extreme boardsport incorporating elements of surfing, bodyboarding, skateboarding, skimboarding, snowboarding and wakeboarding. Nei came in 9th at the 2016 Flowrider Chang World Championships held in Singapore. Phuketindex had a chat with him to learn more about this fascinating sport.

What exactly is Flowboarding?
You’ll ride the ‘perfect wave’ with flowboarding. It’s similar to surfing and snowskating. You try to balance yourself on the board and perform tricks.

How about the competition rules?
You’re given about 40 seconds to perform as many tricks as you can. If you make mistake, points are deducted and those who score the most win.

How did you know that this is your thing?
Well, thanks to my parents who have always supported me I’ve tried many things. It was about three years ago when I first tried flowboarding. My mom took me to the Surf House and it was so much fun to ride on the waves and to learn new tricks. It just felt so cool in the water and I kept on doing it until the manager of the place introduced me to the competition. 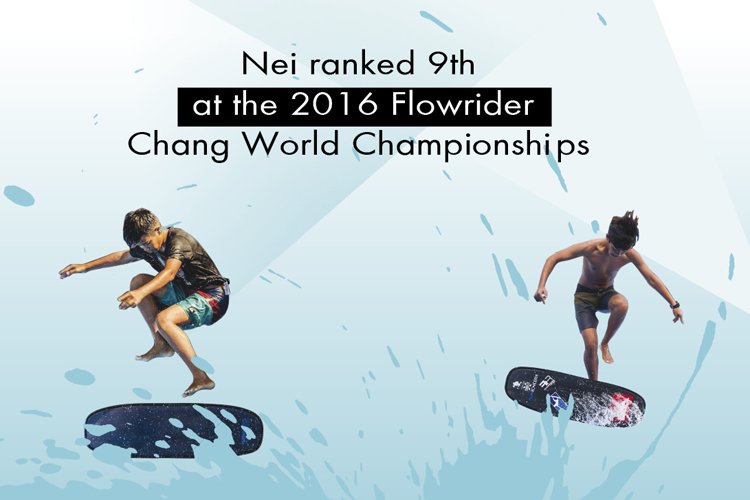 How many competitions have you been in?
I’ve been to events in Malaysia, Singapore and some in Thailand; in Phuket, Hua Hin, Bangkok and Pattaya. The one I enjoyed the most was in Bangkok last year. I was satisfied with my performance and won over four times Asia’s flowboarding champion.

What is your favourite recent trick?
The trick I like now is called the ‘impossible underflip’.

What do you think bring you success today?
My parents’ support and my efforts. I trained hard.

Do you sometimes feel like giving it up?
Yes, I do sometimes, but I have a great mentor with whom I used to learn when I was ordained at younger age. He is a monk in a forest temple in Phang Nga Province.

Do you have any suggestions for beginners?
You don’t have to have your own board when you start because the Surf House will supply it for you. Just prepare yourself for the falls and look for the fun and good times. They have trainers to coach you and I learned at the Surf House in Kata but they also have a new place in Patong. Go wherever is convenient and enjoy the ride!