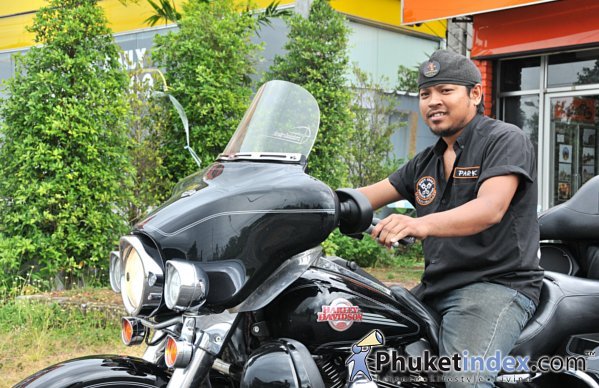 If there’s one thing Phuket is great for its riding big bikes. And for the growing number of big bike riders based here on the island they have the added bonus of not having to put their bikes away for the winter.

In recent years, Phuket has seen a huge increase in the number of people riding big bikes and riding big bikes is a hobby for many Thais and expats who are based here. For big bike lovers there is nothing better than jumping on their machines in their free time, and riding around taking in the amazing scenery that Phuket has to offer and also enjoying the growing social side of what Phuket’s big bike scene has to offer.

Phuket has not only seen an increase in the number of big bike riders, it has also seen growth in the number of shops selling these amazing and often luxurious machines, and a variety of outlets that cater for the riders, be it in the form of bars and restaurants or tour companies that offer riders, both living here or visiting for a holiday, a chance to go out and be shown not only Phuket’s natural beauty but also that of its neighbouring provinces.

A large number of people are also choosing to reach Phuket by means of their big bikes. This is especially the case in April of every year, when Phuket sees its annual Big Bike Week. Back in 1995 when it started, it featured only 150 bikes and around 300 visitors. The ride was organised by Phuket Riders Club and the Immortals Thailand Club, who were joined by big bike riders from Bangkok, Malaysia, Singapore and America.

Next year will see the 19th Phuket Bike Week, and it is estimated the 2013 event will play host to more than 6,000 riders and bring no less than 600 million baht in revenue to the island.

Best of the Big Bike Shops 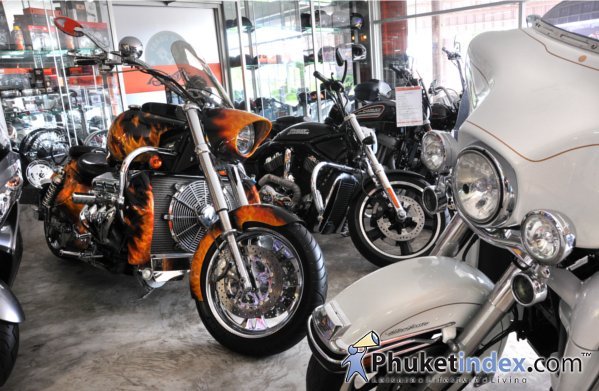 West Coast Ride Thailand are probably the biggest of the growing number of big bike shops dotted around the island and are also the main organisers of the increasingly popular Phuket Bike Week Event.

They sell and rent a variety of old and new major brand big bikes, with Harley Davidson unsurprisingly being the most popular in both categories. The engine sizes of their bikes start at 250cc and can go up to a staggering 8200cc. They also stock one of the largest ranges of parts, accessories and clothing and have a repair 7 service centre.

West Coast Ride Thailand are not only a bike shop, they’re also the publishers of one of Thailand’s biggest big bike magazines, “Ride Thailand”, which is available nationwide, and organizer of some of the most popular tours around the South of Thailand. 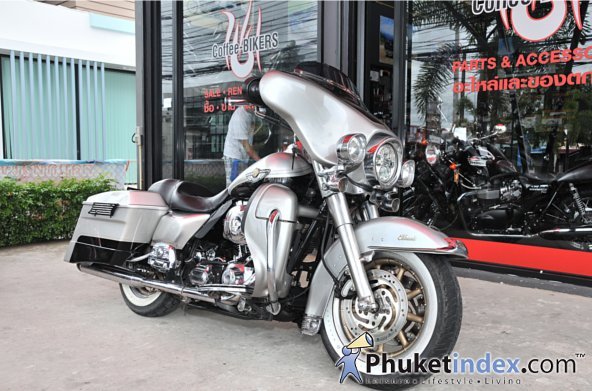 Coffee Biker is not just a shop, it’s a community. Yes Coffee Biker does sell a large range of new and secondhand popular big bikes, from big manufacturers including Ducati, Kawasaki, Honda, Triumph, Harley Davidson and Suzuki. However, the outlet features a concept more similar to that of a coffee shop, selling a great variety of food and drinks, alongside a range of clothing and big bike part & accessories.

The shop is located directly opposite Phuket’s popular weekend market so is an even more popular hangout for Phuket’s Big Bike community come Saturday & Sunday. 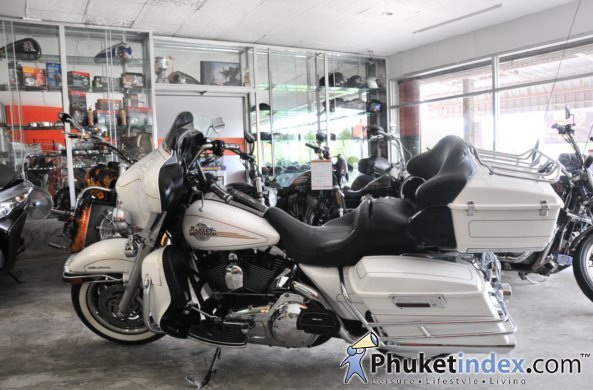 Probably the most popular and well known of the Big Bike Brands and founded in Milwaukee, USA during the first decade of the 20th century. The company sells heavyweight (over 750 cc) motorcycles designed for cruising. Harley-Davidsons have a distinctive design and are especially noted for the tradition of heavy customisation that gave rise to the chopper style of motorcycle. 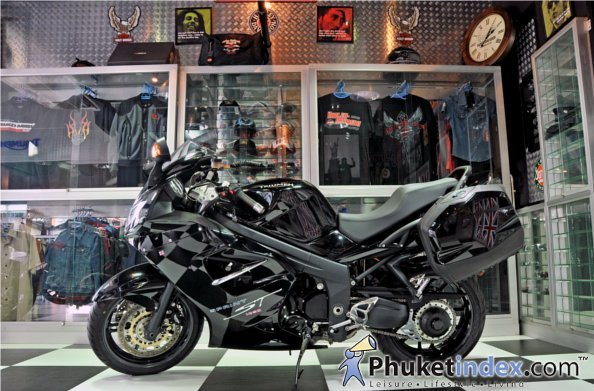 The original Triumph motorcycles stated production in 1902 and is the the largest surviving UK motorcycle manufacturer. Triumph Motorcycles has always had its own distinctive character and a history of creating motorcycles that become design classics.  At the heart of Triumph’s philosophy is a firm commitment to developing truly unique motorcycles that are distinctive in looks, design and performance. 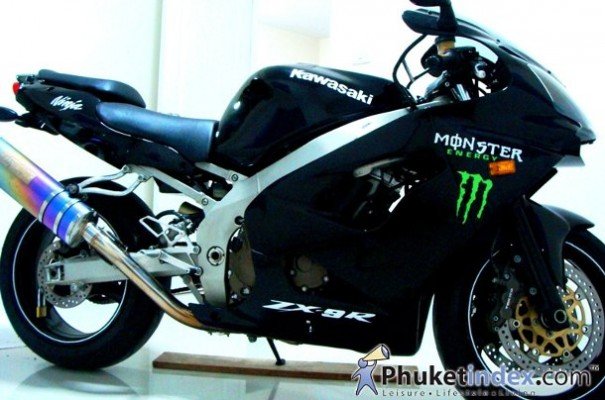 Kawasaki jumped into the motorcycle world in 1960. Kawasaki motorcycles are manufactured at plants in Japan, USA, Philippines, Indonesia and Thailand. 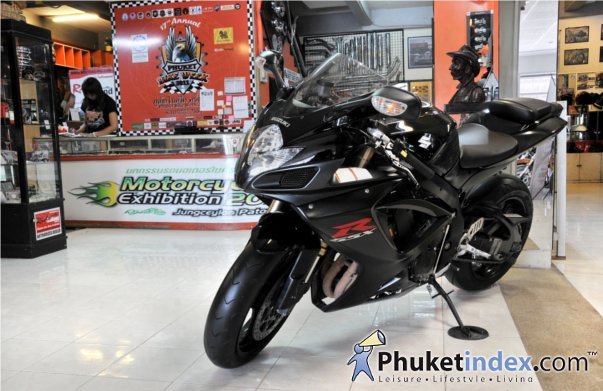 Suzuki started manufacturing motorcycles in 1952, the first models being motorized bicycles. During the 1950s, 1960s and the better part of the 1970s, the company manufactured motorcycles with two-stroke engines only. It was not until 1976 that Suzuki introduced its first motorcycle with a four-stroke engine.

Next Post “Buddhism” practices in the heart of a bustling city