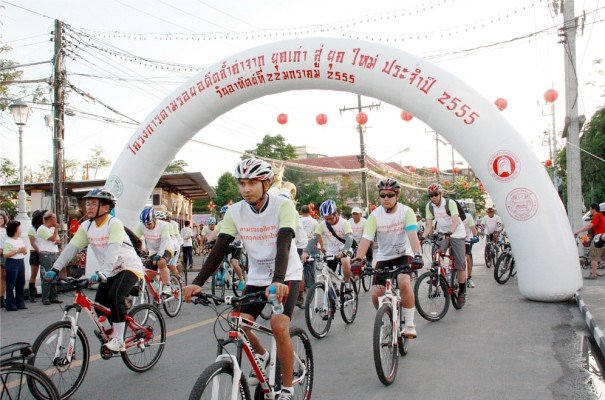 “Phuket: Bicycle City”, is the slogan of the Phuket Cycling Club, Phuket’s best known bicycle club and the group at the forefront of a campaign to get more local people using bicycles. In 2012 Phuket Cycling Club first began to promote cycling in Phuket via Facebook in an effort to fix some of the island’s traffic and air pollution problems.

It was also around this time in 2012 that hundreds of the city’s cycle enthusiasts started to meet for weekend cycle rides, and Phuket Cycling Club looked for alternative ways to try to encourage greater participation in their rides. It was noticed that when rides took place on quieter and safer roads more cyclists would join, the group therefore started to campaign for the government to improve the options for Phuket’s cyclists and to consider installing cycle lanes.

As a result of their efforts, Phuket’s very first dedicated cycle lane was put in place at Saphan Hin early in 2013, and it is hoped that cycle lanes will be expanded to many more areas around town in the not too distant future. 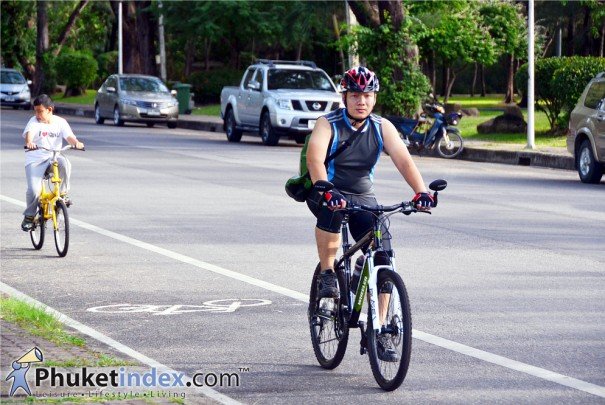 The place for Phuket Cycling Campaign 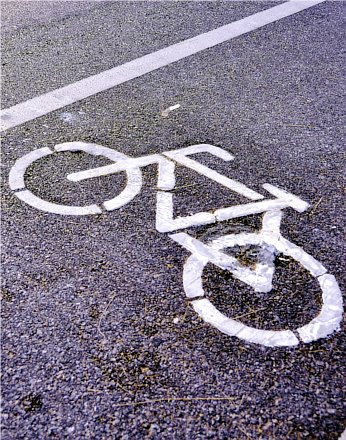 Why was Saphan Hin the first place to have a dedicated cycle lane? Phuket City Municipality was the organization responsible for this project and they provided Phuketindex.com with the following comment…

“Everybody wants to save money; everybody wants to spend less on fuel, so we had to think of ways to help people do this. Phuket is a small island, so why shouldn’t people be able to ride bicycles, which provides them with exercise and are safe. We believed that Phuket City Municipality should take the initiative and lead the way by building cycle lanes and installing bike racks where people can park their cycles securely. Saphan Hin is a large public park located in the heart of Phuket Town and is the perfect place for Phuket’s residents and tourists to come to exercise and relax; there is plenty of shade provided by the trees, and there are beautiful sea views. In addition, there is also a very wide road, and not too much traffic. This is the reason we decided to have the lanes put in at Saphan Hin first.

“We agree with Phuket Cycling Club, and we want to assist them in their campaign to encourage more use of bicycles. Cycling is an activity that is beneficial in the development of the body, and it is important to provide children and people of all ages with an option for using their spare time which will be of benefit to them. In addition to being great exercise, cycling is also a sport which is becoming more and more popular every year, especially with clubs such as the Phuket Cycling Club who promote international arrangements which allow athletes to test their capabilities throughout the year. They believe if they are able to find good athletes they will continue to practice and will bring other people to come and try out the groups rides.” 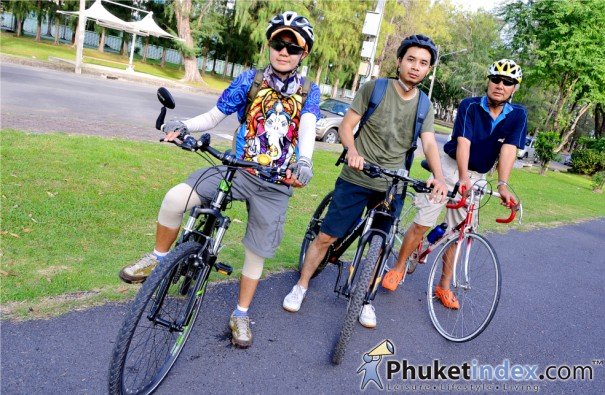 “It is important that we to change the way people think, roads are public, it is not just cars and motorbikes that have the right to use them. However, they must be designed so that walkers and cyclists can use them too. The reason that people dare not cycle is simply because of their safety concerns when using the roads, but if the government supports cycle lanes and provides the facilities, I truly believe that people will choose to cycle more. There are so many beautiful areas in Phuket where you can cycle and these areas, along with cycling, can be used to promote eco-tourism. However, what is important is that all sectors understand that the rights on the road for cyclists are equal to that of other types of vehicles. If this happens, Phuket really can be a city of bicycles.”

“As I see it now Phuket has a lot more people interested in riding together, it is a fun activity, and so many people enjoy it and like to travel around the island by bike. It is also a great way to meet new people and to share experiences. When we have a large group its good fun to join us, we do a day long tour to the main attractions of Phuket such as Promthep Cape, Nai Harn, Patong, Sarasin Bridge, Saphan Hin etc. When you try it you realise that it’s not just about recreation, but it’s also another memorable event in your life. It’s not easy to cycle 20 – 30 kilometres per trip, so you must be patient and really want to do it, but if you can do it you will be extremely proud.”

“Now I’m an old man, and of course I sometimes have health problems; I sometimes have back pains and sometimes my movements are not fluent. Therefore, doctors recommend that I exercise, and I choose cycling because I don’t find it boring and I can do it alone. Since starting to exercise regularly many things have changed, I get back pain less frequently and when I’ve gone for a health check-ups my heart and blood pressure are much better than before.”

10 reasons to start using a bicycle