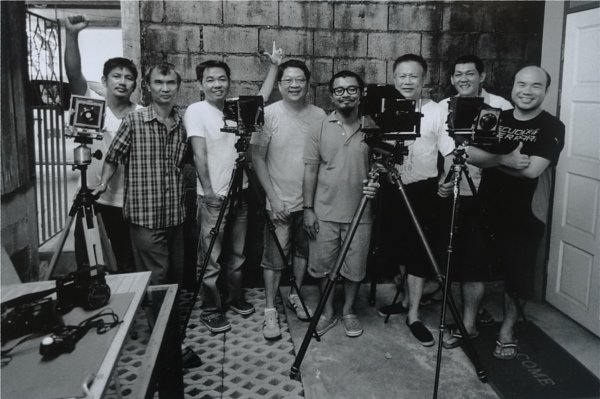 Phuket Darkroom Club, or PDC, was founded in March 2012 by a small group of black & white (ฺb & w) film photography lovers, using a small darkroom in the back office of Rijira’s Kitchen Suppliers as a rendezvous for members’ gatherings, where they exchange their experiences and passions about the monochrome world, and sometimes, continue their conversation in the tiny darkroom while enjoying their print development till late into the night.

It was unofficially started in Phuket back in 2010 by two gentlemen who are passionate about ฺb & w film photography, Kettepon Rijiranuwat (Sak) and Achitrawit Churmung (Loong). The two men shared their dreams and visions to build a good quality darkroom that can be used for ฺb & w film and print development and to enjoy it as a hobby. Furthermore, unlike digital photography, whose popularity is rapidly increasing, b & w film photography was gradually disappearing. Not even one b & w film and print development shop can be found in Phuket town. Sak and Loong found that it was an inspiring point and huge encouragement for anyone, particularly b & w film photography beginners who wanted a chance to use a proper darkroom…..and this was the beginning of the PDC journey.

It wouldn’t be picture perfect for PDC without Jose. Jose Louise Gay, a former Spanish Consulate in Phuket, and a major b & w film photography enthusiast. He had crossed paths with Sak and Loong during his years of service in Phuket and they became good friends. Jose bought a small shop house in Soi Soon-Uthis, converted it into his residence, and used part of the space to keep the largest archives of glass plate negatives which he won at an auction from Liang-Eiw studio when it shut down several years ago. With a kind offer from Jose, a corner of his shop house was given to Sak and Loong to build their first darkroom and their dream was fulfilled. When Jose relocated to New Zealand a year later, the darkroom was moved to a new home, which was attached to Rijira’s office.

In March 2012, a third member, Prapas Kianpotiramared, AKA Tard, joined the group and they decided to officially form the PDC. They use Facebook as a channel to communicate with members and to share their passion, they regularly post valuable quotes from great and famous b & w film photographers, useful techniques, beauties and loves, knowledge and photos shot by members,. In the same month the first basic b & w film photography course was conducted and more members have joined the group since.

To date, PDC has more than a dozen active members in Phuket who meet on a regular basis to go out and shoot films and return to the PDC office to develop and print them. Several b & w photography courses have been organized for members and other people during the past year allowing them to explore b & w film photography and gain knowledge and experience of a darkrooms working. PDC currently has more than 400 friends and members on Facebook and the number is continuously increasing. 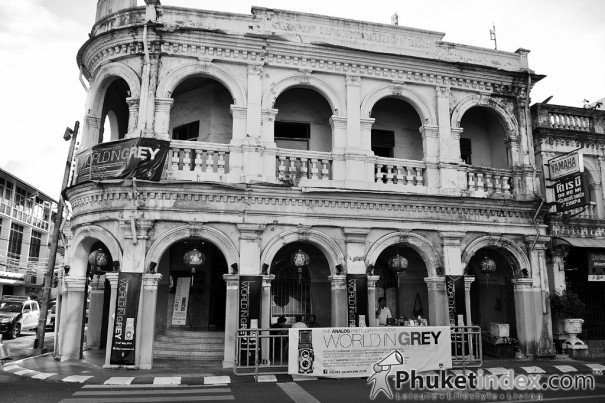 On 1st May 2013 at Chalermraja Cultural Center, Phuket got to is to see its very first b & w film photography exhibition, organized by the Phuket Darkroom Club or PDC. The exhibitions audience was able to enjoy the beauty and charm of more than 50 selective and refined b & w photos from the PDC members. 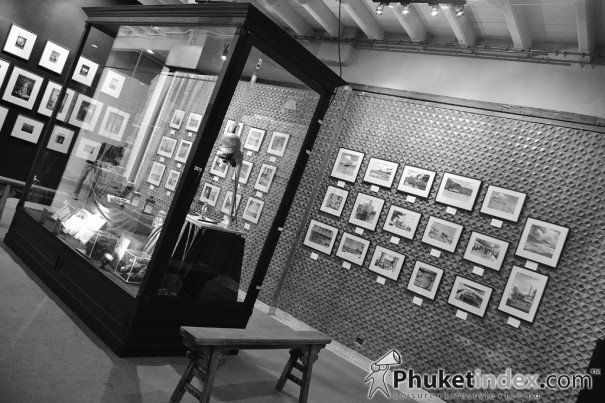 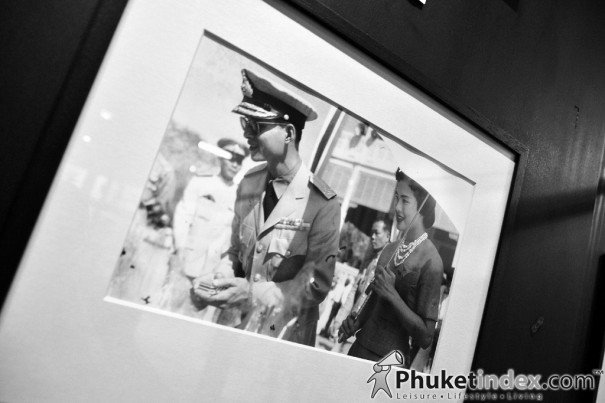 Among the display were old and rare photos of Phuket taken by admired local photographers that have not been published anywhere before. These valuable photos include their Majesties the King and Queen during their visit to Phuket in 1959, an aerial view of Phuket, way of living, old architecture, and the historic tin dredger. All of the featured photos were made using genuine and authentic darkroom processes, something which is hardly used in the modern era. In addition, visitors also had the opportunity to see a group of brilliant b & w film photos from the masters who had crafted and refined their works exclusively to join the event.

Tips for shooting in black and white

Learning to turn off your “color vision” is neither easy nor difficult – it just takes some practice. If you make the effort, it will happen. Look at black and white images as much as possible, and then try to imagine them in color. Observe how the light looks indoors and outdoors at different times of day, intensity of shadows, shapes, forms and textures – they all look different in black and white versus color.

Pay attention to light
Paying attention to light is a basic tip for improving photography all together, considering photography is based on light. The way light falls on objects, landscapes and people is even more important in black and white, as there is no color information. The intensity of the light and how it interacts with the surroundings are key factors in black and white photography. If you’re using artificial light, you can control these factors. If you’re using natural light, you’ll need to learn to work them to your best advantage to achieve the style you want.

Pay equal attention to shadow
Great shadow detail can truly make a black and white photograph look amazing. When shooting film, this works to your advantage as you’ll have more detail in the shadow areas than if shooting digital. Look for interesting patterns and textures when working in shadows, and to obtain maximum detail, meter the darkest area of what you are photographing and bracket based on that reading.

Previous Post Central Festival Phuket – A great day out for all the family!

Next Post Phuket Vegetarian festival – Not for the Faint hearted