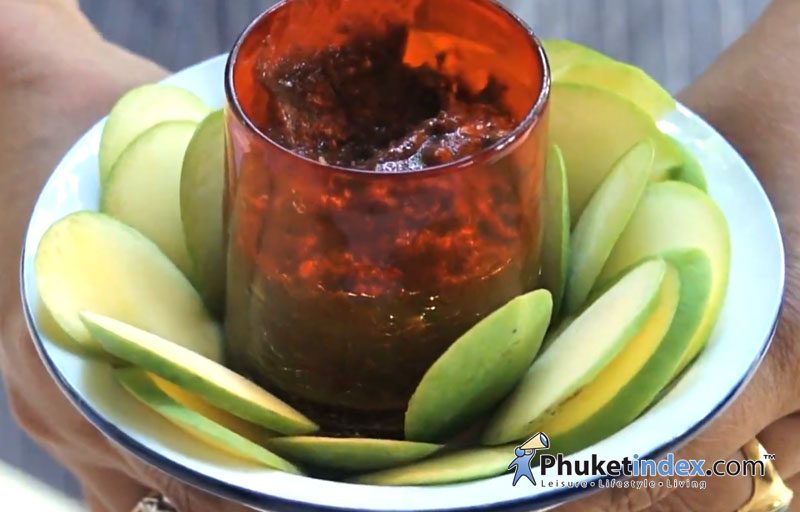 method
In a mortar, pound together the anchovies and sugar. Add shallots, chili, and shrimp paste, pound together. Add a small amount of black soy sauce, make it more like a dipping sauce than a liquid. If you use too much, the sauce will become bitter. It has a salty, sweet, and spicy flavor.

I used to have Kuea Keuy in a different way, with boiled pork blood, pineapple, cucumber, and grapefruit. I heard it’s a Penang style, and it’s extremely good. The flavor is sweet, salty, and slightly spicy, although few people make it these days. The texture is more liquid than in my recipe.