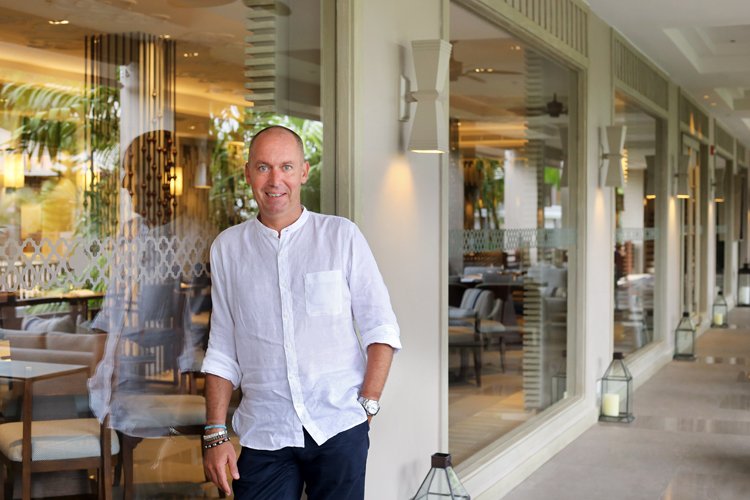 Marriott has recently introduced another hotel under its namein the north of the island. Phuket Marriott Resort and Spa, Nai Yang Beach is the only international branded hotel on this secluded Phuket beach. General Manager Mr. David Ippersiel helms the brand-new Marriott and tells Phuketindex readers about himself – his past, present and future, and about the hotel he runs.

GM David is Belgian by birth but he was raised in Asia for most of his youth. “I was living in Singapore and in Philippines prior to my studies in Switzerland. I started my career back in Singapore in 1994 and have moved all around the world ever since,” he explains.

After graduating, David started his career in the hotel industry in 1994 with the Shangri-la Hotel in Singapore before joining the opening team of the Banyan Tree in Phuket. He spent four years in Phuket before he decided to travel the world, “to see what was happening outthere”, says David.

GM David told us that he began his working history with Marriott in 1998 when he stopped travelling and joined the Sales & Marketing department at JW Marriott Dubai. He also worked for the Renaissance Dubai, the Warsaw Marriott Hotel as Director of Sales & Marketing, then worked in the regional team at the Marriott’s headquarters in Frankfurt from 2004-2007.

David finally came back to Phuket as hotel manager for Indigo Pearl at Nai Yang Beach. “Then Marriott called me back to manage Algeria Renaissance in Africa before I was asked to open the Nai Yang Marriott Resort. So that’s whyI’m here back in Phuket for the thirdtime.” 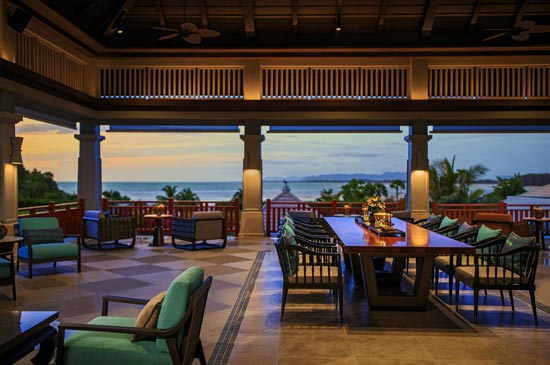 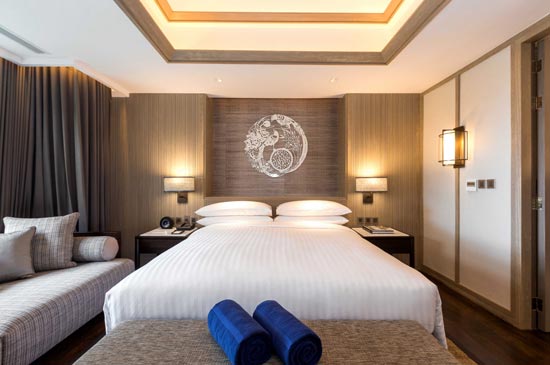 What are the challenges involved in opening this new Marriott?

David says that the one of the main challenges is to find the right staff to operate the hotel. “Now we’re being asked to hire more Thais and fewer foreigners in order to cut running costs besides giving opportunity to the locals. However, being Marriott and with the acquisition of the Starwood, this makes us more interesting for Thai nationals to joinas they can foresee a bright future with us in the industry.”

The second challenge is the seasonality. Because you have a high season and alow season in Phuket it obviously has a huge impact on the performance of the hotel. The last challenge is that we have more demanding owners who want more and more return on their investments at a much quicker pace.”

He says that in dealing with seasonality he is looking for different markets to compensate for the losses but having the Marriott brand-name behind the hotel makes it possible. “We ramp up at a much quicker pace than our competitors. So we are able to penetrate the market at a much quickerpace and are able to give our owners profits at a much faster pace as well.”

Tell us about PhuketMarriott Resort and Spa, Nai Yang Beach
The hotel is a combination of a take over and newly built project. It used to be the Imperial Adamas before. “Originally, the hotel had about 100 rooms but Marriott wanted around 200 so we designed additional buildings.

Five new buildings were added to meet the needs and the food and beverage outlets were also refurbished. “So now we have a combination of very authentic Thai modern rooms all across the resort with four F&B outlets, a big swimming pool, a new spa, recreation alactivities as well as a kids’ club whichwasn’t there before.”

What’s the difference between Phuket Marriott Resort and Spa, Nai Yang Beach and neighbouring hotels?
“Nai Yang is still a traditional Thai beach and not an over crowded tourist destination such as Patong or Kata or Karon so it’s still a very genuine beach. On this beach over the years, there have been a couple of hotels built but we’re the only international branded hotel at this particular spot,” he says.

“Moreover, we’re very fortunate interms of location. We’re secluded andhave no neighbours to our right andleft. We have our own ‘private’ beachas such, so we don’t have the sameimpact that the other hotels havebeing on the main strip.”

How about your goals?
“In the five-star category of resorts, we’re more or less the same. We deliver the same services to customers when it comes to rooms and facilities. But apart from the fundamentals I’m trying to make it different based on the staff that I have. I want to make sure that we deliver consistent service throughout our guests’ stay, to make sure we deliver a genuine service that comes from the heart and that we take the time to make sure that every guest spends a memorable time with us at the resort,” says David.

“Obviously we’re going to have challenges along the way but the main focus forme will be on training I provide to my staff and on the service I deliver to my customers,” he adds. “I believe if we get it right, the message will flow through and we’ll get many return guests and that, in return, will obviously drive up revenues for the hotel and the owners. That’s my main goal.”

Lifestyle
“The thing is that when you are an hotelier, you need to have a passion for what you do. I spend three-quarters of my time – if not more – at the hotel,” says David who adds that it’s important to keep your eyes open for what’s happening nearby and throughout the industry.

“The hotel industry is open 365 days a year, 7 days a week and 24 hours a day. So there are a lot of things that happen throughout the year which you have to be aware of so when you leave the hotel you can’t just switch off and forget that you have a hotel to run. It does take a lot of my time, actually.”

In the little free time that he does have, GM David likes to travel. “There are still a lot of places that I’ve never been to in Thailand. I just enjoy relaxing, whether by myself or with my friends and my kids when they travel to Phuket.” And like many other people when they have to spend so much time with people on a daily basis, he prefers a peaceful atmosphere.“It’s sometimes good to take a step back from the rest of the world, to regroup, rethink and get fresh and ready for the week to come,”he says.