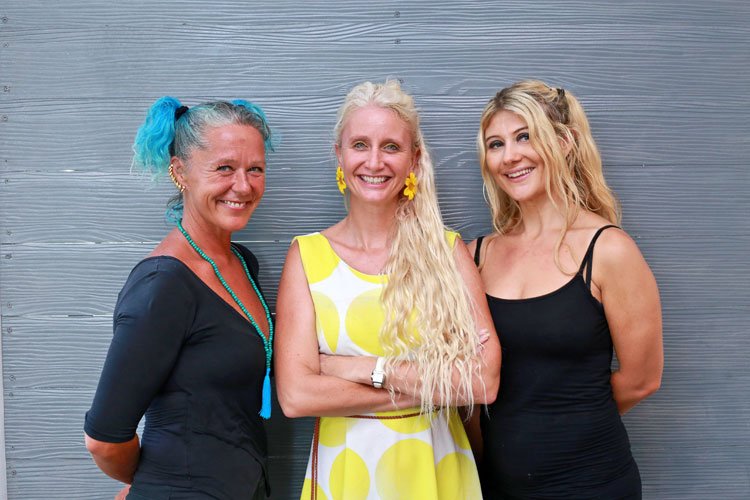 In this issue of Phuketindex.com we have the pleasure to interview three beautiful ladies representing the Phuket Professional & Fun Ladies; Cecilia, Aime and Vicki.

Cecilia started by introducing herself, followed by Aime and Vicky – a new member who has just moved here from Koh Samui.

Cecilia: There are many ladies who have good jobs, good social situations but not many events or places to go to. We started with close friends, chose a restaurant and decided to go out together without our boyfriends, husbands or kids. Just have a night out which means a nice dinner, a couple of drinks and a bit of a party but with the same kind of people in quality places. We have diff erent places that we like.

What’s the mission of the group?

Cecilia says that the group is a leisure activity and it’s nothing official.

Cecilia: There’s not too much of a mission in the way of our organization. It’s not an association. It’s just a fun group. Nothing official, we’re just a group of friends that gets together with other friends.

It’s like a Facebook group in that for example if a member staying in Rawai knows that there is an event she tells people and the members decide if they want to go or not. Or Amy wants to say something or wants to give a cat away. It’s small but it’s a community exchange.

Aime: We’re helping each other, coming together with ideas.

Cecilia: It’s becoming bigger because people will come with a new friend; for example before today Aime and Vicki didn’t know each other. They just met today but maybe tomorrow they’ll have a cup of coffee without me in the middle anymore. It’s just like a spider web, a few of us that make up a network to exchange together.

How does one become a member?
Cecilia: As I said, it’s not actually a group with membership cards. It’s more about social events and people. It’s a ‘secret’ group which not everybody can see but you have to be added by me or someone else invites you to an event then you can request to join the group. Normally it is very selective. Newcomers have to live in Phuket and have a job, something to talk about. 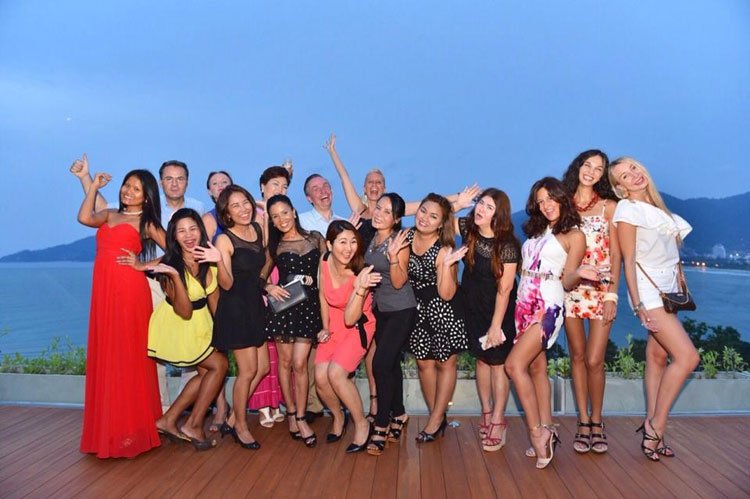 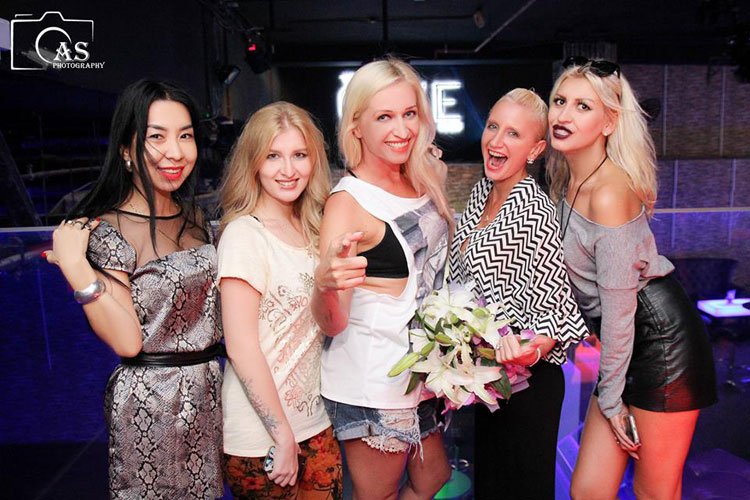 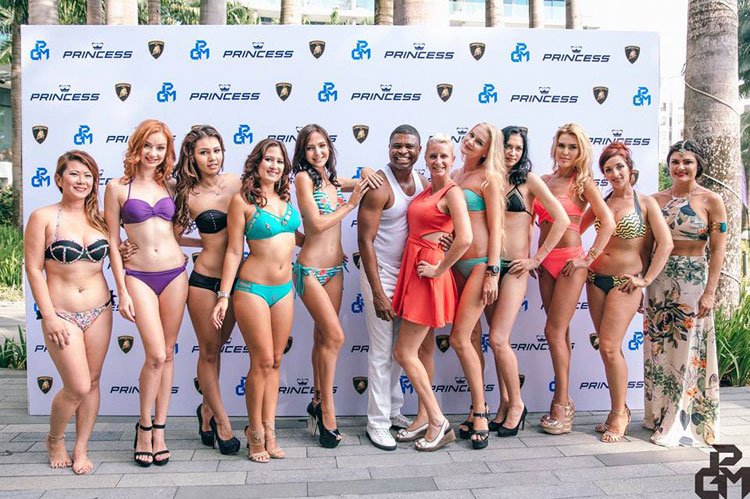 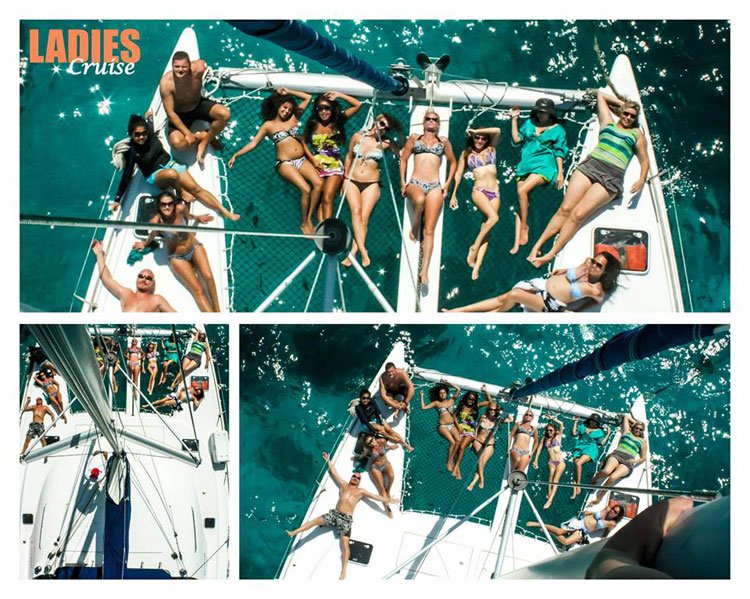 Why did you join the club?
Aime: Why? It’s the great place to meet people. Again, we do diff erent events so it depends whether you want enjoy a splash in the pool or go for a cup of coffee or a glass of nice wine. If you want you can dress up in beautiful eveningwear or come in beachwear. There are so many diff erent events that it doesn’t really matter what you specifi cally like, we’ll always have an event for you. When you attend you’ll meet people and you never know what will happen. Maybe I’ll have a new business idea. Maybe I’ll have a new best friend. It’s that kind of thing; you go there to see what’ll happen.

Vicki: It’s a great chance to network and meet with people, talk about ideas, business, become friends and get to know the island as well, in diff erent places and stuff.

Are there any charitable projects that you would like to tell us about?
Cecilia: We don’t have our own projects but we help other people’s projects like Sentosa Wellness Centre in Kata. On the November 8, they had a ’Kid’s Day’. So the ladies who wanted to volunteer could go there and help. There were 40 kids to play with, to paint and things like this. On November 26, they will have the beach cleaning event, ‘Clean the Beach Boot Camp’ in Patong and we’ll join them. On December 3, Phuket Has Been Good to Us will organize a ‘Black Tie Muay Thai’ event at the Outrigger Laguna. Members can go to any event they want on their own. But when we decide to go, we try to push people to go and help others.

For those who are interested to join the group, you may search for Phuket Professional & Fun Ladies on Facebook. All members are ladies living in Phuket; both expats and Thais.

Cecilia was born i n France and moved to Thailand (Pattaya) in 2005, where she was a TV presenter for the local programs and later worked for the ACCOR international Hotel Brand. Her last position in Pattaya was at The Pullman Pattaya Hotel G in July 2013.

She started and registered BCBG ‘Party Style by Cecilia’ about 10 years ago and in 2013 she arrived in Phuket. In November 2016, BCBG’s Secrets by Sila & Cecilia was born.

Vicki Curtis is the founder and lead fashion designer for the established fashion label Island Girl that has recently relocated to Phuket from Koh Samui. Vicki is also an accomplished singer and has sung and performed all over the world.

Aime Yodkaew, i s also known by public Facebook profi le as ‘Amy At Phuketeers’ but lately being called ‘Blue’; she is still wondering why.

She first came to live in Thailand, leaving her hometown of Stockholm, Sweden in the last millennium and has been living here in Thailand for over 20 years. She’s “on a creative mission #paintingphuketblue, I’m promoting Phuket with a passion!”