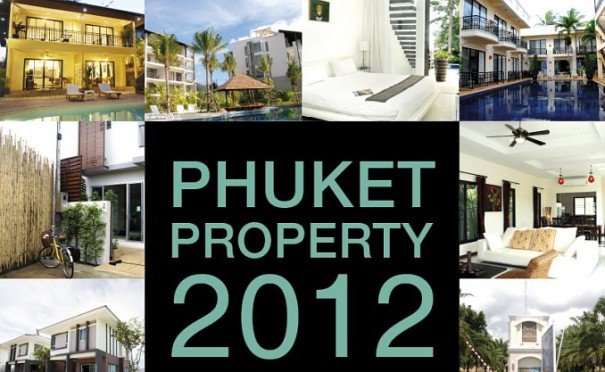 According to Agency for Real Estate Affairs (AREA)’s survey into the situation for new properties in the resort areas of Phuket, as of November 2011, 114 new projects had emerged consisting of 6,216 units, with a total selling price of 91,417 million Baht. With regards to sales, 3,773 of those units were sold at an average of 14.707 million baht per unit. With the world economy expected to improve in 2012 these figures are likely to increase significantly.

Information gained from the southern branch of Bank of Thailand, states the total number of real estate bank credits used in Phuket in 2011 was valued at 14,060 million Baht. It expects this figure to increase in 2012. Properties which cost less than 5 million Baht are affordable for real estate consumers in Phuket. However, those properties selling for 10 million Baht and over still need to see some balance.

Phuketindex.com has spoken to a variety of people involved in the property market to ask their opinion on the current and future situation of property development on the island.

Mr Tanan Tanphaibul, head of the Phuket Real Estate Associationsaid about the current situation regarding

property investment, “The feedback on this year’s property market tends to be positive as tourism in Phuket is continuously good. I personally believe this is also due to the fact there are more Russians visiting. Moreover, these tourists are buying houses and investing in Phuket. The low end and middle property markets are growing because of tourists. Having said that, the high end property market is running slightly slower than usual due to the fact there are a smaller number of European investors putting their money into the more expensive properties. At present, there are so many developments in the high end market such as Sanrisi and Pruksa Village.

There is a great deal of competition in the low end property market, with small houses and condominiums costing 8-9 hundred thousand Baht being in great demand.”

Mr Tanan Tanphaibul also added, “The low end property market has become very popular and is growing so fast. The island is in need of more 28-30 square meter condominiums with prices around 8-9 hundred thousand Baht. The reason this market is so popular is these properties are ideal for consumers looking to make a good investment and a profit.”
Currently, there is hardly any difference between a monthly mortgage payment and monthly rental payment. Therefore, those people coming to work in Phuket now prefer buying a property rather than renting.

It has been found that Kathu is the most popular area for investors choosing to construct, while the north of the island is where foreigners are choosing to invest.

Land in Phuket is now very expensive, starting from 15-20 million Baht per rai.

Mr Suriya Wannabuit, Sansiri’s Executive Vice President for Project Management and Marketing revealed, “Our Company has surveyed the markets in Phuket and found the demands of it are very high because workers and businessmen based here are in need of houses. Properties with great designs, located in great areas are suitable and match their lifestyles. This is why we decided to introduce our Habitia project – a project of 244, 2 storey semi-detached houses. We sold around 50% after one week, proving that those choosing to live in Phuket have a high demand for these types of houses. It also proved they have confidence in the Sansiri product and its quality.

Within Phuket’s property market, there are many houses with unique selling points. Some focus on price and cheap installments, some focus on location and design. However, Sansiri focuses on reality of living. That is to say people settle down in great environments and nice societies because they want to live happily in houses which can be of great use to them. From that, our houses are modernly designed and as we are inspired by Phuket’s history and its civilisation, we integrated Sino-Portuguese with modern designs.”

“We are proud to present Habitia to our customers in Phuket. Habitia is a project whose houses are designed with new and great ideas. Besides its modern design, Habitia gives its customers a real feeling of a living place. Moreover, Habitia is located in Tambol Koh Keaw which is a great location because it is convenient to travel to town, the airport, Patong, business areas, and tourist attractions. We hope Habitia will meet the needs of and satisfy those looking for houses in Phuket” Mr Suriya added. 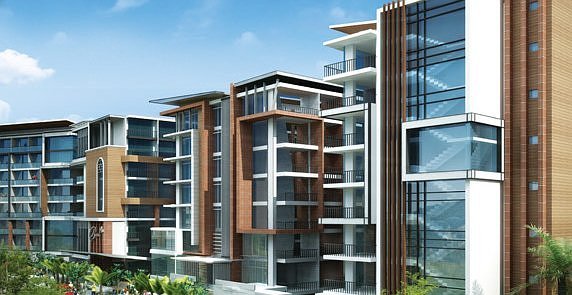 Another interesting aspect of property investment is a Condotel. A Condotel is a building used as both a condominium and a hotel. These hotels have condominium units which allow someone to own a full-service vacation home. When they are not using this home, they can leverage the marketing and management done by the Management Company to rent and manage the condo unit as it would a hotel room.

“The Beach Condotel” is an innovative condominium aimed at meeting its buyers and sales agents’ needs. Mr Karn Prachumpan, Excutive Managing Director of The Beach Development Ltd. owner of this creative project revealed, “Condotel investment is a transaction of property which gives buyers money back. The profit will be returned every 6 months and it guarantees buyers will still get profit in the future. More importantly, buyers gain ownership of the units without having to pay installments and still gain profit. For many years, community malls, small hotels, and shophouses have been structured into a small community in locations such as Kata, Karon and around other projects.

“The Beach Condotel” is located in the center of everything. It’s comprised of 352 fully furnished units close to the swimming pool. Each floor is uniquely designed using the 4 regions of Thailand as their theme. This idea might suit foreign investors’ who want to own part of a small private hotel. I see Condotels as a great investment, buyers are certain to benefit since prices for land and rooms in Phuket are increasing year by year.”

Mr Karn has also given some comments about condominiums in Phuket. “To begin, Phuket is not as badly affected by economic problems like other provinces. Phuket’s capital comes straight to Phuket and is gained not only from Thailand, but from other countries. There are many different groups of customers here, causing the condominium market in Phuket to vary. Due to their different target markets, investors tend to use different brands. More importantly, leading property development companies are going to control most of the market share this year and prices of condominium projects are going to be more specific since they aim for their target groups of customers. Condominium units which cost around 3-8 million Baht are aimed at Asian customers, while ones which cost about 20 million Baht are aimed at European, Australian, and Scandinavian customers.”

Mr Nattha Kahapana, Director of Knight Frank Phuket discussed property businesses in Phuket. “There are lots of people buying weekend houses in Phuket, especially tourists. Compared to past years where buyers were only workers from Hong Kong and Singapore, nowadays those buyers come from all over the world. Most are Europeans with the needs of luxury, modernity, and world-class facilities.”

He also added that buyers are mostly Europeans working in Asia. Moreover, there are those from China and India, and those from Eastern Europe, such as Russians, that buy weekend houses in Phuket. There are now as many Russian buyers in Phuket as Europeans. One factor that triggers more Russians to buy houses in Phuket is the cold weather in Eastern Europe. So, they move to Phuket for a warmer, more comfortable place. It’s especially cold between October and April, meaning Phuket is packed with Russians during this time. In addition, it is now so much easier to travel to Phuket as there are more direct flights from both big and small cities in Russia. In the past, Russians ran from the cold wave to Turkey or Egypt, but since the political issues have started in those countries and living expenses have increased, Phuket has become another alternative for them. Phuket has become a destination of choice for those weekend house buyers in the middle to high classes.

Mr Nattha briefly mentioned that property markets in Phuket have not provided premium products yet. However, a project of Super Ultra Villas with price tags of 300 million Baht each will be available this year. The project will be located in the north of the island in the area of a quiet and private beach. Since it’s a niche market, high-end foreign customers are their target group.

1 project in Amphur Muang and 3 projects in Amphur Thalang