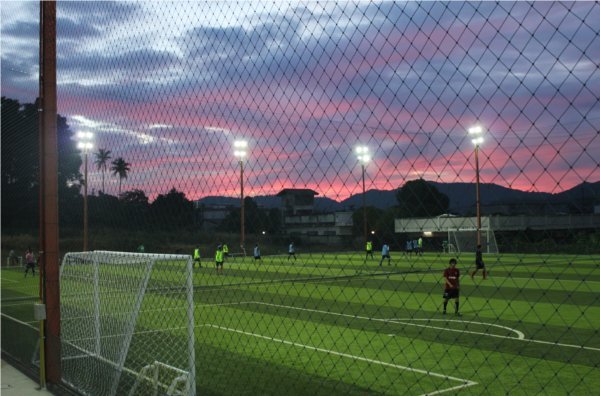 You don’t have to be in Phuket long to realise how popular football is amongst the Thai community. However, once you’ve been here a while, you realise they don’t only enjoy watching football but also playing. Until recently, almost every evening, groups of young Thai men could be found playing football in the school playgrounds or in fact any where there was an area large enough to play. However, playing football in those areas is quickly becoming a thing of the past, with a increasing number of top class soccer 7 facilities appearing all over the island. These 7 a-side artificial turf football pitches can be spotted easily in the evening with their high voltage spot lights lighting up the action and groups of men standing around waiting for their team’s time on the pitch.

It has finally been realised these young men want a decent venue to play their football and these venues allow them to do just that, with the added bonus of venues offering facilities which make them not only a place to play football but a place socialise with friends both old and new.

Let us introduce you to the one of the first soccer 7 venues that arrived to Phuket. 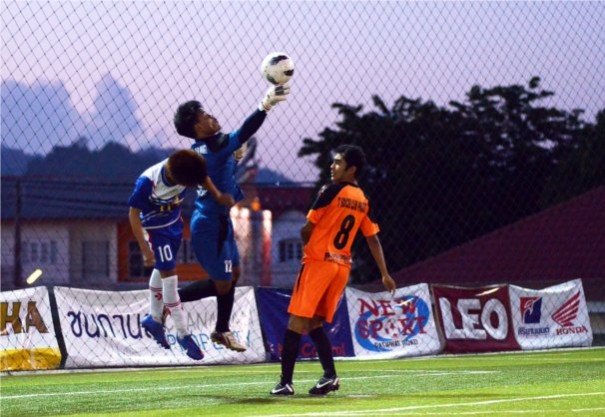 FIFA approved 7 Soccer Club Phuket is a high quality, open air, 7 a-side football venue, which along with its pitches offers great club house style facilities. It was one of the first Soccer 7 projects to arrive to the island and is situated on a 5 rai plot of secluded land, in private zone surrounded by nature, in the heart of Phuket City.

The venue features three 7 a-side artificial turf pitches (34 x 38 meter) with “Monofilament Duotone” turf which has been imported from Europe, and is as close to natural grass as you can get, both in looks and touch. This turf also ensures player comfort and safety being softer than previous fiber turf. Whether performing sliding tackles during a game or speed drills in practice, players are better protected against skin abrasion injuries. The football field is designed and built according to FIFA Quality Concept standard which has also been used by Manchester United Football Club and Bolton Wonderers Academy. The pitches also boast an underground drainage system, allowing play to continue should there be a downpour, and spotlights surround the pitches ensuring players can play late into the night. 7 Soccer Club Phuket is also the first football venue of its type to pass FIFA 2 Star Field Test.

There venue also boasts a large grandstand and plenty of seating allowing non-players to sit in comfort and watch the action.

7 Soccer Academy provides many organised football activities for Phuket’s kids. They also provide lessons by professional coaches. 7 Soccer Academy is the perfect place for kids to enjoy learning to play the game alongside other kids! 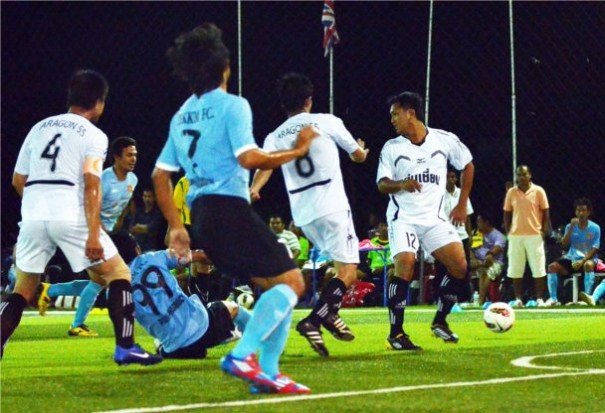 Previous Post “Buddhism” practices in the heart of a bustling city