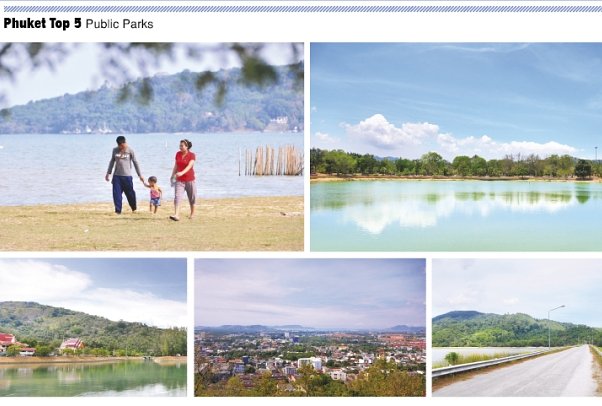 Phuket, most commonly known for its numerous tourist attractions and nowadays also its shopping, also has some great places where you can unwind in amazing natural surroundings, and we’re not talking about Phuket’s amazing beaches. These places are safe, suitable for all ages and genders, and are not as overcrowded as Phuket’s other tourist destinations.

These are Phuket’s public parks, which are rapidly gaining popularity with visitors to the island, both Thai and foreign, who visit these public areas to simply relax, partake in one of a number of forms of exercise that the parks provide, or gather with family and friends for a relaxing evening picnic.

In recent years, the relevant district authorities have developed public parks in their areas to keep up with the growing demand of Phuket’s increasing community.

Let’s take you on a journey to Phuketindex.com’s Top 5 Public Parks! 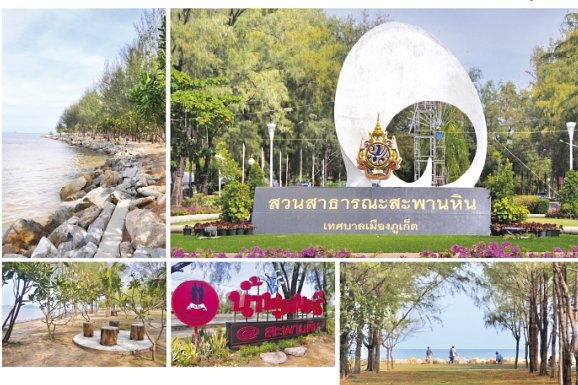 This recreational area spreads over approximately 207 Rai of natural land beside the sea in Phuket City. Saphan Hin is surrounded by nature and its age old trees provide ample shade where you can sit back and take in panoramic views of Phuket bay.

Saphan Hin boasts a variety of sports facilities including football stadium, tennis court, petanque court, swimming pool, gymnasium, badminton court and basketball court, and from early evening hundreds of local residents visit to play their sport of their choice, or for those who are less active to take a stroll around its tree-lined paths or simply spend their time relaxing in the sala huts plotted around the park.

There is a small daily market in the centre of the park where one can buy cheap snacks and drinks, a great reason to visit and spend the evening relaxing and enjoying the sunset.

The park also features a 60 year old monument built in commemoration of the Australian, Captain Edward Thomas Miles, the first person to bring a tin mining dredger to Phuket in 1909. 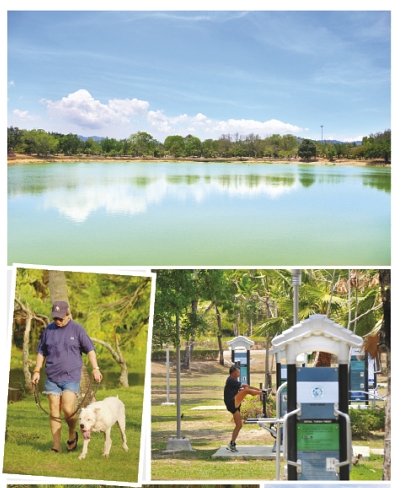 New York has Central Park, Bangkok has Lumpini Park and Phuket City has Suan Luang – an oasis just south of the town centre with tropical trees, plants and flowers.

Suan Luang Park, which covers a total area of 350 acres, has several lakes, some with fish – others with beautiful lotus flowers. The park features a maze of running paths where large numbers of locals go for a run or a walk when the temperature is cooler.

In the afternoon older Chinese Phuketians come to do Tai chi and other Asian styles of exercises. There are also aerobic in the afternoon from 5:30pm until sunset.

There are also various dedicated sports areas where those wishing to can play Takraw, basketball and football, plus there’s a fully equipped kid’s playground. 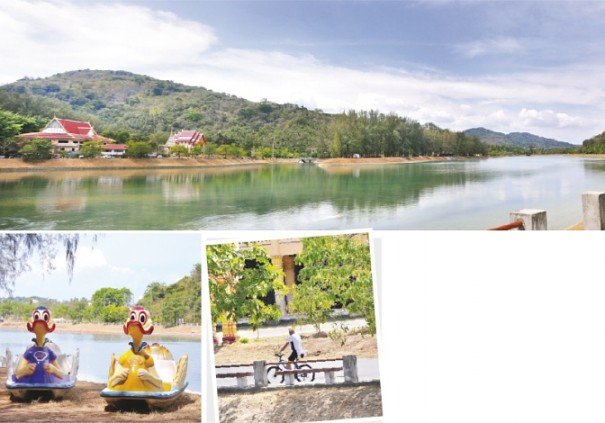 As the name of this place suggests, the main feature isn’t in fact the park it’s the 1 Km long inland fresh water lake which has a beautiful island in the middle. However, the land surrounding Nai Harn Lake provides the perfect setting for a relaxing family picnic and is popular with walkers, cyclists and joggers who like nothing more than taking a relaxing stroll, bike ride or jog around it pine tree lined pathways.

Both locals and expats alike, come here to relax and enjoy the mountainous jungle views whilst taking in the undeveloped, unspoiled ambience.

The park features a small children’s play area, whilst the lake has some pedalos available for rent. 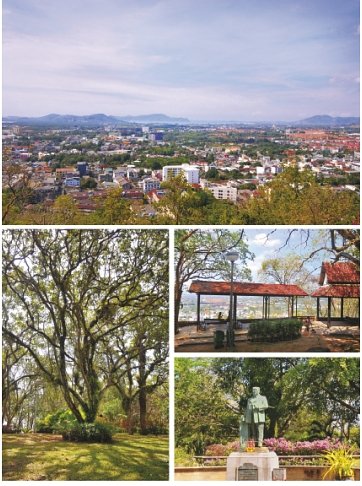 Situated not far from the center of Phuket Town is Rang Hill, known amongst Thais as Khao Rang.

The main spectacle of Rang Hill is at its peak, where you will be welcomed by a sight of pure nature, from what is now a municipal park, and makes for the perfect photo backdrop. Due to its expansive grass areas, much of which is shaded by centuries old trees, the park is a great place to picnic. Also in the park is a bronze statue of Phraya Ratsada Nupradit- who was appointed Governor of Phuket in 1902, during the reign of King Rama V, and was also the first to bring rubber trees to the island.

It is also from the top of Rang hill that you will be provided with possibly the most spectacular & breathtaking panoramic views over Phuket town, and which stretch to the southern end of the island, as far as Laem Panwa and Ao Chalong Bay. 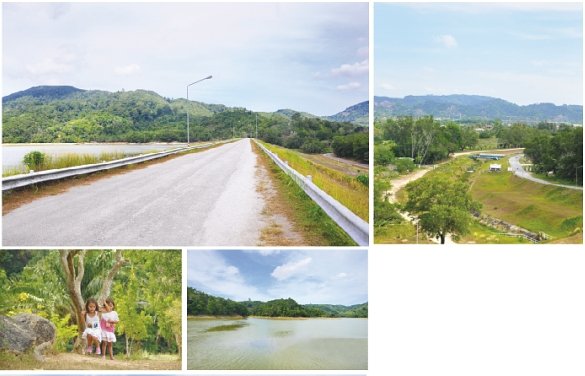 Bang Wad Dam is not actually a dam but a reservoir located in Kathu beside the Phuket Golf Country Club.
The towering trees and fertile forests surrounding Bang Wad Dam have become a favourite attraction for residents in recent years, and the area is popular with locals who like to jog, stroll or ride bicycles around it in the late afternoon and early evening.

Next Post The Shop-House Hotels of Phuket Old Town