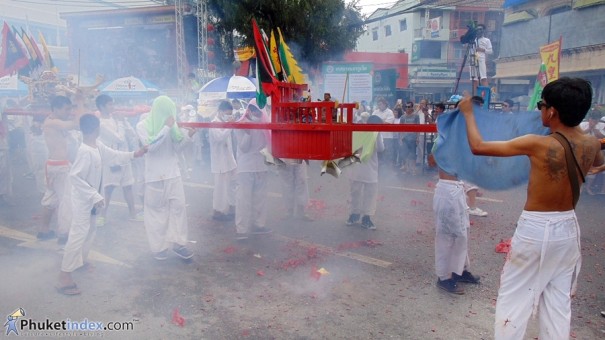 At 4pm on Tuesday September 23rd 2014 nine lantern poles were raised at Jui Tui Tao Bo Keng shrine to mark the beginning of the Phuket Vegetarian Festival 2014. This ancient tradition has been observed for over 150 years during which time worshippers far and wide have come to observe the festival. Jui Tui Shrine, which is capable of accommodating 300 – 500 visitors at any one time, cooks and serves free vegetarian meals to a large number of visitors daily during the festival. 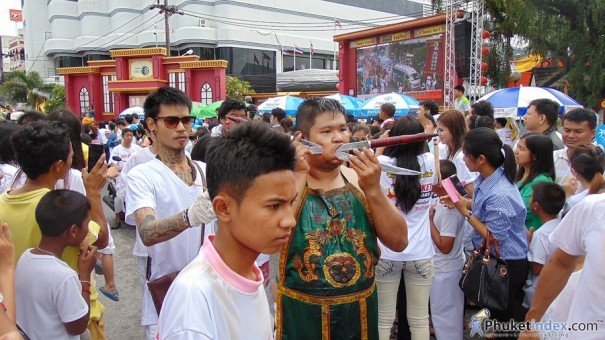 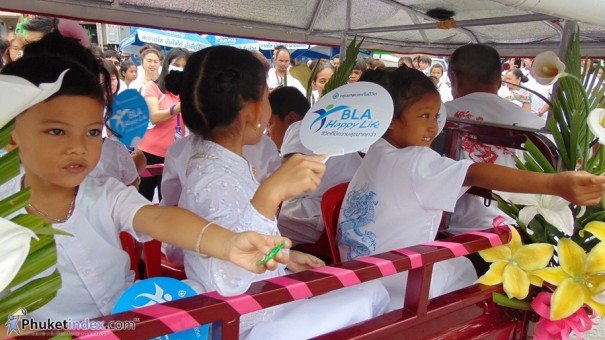 During the nine days of the festival, observers make offerings to the gods by purifying their mind and body and wearing white. Furthermore, they must refrain from harming lives and live in peace and harmony with one another. Raising the nine lantern poles, which signifies the beginning of the festival, was accompanied by spirit mediums making a show of being possessed. 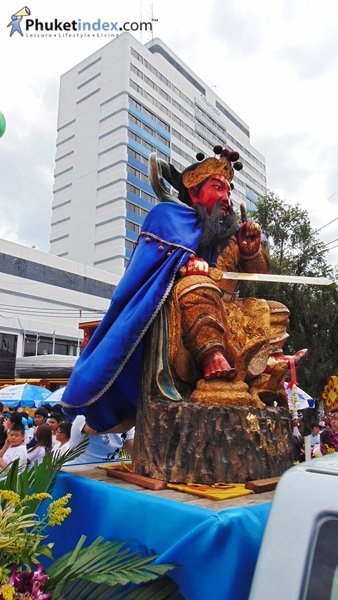 The main events of the Vegetarian Festival include local shrines performing ceremonies related to vegetarianism including making pucha to the gods and the stars, spirit mediums processions, oil bathing, climbing knife ladders, fire walking and spiritual detoxification, among others. 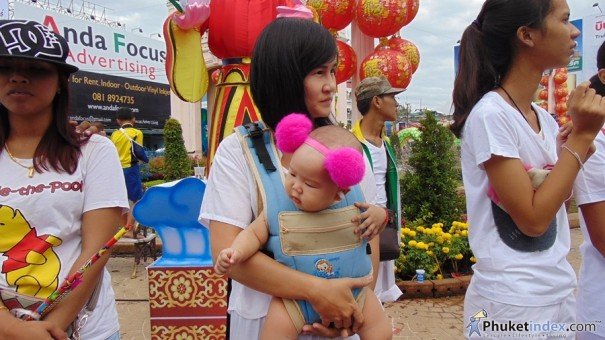 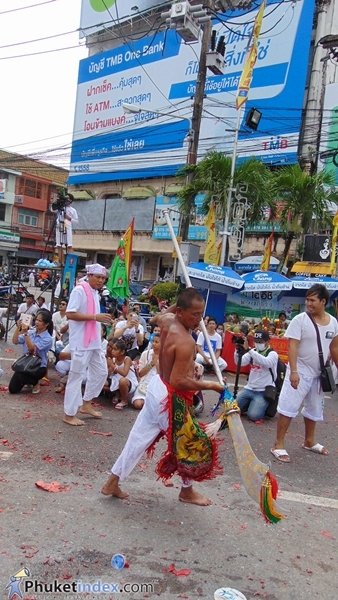 However, the main and most popular of the events, which draws thousands to line the streets of Phuket Town, is the spirit mediums processions which sees entranced devotees known as “Ma Song”. Ma Song, or entranced horses, are devotees whom the gods enter during the fest. They manifest supernatural powers and perform self-tortures in order to shift evil from individuals onto themselves, and to bring the community good luck. Ma Song fall into two categories: those who, having had an intimation of impending doom, want to extend their lives; and people specially chosen by the gods for their moral qualities. 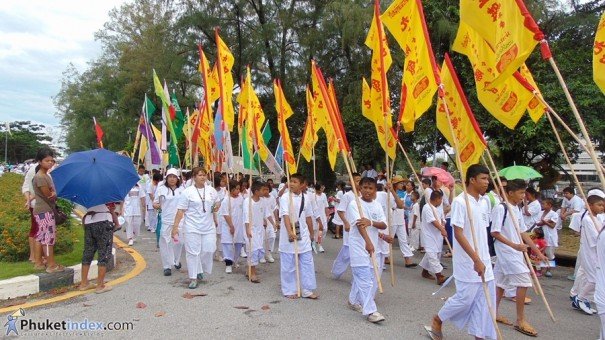 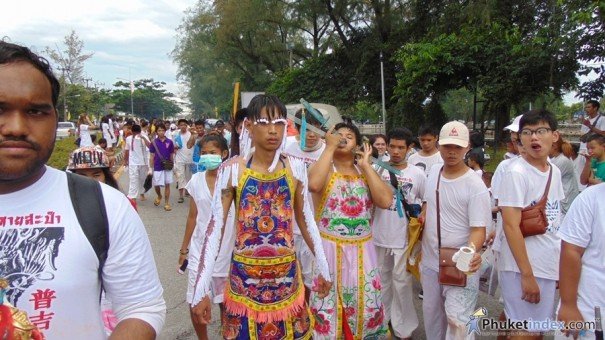 Throughout the parade fireworks and drums are sounded, especially during ceremonies. It is held that the louder they are the better, because the noise drives away evil spirits. 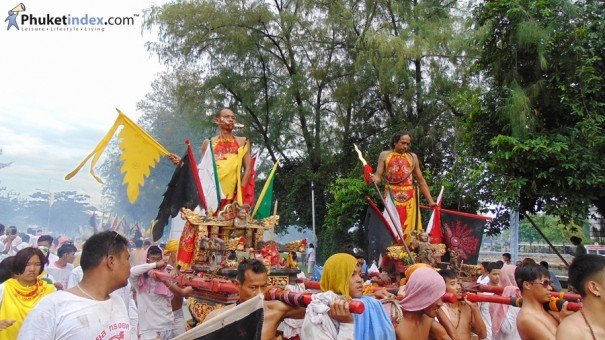 Today, Friday 26th September 2014, was the  second day of the spirit mediums processions and it was the turn of the small Sapam Shrine to take to the streets at 7am and take a journey from Thep Krasattri Road through Phuket Town to Saphan Hin. Sapam Shrine is a shrine located right on the roadside on Thepkasattri Road in the Sapam Village area. 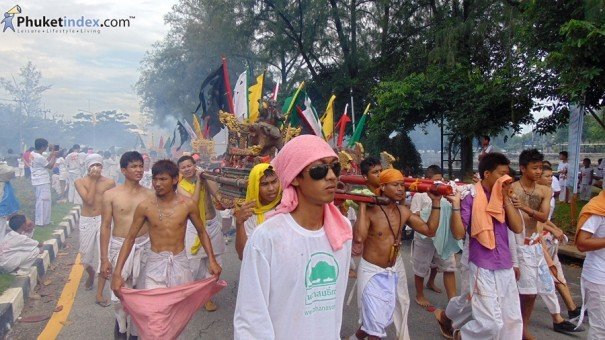 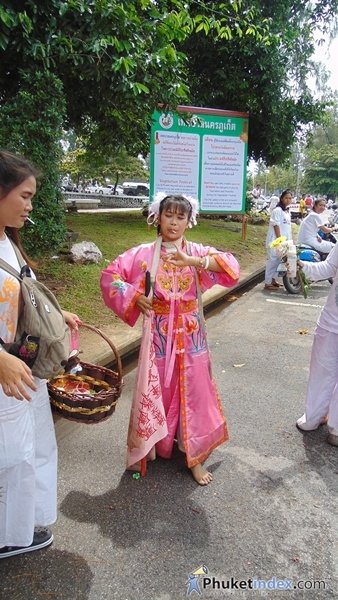