Phuket is a beautiful and very hilly island, in fact, the word “Phuket” comes from a Malay word “bukit” which actually means Hill. Anyone of the island’s hills offers a viewpoint of some kind where you can appreciate heart-stopping views

across the land and out into the Andaman Sea, and luckily many of viewpoints are easily reachable at many spots, being only a short walk through the jungle or the bush from the road, and the most popular ones can you can drive to.
Here are some of Phuket’s best viewpoints for you to check out. Delight in the beauty of Phuket’s striking geography.

Just east of Kata and north of Chalong stands southern Phuket’s most prominent landmark, and one which is visible from at least half the Island, the Big Buddha statue!

There are absolutely magnificent views across southern Phuket. You can see across Chalong Bay and beyond Cape Panwa. You have great views of the islands in Chalong Bay. From the other side, you can see Rawai and Laem Promthep. Looking inland, you can see that Phuket does still have plenty of undeveloped hills and forest. 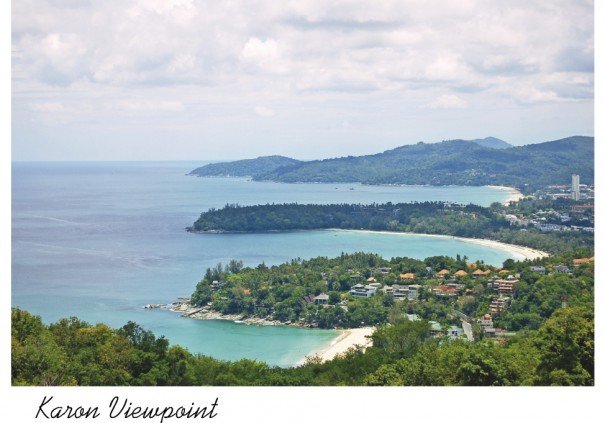 Located between Nai Harn and Kata beaches on the back road over the mountain, you’ll come to a great lookout called Karon Viewpoint, also known as Kata Viewpoint.

From the pavillion, you have wonderful views of 3 bays. The nearest bay is Kata Noi, next Kata bay and next Karon bay. Its shape likes 3 crescent moons. From this point you can also see the island Koh Poo which is near 3 bays. 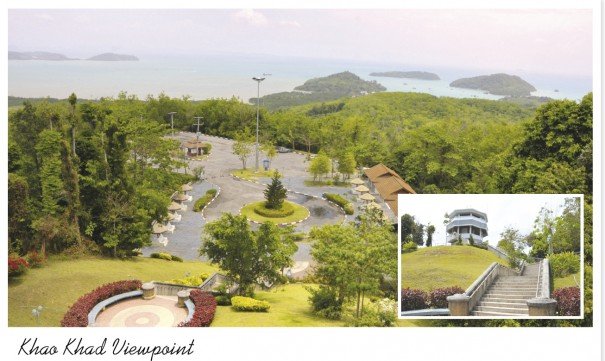 Built atop the highest point of Cape Panwa, Khao Khad viewpoint provides a spectacular 360-degree view around southern Phuket. In one direction you have great views of Cape Panwa and the surrounding islands. You can see across Phuket Town and all the way to Koh Sirey. In the other direction Chalong Bay shimmers under the sun dotted with boats.

Next Post Phuket’s Beaches Back to How Nature Intended