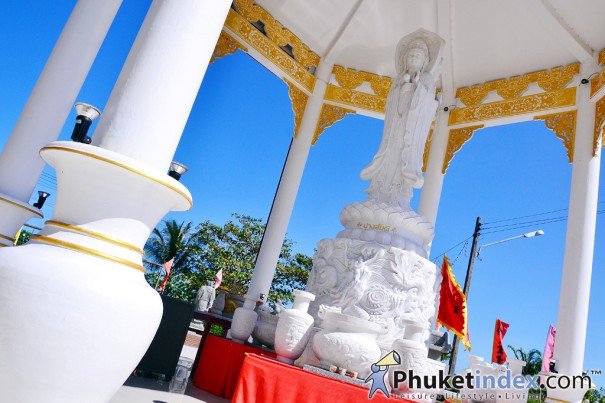 Although more commonly known as a recreation park for a large number of Phuket Town residents, Saphan Hin Park is also a major place of worship for the local Chinese community as it is home to the stunning Kiew Tien Keng Shrine, the very last venue for the annual Vegetarian Festival.

The shrine features a range of images and statues of various deities, such as a large silver statue of Ji Gong, possibly the most non-traditional monk in all Chinese folklore.

However, there is one statue located at the shrine which is even more astounding and that is a carved white jade statue of the bodhisattva Guan Yin. 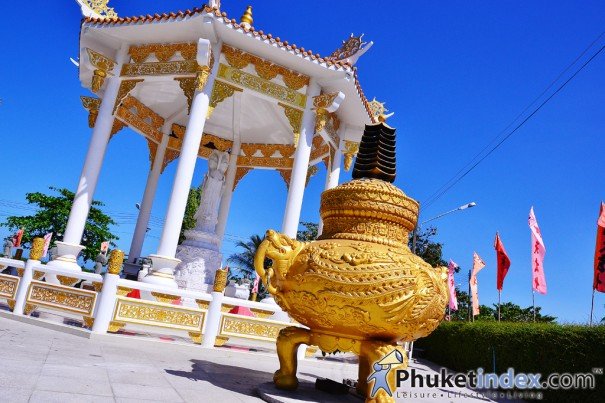 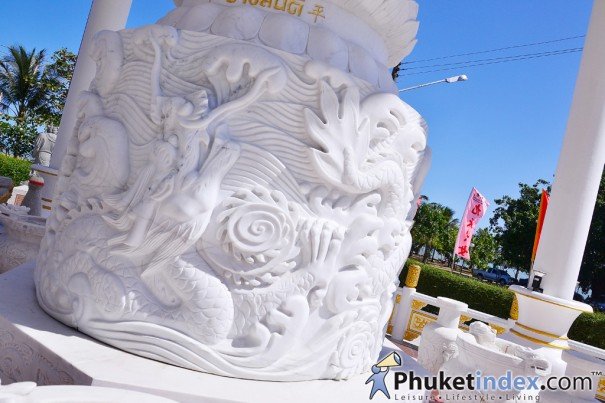 Guan Yin is the bodhisattva of compassion, revered by Buddhists as the Goddess of Mercy. Her name is short for Guan Shi Yin. Guan means to observe, watch, or monitor; Shi means the world; Yin means sounds, specifically sounds of those who suffer. Thus, Guan Yin is a compassionate being who watches for, and responds to, the people in the world who cry out for help.

Due to the widespread influence of Chinese culture, Guan Yin has become arguably the most popular and well-known bodhisattva in the world. 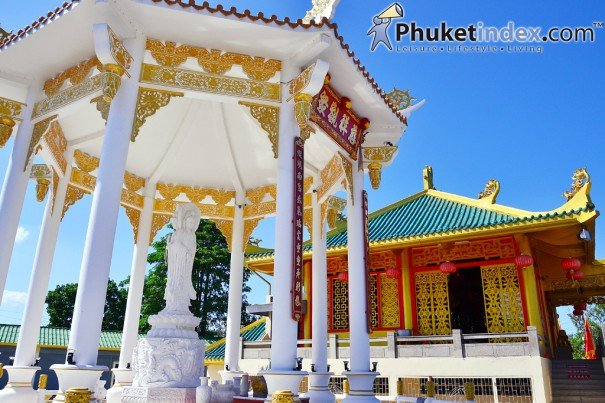 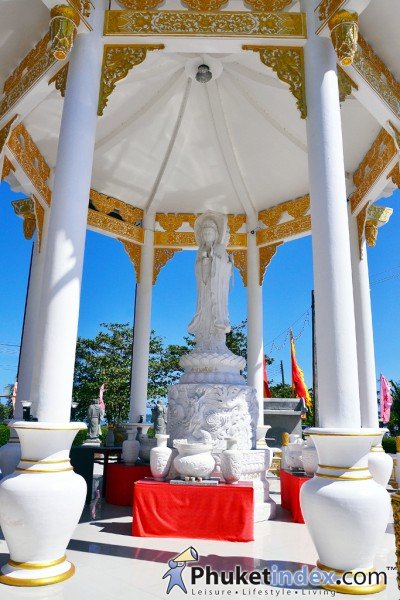 The intricate 3m high statue, made from the highest quality Burmese white jade, was hand carved by a company in Beijing and cost an estimated 44 million Baht. Its original home was Phuket Town’s Jui Tui Shrine; however, it was moved to Saphan Hin and housed in its very own shrine on October 15th 2011. 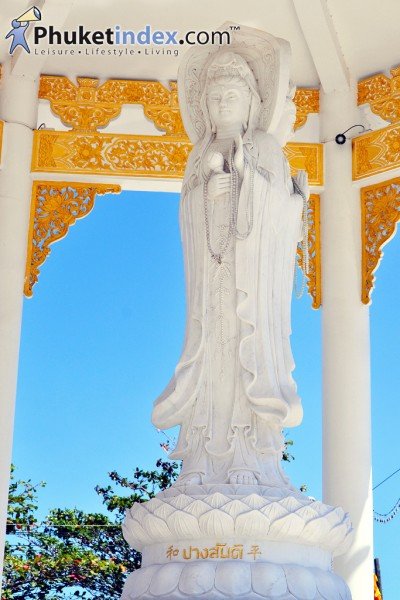