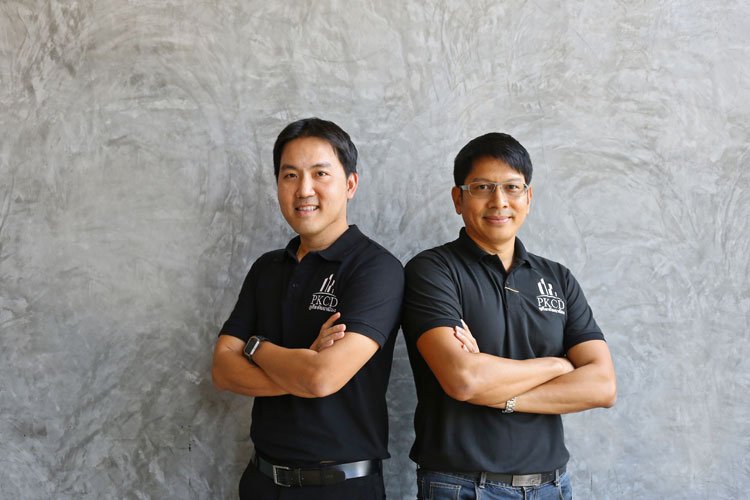 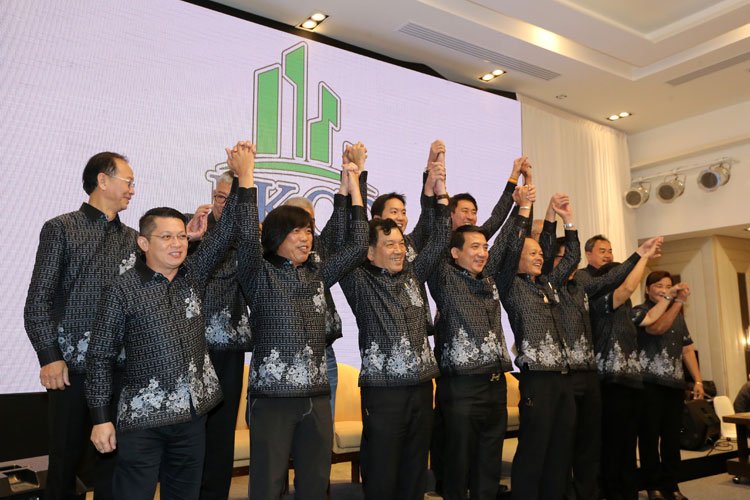 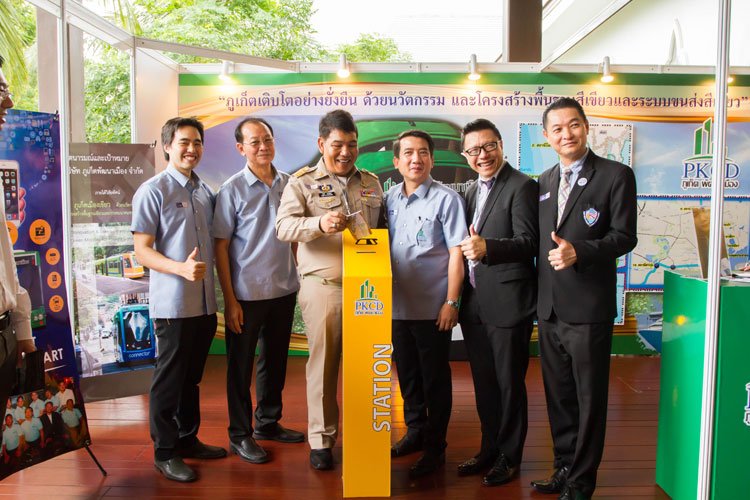 Phuket City Development aims to be the medium between the government sector, the private sector and the public.

Private sector made a move for Phuket city development.

It’s very exciting for many people who live in Phuket hearing the news about a newly formed company called ‘Phuket City Development Co., Ltd.’ or ‘PKCD’ in short. PKCD was founded by six wellknown businessmen and investors in September 2016 with 25 million baht registered capital thereafter raising 100 million baht from both old and new investors in Phuket.

The origins of PKCD
“Phuket City Development Co., Ltd. is actually the result of our eff orts to develop Phuket to be the city we’ve always dreamed about. The company was established in a very short time because we as Phuketians who saw the island’s growth from the tin-mining era to becoming a world-class tourist destination nowadays, believe that the island still has its potential to grow further despite the fact that development seems to have reached its peak.” states Mr. Montavee.


Phuket City Development Co., Ltd. aims to be the medium between the government sector, the private sector and the public in the refurbishment and development of the city.

“We wish to see a clear direction in the city’s development so we try to be the medium that links all the sectors to push Phuket towards the future we would all like to see”, says Mr. Montavee.

“Luckily the private sector in Phuket is strong enough to make this happen. We’re not dreaming about profi ts but wish this to be a good start and an inspiration to move Phuket towards the future – a world-class destination which tourists will want to visit over and over again.

We’ve had a lot of advice from seniors who have witnessed the growth of Phuket for a long time as well as from social infl uences. They didn’t seem to get the idea much when we start selling it but after clearly explaining it all we fi nally got a lot of moral support. Hence our slogan, ‘PKCD, you can trust’. It’s the trust handed down from generation to generation.” 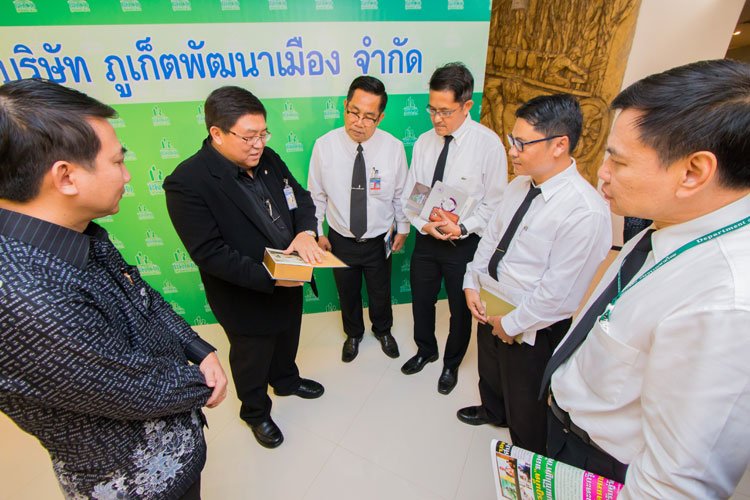 The long-term plan
“As Mr. Montavee just said we would like to see Phuket develop to be able to compete with other destinations around the world. Our long-term plan then has been crafted for 10 years at the beginning stage. We’re interested to push forward three main issues,” explained Mr. Phadet Jinda.


“We believe that basic infrastructure is the foundation for everything. Phuket has limited land area in terms of resources but we have to welcome millions of visitors every year so basic infrastructure such as electricity, water, safety and security, and facilities, needs to be improved to handle the growing numbers. For example, Phuket consumes so much water each day that water shortage has become an issue. I think that actually Phuket still has many sources of water but we need a good management to maximize the effi ciency of its usage. Each area will need self-management to handle water deficiency.” Mr. Phadet explained.

Mass transit development
Mr. Montavee brings up the transit issue: “Our tourist destinations are scattered along the beaches. So increasing the effectiveness and effi ciency of the island’s transportation is part of our plans to work on. Ideas include technologies such as Light Rail as well as Smart Buses compatible with mobile phones to allow passengers to know the arrival times in order to manage themselves. We are looking forward to use smart urban planning to develop the city. That might need studying in detail and to be specifi c on how we’d like Phuket to be in the future. It’s impossible that any single plan would be the answer for every area. Like Patong for example, the city itself is a nightlife area. We might need to think about strengthening this strong point as well as planning the residential area for those who work there so that they don’t have to travel a lot. It should be a safer and efficient solution when it comes to time and money for both individuals and investments from the government sector. This also involves smart transit, smart mobility and alternative sources of energy. You might question as to why the PKCD has to ‘interfere’ with these points,well it’s because we believe that no one understands Phuket better than ourselves.”


Mr. Phadet reveals that the company is interested in developing Phuket’s landmark buildings. “Phuket’s locations should be ready to host big events. We should have landmarks that will help people remember Phuket just like Singapore has the Merlion. We definitely need to discuss further with Phuketians regarding what our landmarks should look like and where they should be located. These facilities should also be able to host big events such as Asian Expo. Imagine if we are about to host Asian Expo in the next ten years then we’ll need to help design and think about how the facilities will benefit tourism as well. The new landmark facilities for organizing events may be on a draft soon for public hearing.” 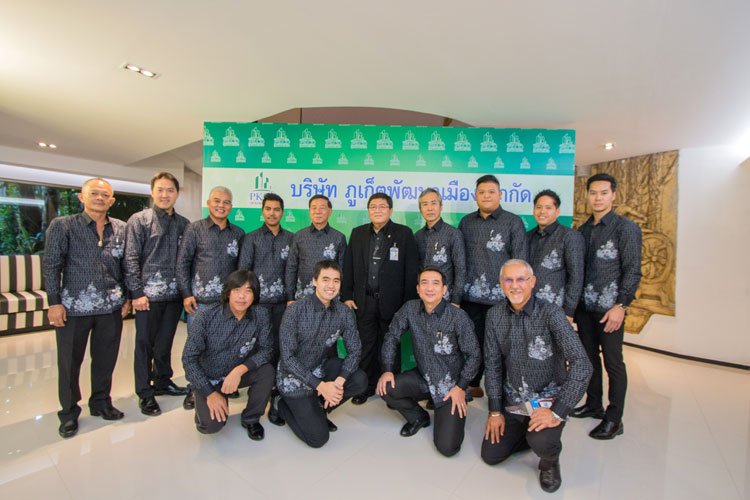 Phuket: a ‘Smart City’
“Many people ask how the PKCD is going to be involved with the ‘Smart City’ campaign. We’re talking about bringing in LEED-ND* rating system for urban planning. Many countries have experienced the problems with spore-like growth of cities so knowing it doesn’t work, they start to adjust and adapt. To develop effective urban planning you need to understand the local lifestyle. Energy saving and the environment are also important factors to consider.

It’s not only the research papers we study. Planning of course needs some adaptations to be appropriate with what we have and what we are. But we may need to start with certain areas first, bit by bit depending on the readiness. Deep discussions with local administrative organisations will be needed. LEED-ND is getting to be well known in many countries and it’s starting to be talked about in Thailand. We think that Phuket may well be a good kick start to let the world know that LEED-ND has now reached Thailand.

Being a smart city cannot be achieved without safety and security. Phuket City Development Co., Ltd plans to bring in a combination of technologies; IoT, CCTV, and smart simulator TV to help ensure surveillance and safety in both local and visitors’ lives,” explains Mr. Phadet 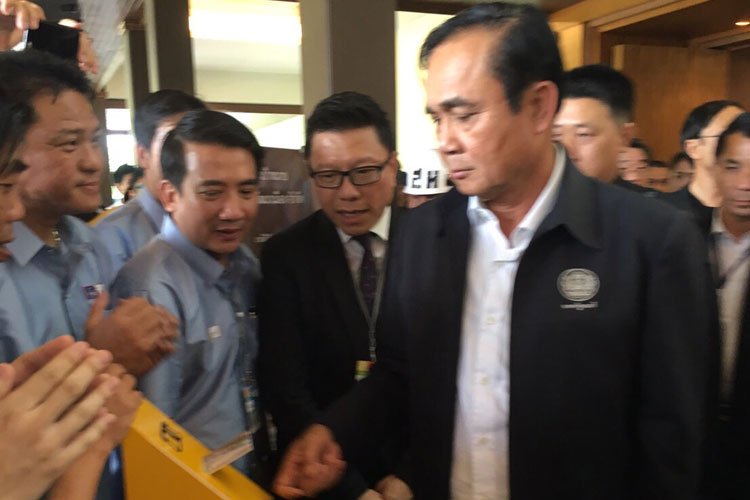 10-year plan starts with a feasibility study
“These are what we expect to see happen in a 10-year timeframe. There are a lot of things to be done and one of the most important is a feasibility study. This is the fi rst priority,” said Mr. Phadet.

“We’ve started discussions with local government and related organisations as we think road traffi c is the most urgent problem we need to address. Simultaneously, the government sector themselves also have a clear vision about the light rail project. It’s in the plans in the year to come. PKCD would like to represent Phuket to show that we really need it and not to just to let things go like many projects in the past,” said Mr. Montavee

“For now, we will start with what we can do ourselves. It may be changes in the existing transportation system to be the smartest it can be. By the time we get the light rail, people will already be more familiar with mass transit. So let’s begin with the Smart Bus phone apps that can help you manage your trip. This will be constant with our project to develop new platforms for tourism – an application tourists can download. The platform will link all the important apps useful for trip planning on which local businesses can advertise.”

Phuket City Development’s repository project
“One of the things we think about starting is a repository project. I believe there has been a lot of research and studies which have focused on Phuket. So the question is how we can gather all that knowledge for Phuketians to benefi t from,” says Mr. Phadet. “It’s not just knowledge from research papers here; we also plan to gather knowledge discovered by locals and our own ancestors. It doesn’t have to be in the form of books, rather a digital library which allows anyone easy access,” Mr. Montavee explained. 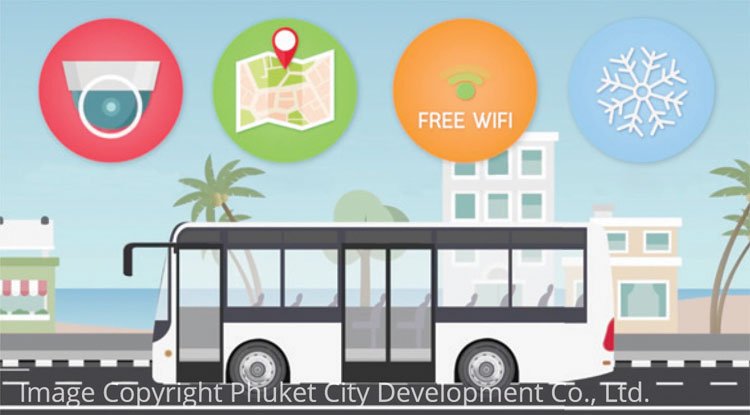 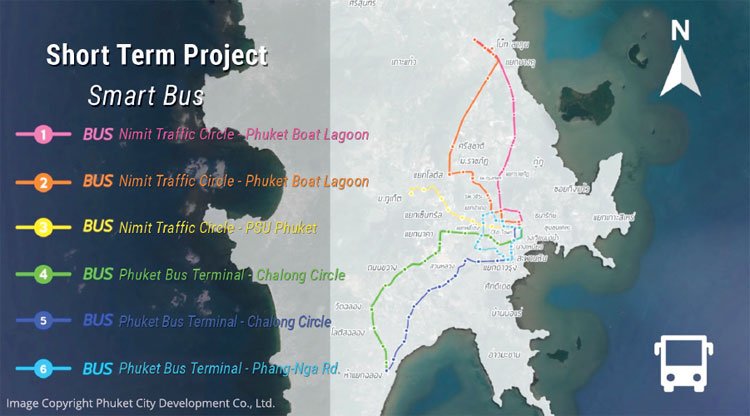 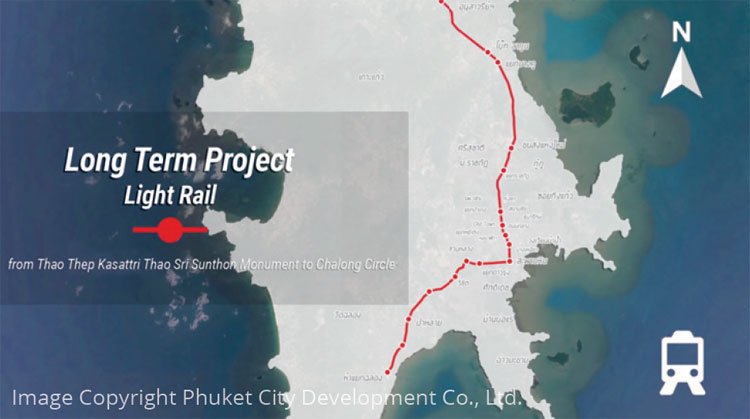 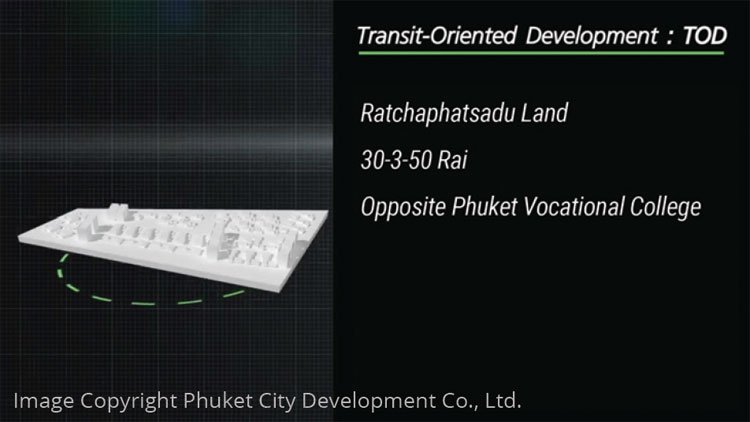 An incubator for young entrepreneurs
“If possible we would like to be a catalyst for young people who have good ideas and keen creativity.

The nowadays generations are born tech savvy. Some of them have skills and imagination you can’t neglect and PKCD would be very happy to give them a hand if they needed a stage to experiment. Just like they have in Bangkok PKCD is willing to give opportunities for the talented new generation with potential but we have no budget,” said Mr. Montavee before adding, “We don’t have to wait for government support. This is the advantage of being a private company – it’s easier to use initiative.”

Database Phuket
“Finally we wish to help gather a database for Phuket. Now we have a lot people living here; both locals, outsiders residing here and visitors. The database will allow us to track down information when it’s needed and to increase security levels.”

These are the proposals Phuket City Development Co., Ltd. has offered to Phuket. “We have to work hard and try to present progress to the public periodically so that we can help consider it together,” said Mr. Phadet. “If we look to the past, we see that those tin miners were the generation who started to build Phuket; I think this is the time when we need to do something to improve our island and raise it to another level of development. PKCD is the hands that pass knowledge from the older generation to the younger generation so that they can enjoy a smart future,” Mr. Montavee says, quoting the company’s core aim.

*What is LEED-ND?
LEED for Neighborhood Development (LEED-ND), where LEED-ND stands for Leadership in Energy and Environmental Design. It is a United States-based rating system that integrates the principles of smart growth, urbanism and green buildings into a national system for neighborhood design. LEED certification.

Next Post Phuket Clean Box – Your Dream Body in a Box