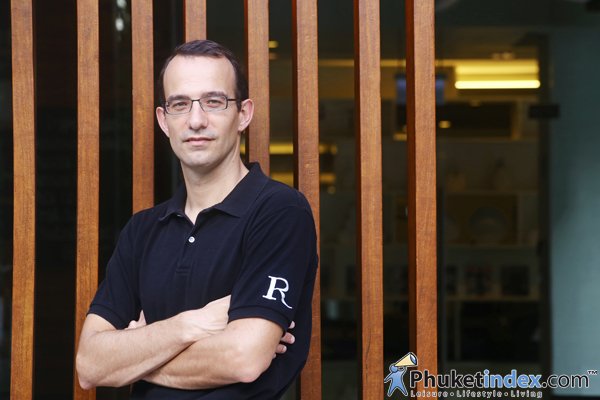 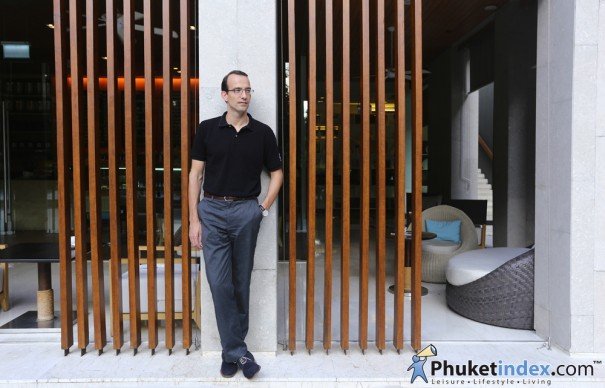 Being a media company always bring us chance to meet with new and amazing people and that why we love to be here. Phuketindex.com has great opportunity to introduce new appointed general manager of beautiful resort Renaissance Phuket Resort & Spa joining the team since 9th of September, 2015. GM Looijen Sander has revealed his background and his enthusiasm with us.

General Manager Looijen Sander is originally from Nijmegen, Holland and moved to a beautiful city call Maastricht in the south of Holland when he was about 18-19 years old where he started his hotel management school. During his study he also worked for some different restaurants in the city as his interest brought him to. He did his traineeship in Shanghai, China. Who knows that his decision at that time will make him fall in love with Asia and dream to be back. Thereafter he finished his study he did it and have been in hotelier industry around Asia for 12 years now.

About his career path

“I started my career in Shanghai with Marriott about 12 years ago. I worked there as a trainee first and became Restaurant Manager year later. After sometime there, I moved to Hong Kong to work for another Marriott for 2 years in a few different capacities but mostly Food & Beverage. Then I moved back to Shanghai again to open a new hotel Renaissance Zhongshan Park in the middle of Shanghai where I worked in Restaurant and Event Management as well. After that I moved to Renaissance Beijing Capital as F&B Director. A year and a half later, I was asked by regional office in Hong Kong to take role of Director of Restaurants and Bars for Asia. I have been there for about 4 years. And now I started my new role as a general manager in this beautiful hotel.”

Why have you been brought in to be new GM of Renaissance Phuket?
Wearing smile on his face, GM Sander said you should ask my boss why before continued, “I think the hotel is quite modern, young and energetic vibe and I think my personality fits with that. My first general manager job so I guess energy and whole spirit that I bring to the hotel will hopefully bring it to the next level.”

How do you think the job here in Phuket will compare to your previous jobs?
“I think it is very different from other jobs. First, as a general manger running a hotel is something new to me. Second is a resort location. I used to travel a lot in the past to Thailand and one of my missions was to come to Thailand because I love the country and finally I’m here. It is different culture, different kind of people, but really wonderful to be here, to be part of this beautiful resort.”

What is going to be your main task when you are here?
“The number one thing that I will be focusing on as a general manager I think is the team. People that work for the hotel are by far most important asset of the hotel. We have to make sure we take care of them. Our company philosophy is ‘if we take care of our stewardship, they will take care of our guest and the guest will come back’ and I truly believe in that. Second is of course that I will take care of our guest. I think general manager is to be around in the hotel, meet many guests as possible and get the feedback. In general guests will like to express their feelings and like to share the feedback. It is very important.”

Is there any aspect of the job you like more than anything else and why?
“Same to what I just mentioned, being surrounded by people, talking to people, get the feedback from people is always be my passion. I believe that creating team and developing people into new roles, into higher roles give me a great fulfillment. That is one thing that I particularly like about working in the hotel. Because there are so many people and to work with those amazing people is one thing that I enjoy the most.”

What are the biggest obstacles you come up against within your job and how do you overcome them?
“One of the biggest obstacles in general not only for this hotel but for Phuket is the changing of the market all the time. There are so many different nationalities that come to the resort here. The economy and all the environment of those countries have an impact on our hotel. So stay updated with all the situations in those countries of course is very important and more important is to react to those changes. When we see changes within the market, we need to make sure that our offerings will attract the other segments of the market. I think that is one of the most important things I need to focus on.”

Do you have a personal goal now you are here at Renaissance Phuket?
“My goal is always to be number one in term of anything that I can be number one,” GM Sander told us passionately. “I’m quite a competitive person. I would like to be number one but it is not going to happen over few weeks or few months but with a long term strategy and building up the team and motivating the team in the right way. I truly believe that we can achieve that.”

What do you like to do in your spare time, if you have any?
On his personal life, GM Sander put a focus on his family and passionate about sports. “When I’m free I like to spend time with my family which is by far the most important thing in my life. I have 2 young boys so you can imagine that I’m busy at work but maybe even busier when I’m at home. But I do that with a lot of fun. Besides that I like to do sports. I like watersports. I’m extremely pleased to be in Phuket. I love swimming so I hope to do a lot of that. I also would like to start Thai boxing which I have done a few times in the past and I enjoyed that a lot. Of course, here is the perfect place do Thai boxing.”