is the chosen destination for growing numbers of wedding couples and honeymooners from around the world. However, it’s not only newlyweds that can enjoy some private romance time here in the ‘Pearl of the Andaman’; there are some romantic locations that are to be enjoyed by all, whether they be new lovers, engaged couples, or just good old fashioned romantics.

Although Promthep Cape is probably the most famous viewpoint in Phuket, and often cited as a must-visit location because of its spectacular sunsets, the usual over crowdedness doesn’t really set a romantic atmosphere.  So why not head to a quieter nearby point where the view is just as magnificent –Windmill viewpoint located in Rawai district, between Nai Harn beach and Laem Promthep. As only a few cars can park here, you can enjoy a more private experience, so pack a picnic, camera and watch the stunning sunset vista together. 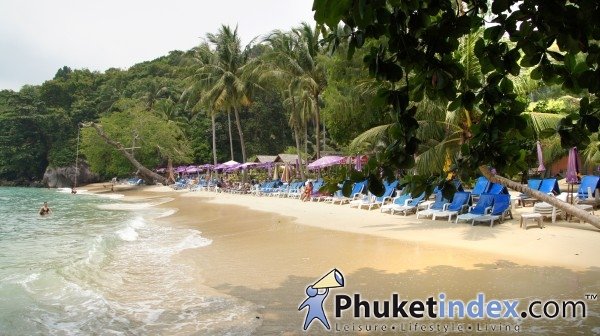 Phuket plays host to some of Thailand’s busiest beaches but also to some of the quietest. Even in high season, in certain locations around the island, there are deserted beaches to be discovered. Mai Khao Beach is the longest in Phuket. The beach starts at Sirinath National Park which, in itself, provides plenty of opportunities for privacy. The beach stretches all the way to the very north of Phuket and although there are a handful of resorts dotted along Mai Khao, you will have most of the eleven kilometres of the beach to yourselves. There are also a number of intimate and romantic beaches which are off the beaten track . The names, such as Paradise Beach, Ao Yon and Banana Beach, tend to be as memorable as the places themselves! 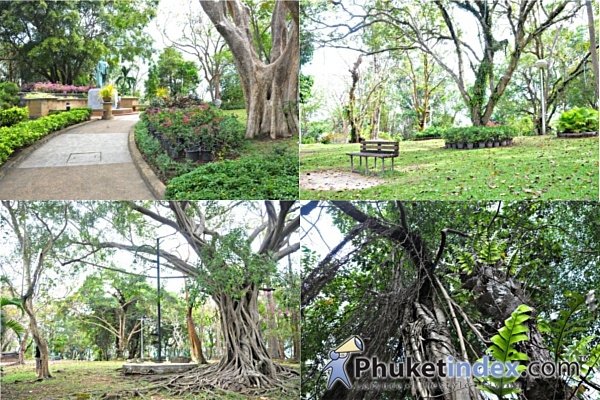 Among the most well visited of the island’s stunning vistas is Rang Hill, found North West of Phuket City centre. As you make the ascent to the top of Rang Hill you will pass both a Chinese Temple and a Thai temple. The Thai temple, Wat Khao Rang is home to a very large golden Buddha statue.

Once you reach the top of Rang Hill you will find a very spacious area with plenty of seats. The site is far away from the noise of civilisation and on clear days you are able to look out onto some of the smaller islands of Phuket’s coast. By night, the quality of the view from Rang Hill does not fade away even though the sun is no longer illuminating the view. The views overlooking the Andaman make way and are replaced by the bright lights of the city below and for many people, a night on Rang Hill is one of the most beautiful and romantic places to be. 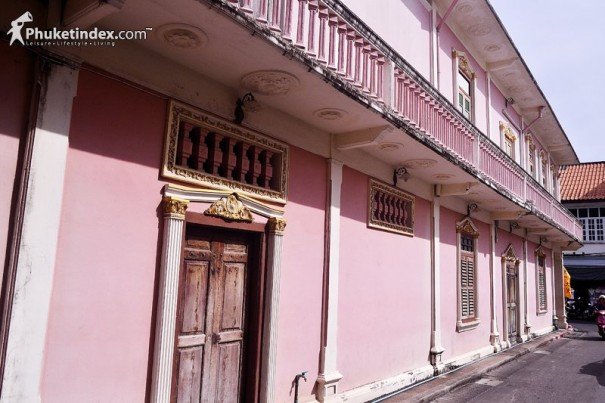 Soi Romanee, which actually means pleasure or happiness in Thai, is actually known to locals as the romantic road due to the fact it was once a red light district for the many Chinese labourers who came to work the island’s tin mines. Today, the houses in colonial and Chine-Portuguese style are beautifully colored since they have been renovated while the left side of the lane remains lined with original Chinese shophouses, and without a doubt, the style and architecture had been preserved exactly the way they were 100 years ago. The look of these buildings is further enhanced at night when many of the street’s shop houses are bathed in an ever-changing array of LED lights. At present, this area is filled with souvenir shops, restaurants, places to enjoy drinks and galleries. It is known as one of the most romantic lanes on the island and it’s not unusual to see young locals who are getting married posing for their pre-wedding photos in Soi Romanee.