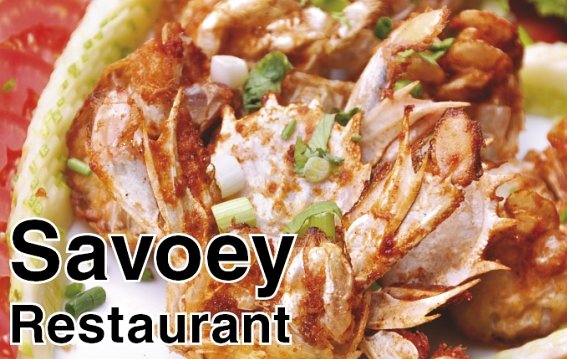 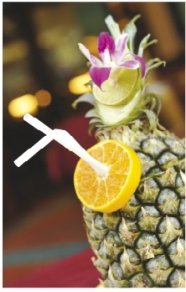 Savoey Restaurant is one of Phuket’s oldest and most popular seafood restaurants and is one of the largest and best known seafood restaurants not only in Phuket but in the whole of Thailand. It has been said by many of its guests “You cannot miss the Savoey seafood experience if you’re staying in Phuket”, and this claim can be confirmed every single day, regardless of the season. Pass Savoey Restaurant any evening and you will see for yourself the high number of regular and new customers enjoying the Savoey seafood experience. Savoey Restaurant is not easy to miss, especially for those staying in Phuket’s liveliest district Patong, with its location being on the corner of two of Patong’s busiest streets, Soi Bangla and Patong Beach Road. If you do have trouble spotting it just look for the big neon lobster.

Savoey Restaurant is a large, open-plan restaurant, where up to 300 guests can enjoy dining can either in the open air or in the restaurant’s covered sala area, both of which provide comfortable seating and a casual Andaman Sea ambiance.
With Phuket now receiving such a mixed blend of nationalities Savoey make sure they have all bases covered with their extensive menu being available in not only English and Thai but also Korean, Russian and Chinese. And it is from this menu that diners can select from fresh fish, king prawns, crab, mussels, oysters, squid, and Phuket Lobster, all handpicked by the restaurant manager, and prepared in a variety of ways. The most popular choices on the menu toady include chef specials such as Shrimp Pad Thai, Stir-fried Crab in Yellow Curry Powder, and the latest addition of Fried Mantis Shrimp in Garlic and Salt served with a choice of three dipping sauces, each of which not only taste fantastic but look great when served and that Phuketindex.com would highly recommend.

Savoey Seafood Restaurant opens early but the fresh live seafood does not arrive until after 6pm, but that is no reason to stop you dropping by as they also offer a range Thai, Chinese and International cuisines which is served throughout the day

Savoey Restaurant really does feature a fresh seafood showcase like no other on the island.
Opening Hours: Daily 10.30 – 24.00
Capacity: Seating for 300

Savoey Exclusive is the indoor, air-conditioned eating venue of Savoey Restaurant and offers the same menu. The venue has been designed using a minimalist concept and has been used regularly to host corporate dinners, family reunions and many other large scale celebrations.

Savoey Exclusive is the ideal venue for couples who want to enjoy Savoey Restaurant’s delightful cuisine whilst taking in the Patong Beach Road life in a more private environment.
Opening Hours: Daily 10.30 – 24.00
Capacity: Seating for 100

Next Post The Coffee Club – Taking the Island by Storm