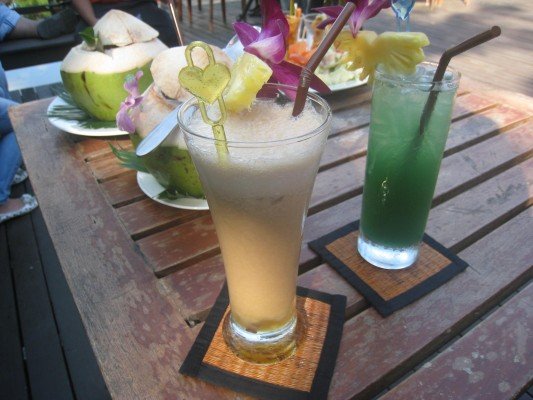 Signature cocktails are cocktails which are unique or original and are usually invented using 1 or more ingredients which are produced in the country where the drink comes from. All cocktails have been a signature cocktail at some point in time; however, many of them are now enjoyed by millions of people in bars all around the world.

Anyone can create their own signature cocktail; all they need is creativity and a little time for trial and error. Once the ingredients are decided, it is up to the inventor to then choose what type of glass would be best to present the drink in, presentation of a cocktail means everything.

At Panta Phuket’s Chaba Cocktails Bar’s mixologist has carefully created a range of signature cocktails, some of which are classics but feature an At Panta twist, and some which are unique by not only including ingredients produced in Thailand, but more importantly some ingredients which have been not only been produced but can only be found right here in Phuket.

Cool, refreshing, and the perfect drink to enjoy whilst on a tropical island. The At Panta Colada is unique in that it contains only pineapples which have been grown here in Phuket! 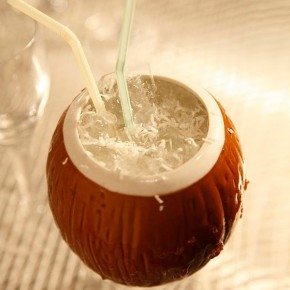 The most famous cocktail in the world, invented by a restaurateur named Trader Vic in California in 1944. Like a large number of other classic cocktails, the name “Mai Tai” has been put to a number of modern day neon-colored concoctions, but the real “Mai Thai” is golden-brown in hue, colored only by the booze itself. 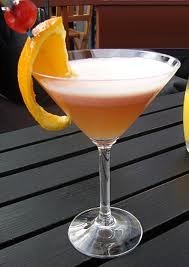 This is actually an At Panta mocktail, an alcohol free cocktail. This At Panta classic is popular with a number of its guests and includes Cashewy juice as its main ingredient. Cashewy juice is a product which has been produced here on Phuket since 2002 and has been medically reported to treat gastric diseases, stop vomiting and more. 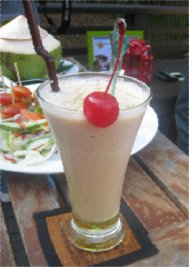 There’s no better way to end the day than enjoying a cocktail at At Panta Phuket’s Chaba Cocktail Bar.