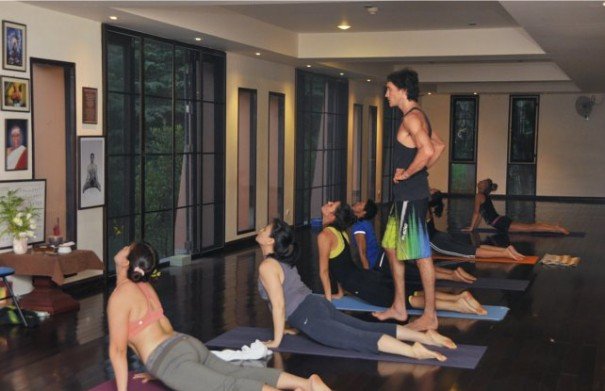 Sukko Yogo Centre, located at the Sukko Cultural Spa & Wellness, is dedicated to the teachings and lineage of Ashtanga Yoga, a style of yoga founded and popularized by K. Pattabhi Jois, and often promoted as a modern-day form of classical Indian yoga.

K. Pattabhi Jois (1915-2009) began his studies with Krishnamacharaya in Mysore, India at the age of 12. He became the leading practitioner and teacher of Ashtanga yoga, which is a set series of poses done in a flowing Vinyasa style. His first western students began to arrive in Mysore in the early 1970s. After Pattabhi Jois died in 2009, his grandson Sharath took over the Ashtanga leadership role, including teaching the many students who continue to flock to Mysore to study with the master and deepen their practices.

Ashtanga means “eight limbs” in Sanskrit, referring to the eight limbs of yoga. 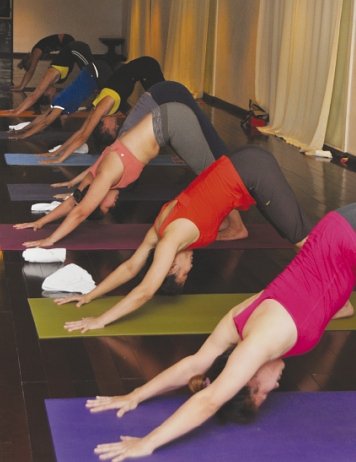 Ujjayi breathing is a diaphragmatic breath technique, which first fills the lower belly, rises to the lower rib cage, and finally moves into the upper chest and throat. Inhalation and exhalation are both done through the nose. The inhalations and exhalations are equal in duration, and are controlled in a manner that causes no distress to the practitioner.

Mula Bandha is a posture where the body from the anus to the navel is contracted and lifted up and towards the spine.
Uddiyana Bandha

Bandha is a term for the “body locks”, Uddiyana Bandha is the abdominal bandha, it involves, after having exhaled all the air out, pulling the abdomen under the rib cage by taking a false inhale while holding the breath and then release the abdomen after a pause.

Drishti, or focused gaze, is a means for developing concentrated intention. It relates to the fifth limb of yoga concerning sense withdrawal, as well as the sixth limb relating to concentration.

The Ashtanga Series of Poses

There are six different Ashtanga series of poses through which a student progresses at his or her own pace.
The first or primary series, called Yoga Chikitsa, which means yoga therapy, realigns the spine, detoxifies the body, and builds strength, flexibility and stamina. The series of about 75 poses takes an hour and a half to two hours to complete, beginning with sun salutations and moving on to standing poses, seated poses, inversions and backbends before relaxation. 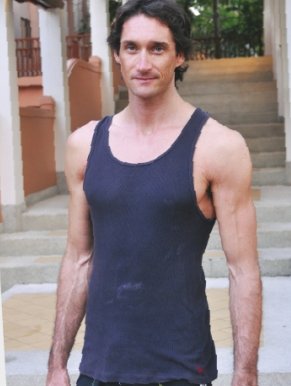 Chilean Michael Zunini is the main Ashtanga Yoga teacher of Sukko Yogo Centre. He first started practicing Yoga simply because he wanted to make his body more flexible for when he was participating in Brazilian jiu-jitsu, a martial art which Michael performed for more than 10 years.

It was 10 years ago, after receiving his very first class in Ashtanga Yoga in New Zealand from John Scott, that Michael became hooked. He spent 1 year with John, who Michael says was his first real inspiration, and he felt there was something very deep and meaningful about the discipline and couldn’t stop wanting to go further with it. He furthered his education in Ashtanga in various locations around the world, and the more he practiced the more he become in love with it, and for him it was a life changing thing that he wanted to pass on to others. Therefore, he started teaching in his own small studio in Santiago.

First he started to teach his friends, and then he started to teach others and he saw how their whole persona started to change, first the diet, then the face and the eyes. It was then that Michael decided he wanted to dedicate his life to Ashtanga Yoga, for him there was nothing else that mattered.

Although Michael is classed as teacher he doesn’t see himself as one. For him, there is always something new to learn so he will always see himself as a student and he believes that all yoga teachers see themselves as students, even John Scott who taught him.

Michael has tried many forms of yoga but for him Ashtanga is the best. However, he told us that it is not until after 6 months of daily practice that people will really begin to see what the real benefits of Ashtanga Yoga are compared to other forms.

The classes Michael now teaches at Sukko Yoga Centre are both led and mysore. At led classes, the teacher will lead the class and instructs students in the order of the poses. Mysore classes can only be taken once students know the order of poses very well. Mysore classes are an opportunity for students to practice at their own pace and level of ability, but in the company of other students and with the encouragement and advice of a teacher, as needed. In the Mysore method, the student masters each pose in sequence and is given new poses to work on by their teachers as they become ready.
For Michael, Ashtanga Yoga is not just an exercise, it’s a lifestyle!

It is important to note that both full and new moon days are observed as yoga holidays in the Ashtanga Yoga tradition.
These are days to rest from Ashtanga and observe how Mother Nature has both obvious and subtle effects on all living things.  Humans are about 70% water and therefore the gravitational forces exerted on us by the relation of the Earth, Sun and Moon create shifts in our energy. Full moon and new moon represent the peaks of such shifts with the full moon building a strong and not so grounded energy while the new moon fosters a very grounded but heavy energy within us.