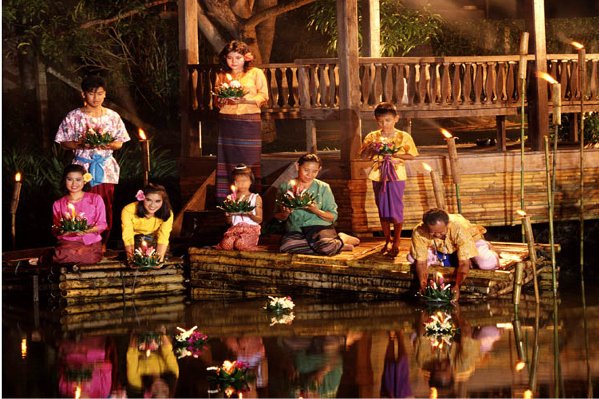 Falling on the night of the 12th full moon – which this year is November 28th – Loy Krathong is a tradition that dates back hundreds of years and one that many Thais hold close to their hearts. The purpose of the holiday is to give people a chance to honor and thank the Goddess of Water, Phra Mae Khongkha, for her help in providing the most basic of all human necessities. As Thailand was, and still is, a largely agricultural society, a healthy supply of water has long been central to the country’s prosperity and development. It’s no surprise, then, that on the night of Loy Kratong, rivers, ponds, lakes and canals across the country are thronged with people making their offerings, just as they have done for centuries.

But it’s not just for Thais – anyone can take part, and there are always plenty of areas where you can buy the central piece of the ceremony – the kratong. Usually made from a cross-section of a banana tree, wood or sometimes even bread and decorated with banana leaves, flowers, incense and a candle, the idea is to light the candle and incense, say a prayer, make a wish, and float – or loy – your kratong on the water. Some Thais even include a few strands of hair and some fingernail clippings on their kratong, representing the act of discarding the old and welcoming the new. 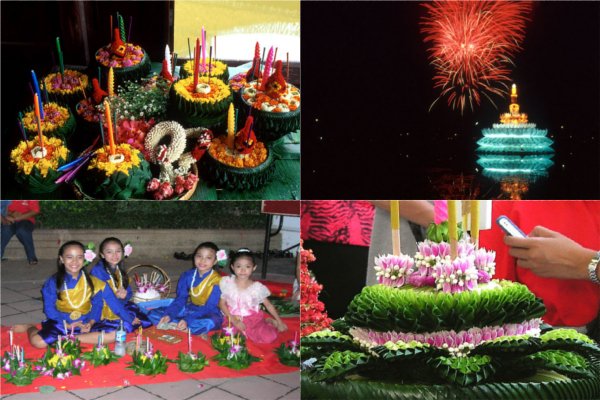 Another delightful aspect of the festival is the releasing of floating lanterns, called khom loy, into the sky. This is more common in Chiang Mai than Phuket, but you will still see a large number of the lanterns rising slowly into the night all over the island. It’s an incredible scene to witness and one that is especially meaningful to couples as they hold hands and watch their khom loy retreat into a tiny speck of light.

One thing to keep in mind is the need for a biodegradable kratong and khom loy. In the past Styrofoam or plastic was used, which of course defeats the whole purpose of thanking the Water Goddess for her bounty. Avoid buying these if they’re offered and instead choose the kratongs made from natural products.

Of course, there’s no hard and fast rule for where to go in Phuket to join in with the beautiful festival. However, if you follow the crowds of people out in the street on Loy Kratong, you’ll eventually arrive at the right place.

A mix of locals and tourists take part in Loy Kratong festivities at all of Phuket’s major west coast beaches. Nai Harn Lake and Patong usually see the most activity with locals visiting beaches like Kata and Karon.

Two sites in Phuket Town: Saphan Hin Park and Suan Luang (King Rama IX) Park are also popular places for locals to celebrate. However, you can expect to see big crowds at both of these locations.