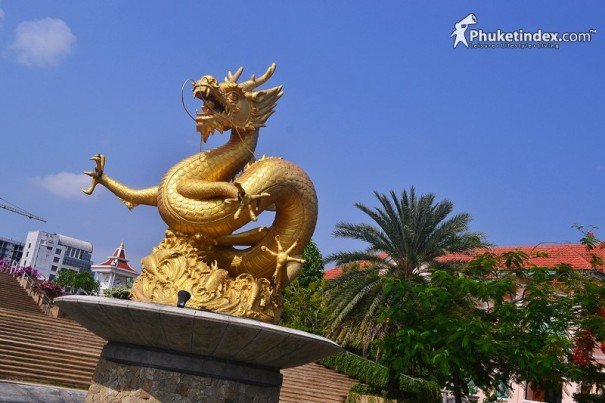 Queen Sirikit Park was constructed near the centre of the city of Phuket in 2004, on the occasion of the 72nd birthday of the Queen of Thailand. The resources and funds for the park came from a number of sources, but the park was built and is now administered under the authority of the Phuket town council.

The park is not overly large, but it has a grassed area and an upper paved area. A tower clock and a gold sea-dragon (the symbol of Phuket island) are located in the park. 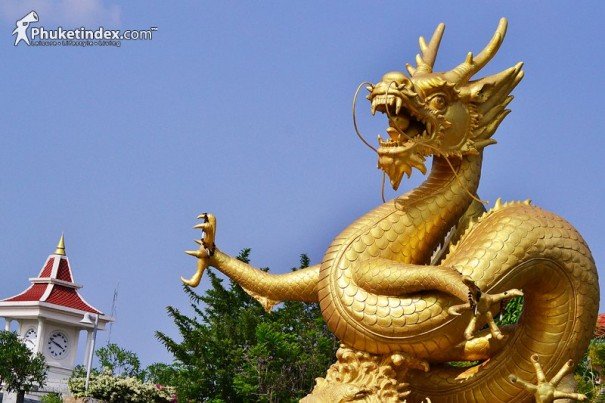 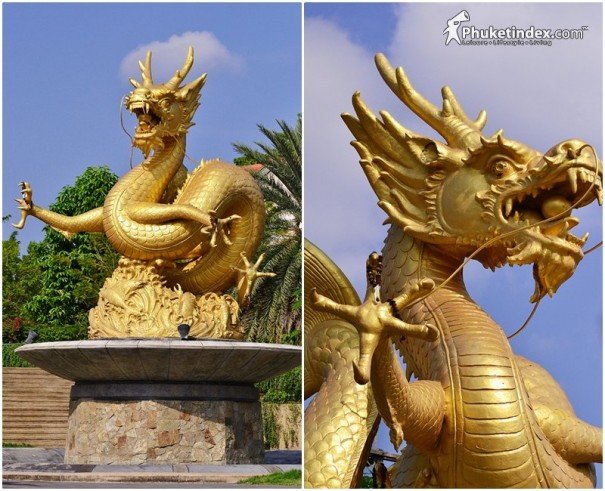 The story of Gold Sea Dragon : If you look at it just right, according to Chinese legend, Thailand’s Phuket island resembles a dragon rising from the sea—with just a little bit of imagination. The name of the dragon is Hai Leng Ong, also known as the Great Sea Dragon of the Indian Ocean.

This dragon has been immortalised in Phuket town with a fairly impressive statue. This statue sits at the entrance to the Queen Sirikit Park. The dragon is gold in colour, and looks rather mean and menacing.

This statue was constructed by the office of Phuket City, in the year 2006, the 60th year of the Thai King’s reign. 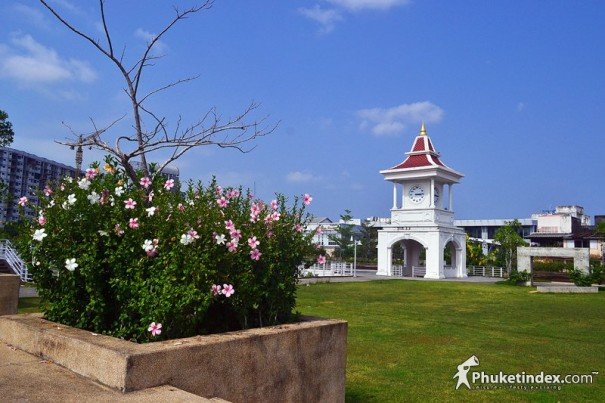 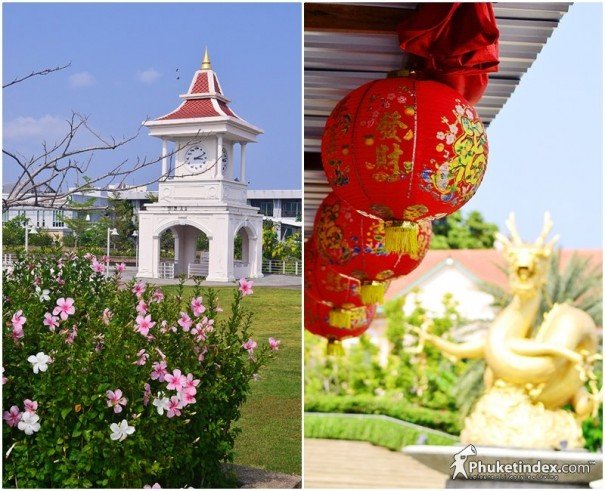 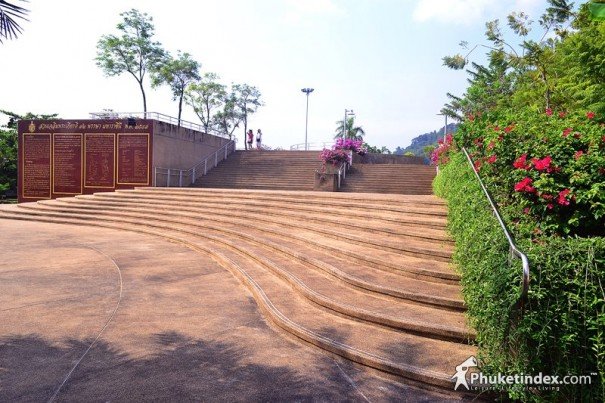 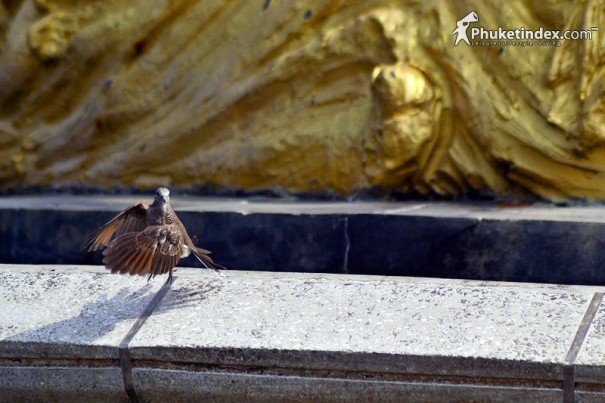 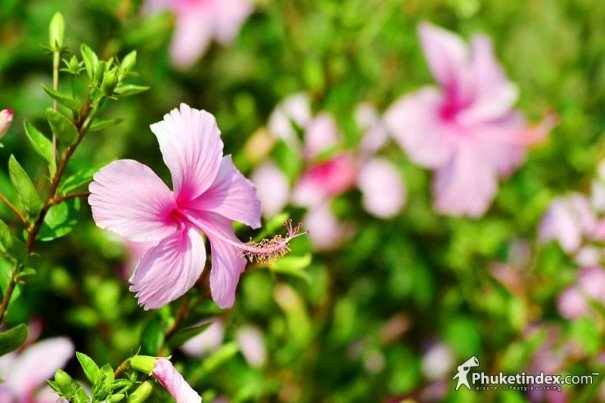 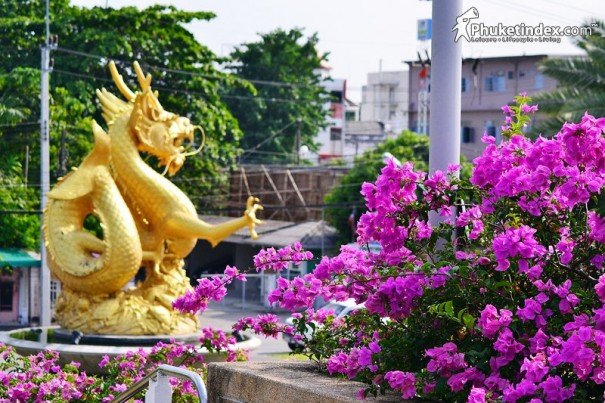