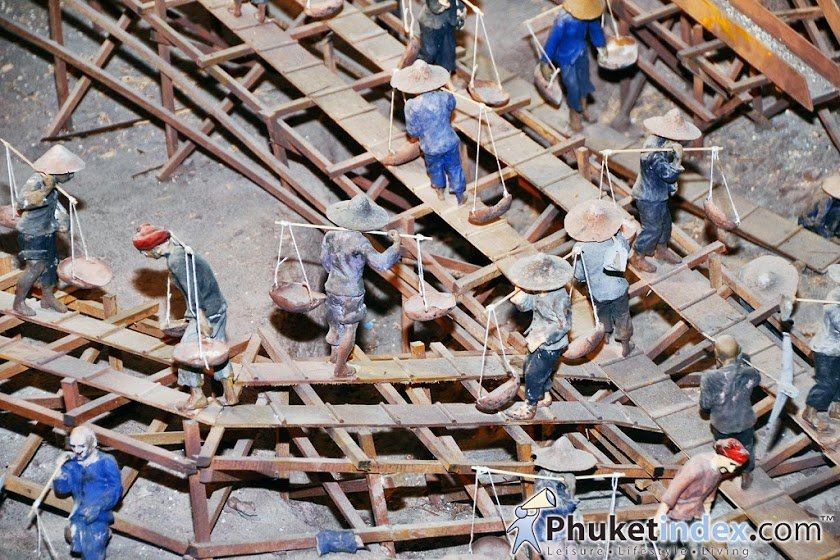 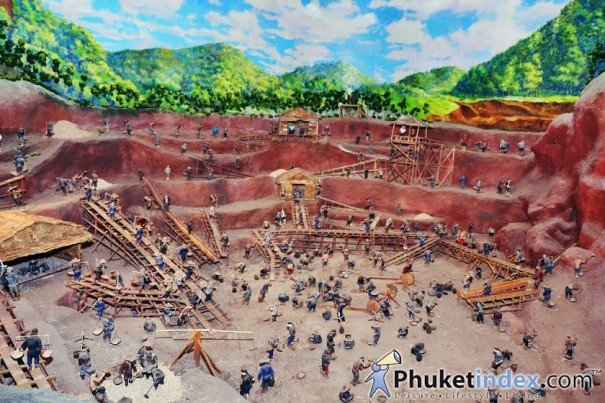 According to the evidence which is available, it appears that Phuket’s tin mining industry began as long ago as 1528 A.D. during the reign of King Ega Thodsarot of Ayudhya. Prior to this time, the Portuguese had occupied Malacca, which was the trade center for their Asian operations, and in 1583 they opened a tin warehouse in the Thalang district of Phuket.

In 1626 the Dutch pretty much took over Java and King Sontham agreed that the Dutch be the sole agents for the tin trade in Thalang. In 1667 the people of Thalang rose to fight the Dutch and subsequently expelled them from the Island. 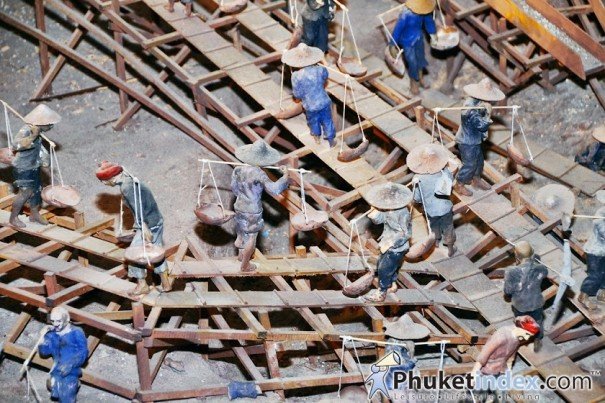 In 1772, the British Captain, Francis Light, who was also very busy in Penang, came to establish a tin trading station at Baan Tharua. Subsequently he became very good friends with the Governor of Thalang. In 1809 tin minerals were found at the then named Baan Ket-ho, now known as Kathu, leading to more and more Chinese migrating to Phuket to work in the growing number of tin mining operations. At the time tin was panned from the streams using simple tools, but in the Mhuang Lan or Mhuang Khra area, operators with greater capital used powered water hoses to break down the soil and rocks of nearby hills. In addition to the harvesting of ore by the aforementioned methods, there was also another method used. This involved digging into the soil, crumbling the rocks and following the visible ore pipe. There were at least 100 workers at the Mhuang Harb mine working over a wide area. The Mhuang Jor-Ngun mine was on flat ground where there was already an exposed rocky mineral line. 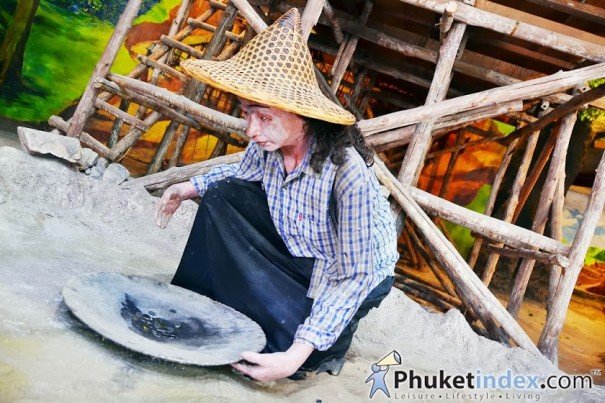 In 1861, Phuket was promoted as a leading city and was to be answerable directly to Bangkok, and as a result of the expansion in mining Thalang became an important town under the jurisdiction of Phuket. The government began collecting taxes by means of “Mhao Muang’ and in 1876 Chinese workers became unhappy and started rioting and united together to become the “Ung Yee”. They complained about the shortage of water needed for separating soil from ore as well as the decrease in incomes caused by the “Mhao Muang” tax system and further worsened by lowering tin prices.

In 1907, when Phraya Radsadanupradit (Khorsimby Na Ranong) was a regional dependant of Phuket, Edward Thomas Miles, an Australian captain established the Tongkah Harbor Company and it began to run the Mhuang Rua Khud mine at Thungkha Bay. It was the first tin mining operation in the world to use marine vessels for dredging ore from the sea bed and later it was ingeniously adapted to be used inland too. The Mhuang Rua Khud mine needed high capital investment and required a large open space; its success eventually attracted other companies and for Mhuang Rua Khud a new mining era was born. 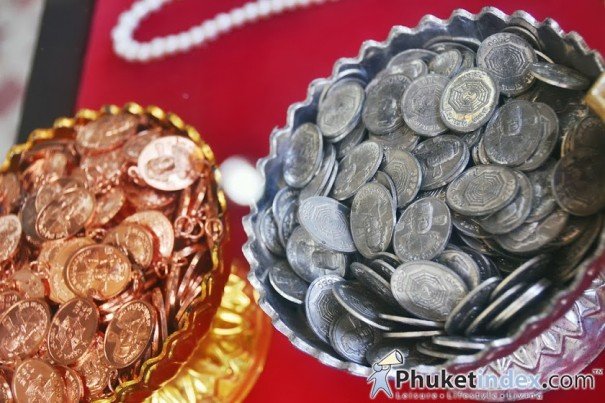 In 1930, the “Mhuang Chao Fah” mine was opened. It was the first Mhuang Soob in Thailand. It needed a large plain, a lot of equipment and a variety of vehicles. Therefore, dikes and rail tracks for the movement of mineral ore were built.
In 1963, the Thai Sarco Company was founded and implemented the first tin melting plant in Phuket and the tin ore it produced made a lot of people wealthy. In 1967, Temco Company requested government permission to operate deep sea mining, but the Phuket residents protested. In 1973, the Tourism Authority of Thailand announced its plans to develop Phuket into a major center of Tourism.

In 1975, the government cancelled all ore mining concessions for Temco Company and allowed the formation of the Phuket Tourism Business Club. In 1988 there was the “Tantalum” case which saw a large number of people from Phuket protest strongly against the building of an ore smelting factory. Mining businesses closed down and the tourism industry era began. 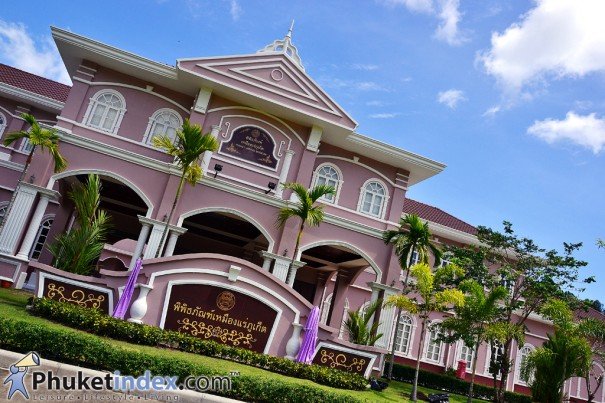 The informative Kathu Mine Museum opened its doors in August 2009, and it has quickly become one of Phuket’s most cultural and historical attractions. The museum offers exhibitions both inside and outside of its grand building 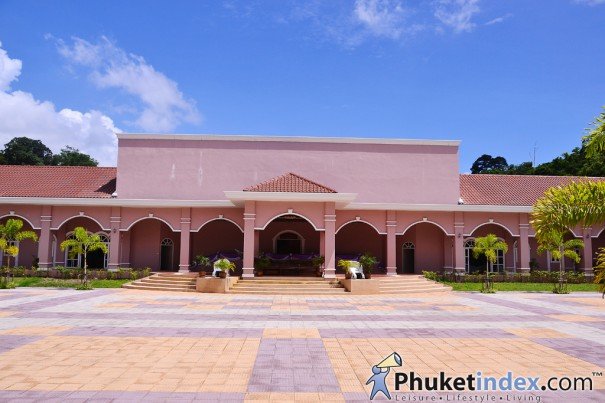 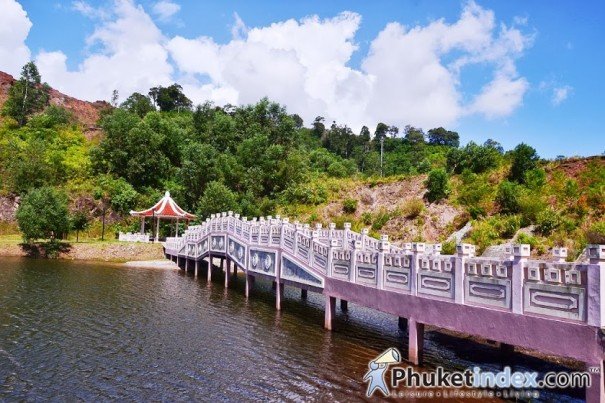 The Kathu Tin Mine museum is a great reminder of the major part tin mining played in the island’s history and represents an important step in Phuket Administration’s ongoing strategy of promoting not only the island’s natural landscapes, but also its cultural and industrial heritage.

The museum can be accessed by turning off Thepkrasattree Road (going north) between the bypass road junction and the entrance to the Boat Lagoon, then going past the British International School. The entrance – a rather majestic gateway in the middle of the countryside – is about a mile further on and cannot be missed.

Next Post The Willpower Institute: A Simple Meditation Technique for Everyone