Surachai Chaiyawat, Chairman of the Phuket Chamber of Commerce, shares insightsabout Phuket and insists that the island stillhas room for growth.

Opportunities will come with thecompletion of the internationalairport’s expansion
Phuket has a growing number of visitors every year; this year we expect more than 10% of an increaseon the previous year. In 2015, we welcomed about 13 million tourists and with the airport expansion – which is expected to be completed this year -14million is the number forecasted.

In the past we only had 28 aircraft docking baysbut our aim is to have 33. We’ve now become aninternational tourism and air travel hub which means that tourists can fly to pretty much anywhere from Phuket and I feel it will be a new era for the island in which we can expect to see exponential growth.

When the airport development is finally completed, it’ll be able to serve 18 million visitors per year and we’re even looking ahead to 25 millions of passengers a year but that will need extra infrastructure.

Infrastructure projects
In response to the growing number of tourists, the government has approved an increase in the province’sbudget to improve our infrastructure. These are the Chalong underpass, the Saku underpass, Koh Kaew-Tharuau-turn bridge and Muang Mai Airport underpass.

Phuket aims to be a Smart City
Phuket has beautiful beaches and great weather andis known worldwide for its scuba diving, entertainment shows, shopping, spas, and healthcare. In spite of all thiswe still need to keep up with things in order to compete with other tourist destinations such as Hong Kong and Singapore who seem to be more ready with smart facilitiesfor tourists. Phuket has the aim to be a Smart City. This project is in the province’s long-term plans and will implement it during the 4-5 years to come. Phuket willbe a hub for the Digital Industry and will promote Smart Living providing safety and security for both residents and tourists with the development of CCTV systems, a tourist database, high-speed internet and Wi-Fi connections all over the island.

Phuket City cleans up
While the government puts a focus on the development of infrastructure, Phuket City will be upgrading its waste management and environment. The update of the garbage incinerators in Saphan Hin will be completed in 2018 and they’ll then be able to handle up to 950 tons of garbage per day which is approximate to the expected increased statistics. A wastewater pipeline system in Samkong area will also be implemented.

The private sector pushes the economy
The government allots a 3.500 billion baht budget while the private sector adds another 100,000 million baht. The big players are also interested and believe in Phuket’s potential. King Power Phuket Complex and the floating market in Kathu have already been launched and in the upcoming years, you’re going to see a few more projects coming up such as a Central Festival new phase, Blue Pearl by The Malls, GMS Duty Free, Phuket Aqua Park and Bukis Phuket. 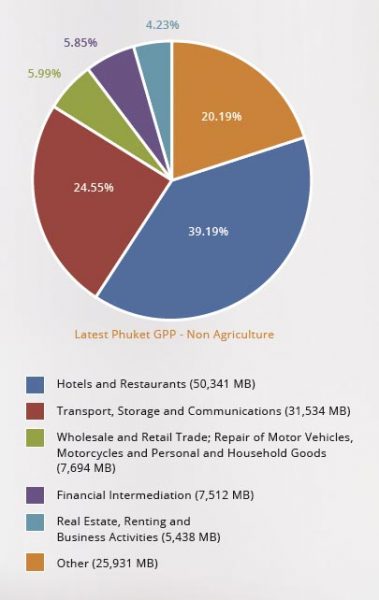 The direction for the future
When we have more visitors coming to Phuket, the other provinces in the Andaman region also benefit from the situation. Many tourists coming to Phuket also travel on to other destinations such as Phang Nga, Krabi, Ranong, or to Trang. Though these other provinces’ income don’t necessarily depend on tourism asthey’re mostly agricultural they do however produce food and supplies to feed Phuket so this makes the Andaman region’seconomy better and healthily stimulatedas a whole.

Apart from the airport’s expansion and the improvements in the road works infrastructure, electricity and water are also what we’re concerned about. We’ve discussed about having an electricity powerline from Surat Thani and fresh tap water from the Ratchaprapa Dam in order to support the increasing consumption and needs in Phuket.

In my opinion, I’d say that Phuket and the other Andaman provinces still have good potential for investment. As long asinvestors know when and how to adjust tothe changing situation, Phuket will always provide an opportunity. 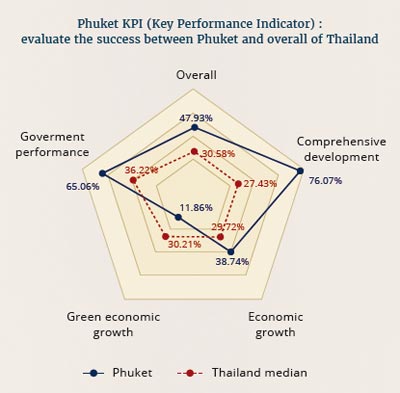 The Phuket Chamber of Commerce’s role is mainly to provide support and consultancy for businessmen and investors and to work towards benefitting local commerce, industry, agriculture, finance institutions and freelancers in Phuket as well as to help in the coordination between the private sector and officials as well as supporting charitable works.