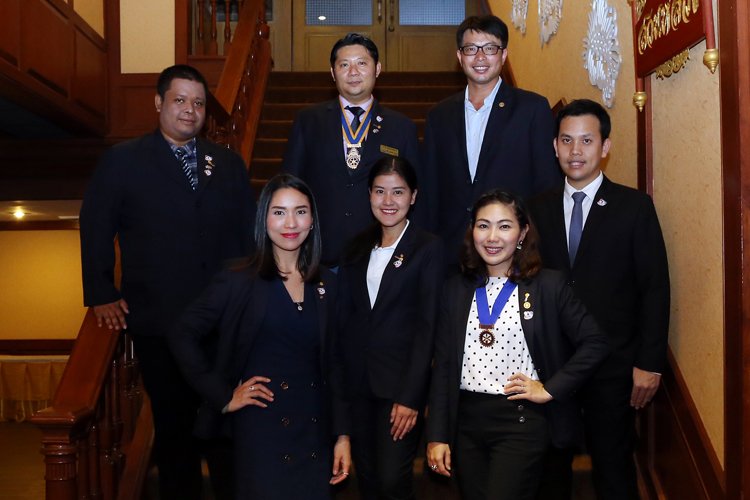 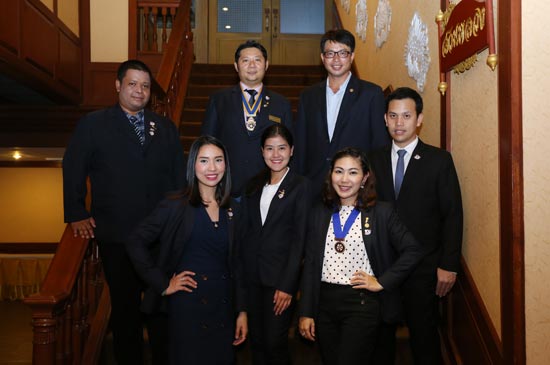 There are a number of charitable clubs in Phuket and amongst the most popular and well-known is the Rotary Club. Phuketindex had the opportunity to interview one of the club’s senior members.

“The Rotary Club has been established for over a century. At present there are seven branches in Phuket. I was a member of the Rotary Club Phuket South for about six years before I joined the Rotary Club of Sino Phuket,” says Khun Kongsak.

“The Rotary Club Phuket South got the message from the Rotary Club International to bring in some new, young blood. Normally, members are relatively senior – retirees who have the time to engage in charitable causes. So basically we were requested to introduce the club to the new generation. Phuket has the potential to successfully recruit younger members into the club as it is a small society and most young entrepreneurs are from well-known community families who usually see each other in several places and occasions around Phuket. I can then easily spot those who might have the same interests as the club. So I was asked by senior member to be on the lookout for potential younger members; people who have a public spirited mind and who are interested in charity works. “

“We don’t talk business. The club is formed purely for the purpose of serving the public interest and charity,” explains Khun Kongsak. “It took me about a year to prepare the setup. You need a minimum of 30 people. At first I actually didn’t take much action and chose rather do it slowly,” admitted Khun Kongsak, thinking that as there were already seven clubs in Phuket he didn’t see the importance of having one more. However, he changed his attitude when he had the chance to talk with a few senior members at a seminar about the direction of the new club for the young.

“I understand it more now and see the potential of the new generation – most of them the descendants of leading entrepreneurs in Phuket. They are already donors and support other charities but not in the way Rotary Club does. I think if we guide them right and start to encourage and foster the public mind, they will be empowered to do even greater things.”

What about the Rotary Club’sprojects?

“The Rotary Club’s projects will first and foremost focus on needy areas; even in Phuket there are still some people and places that are in need. At our age, we’re attracted by charity works involved with children and education. Last year, we collaborated with the TIDA Dance group and organized the ‘Frozen’ show to raise funds for the Baan Sapham School library. We also helped raise funds for Heart Centre for Children at Vachira Phuket Hospital. We’ve also done some road safety campaigns which have been running for two years now.” 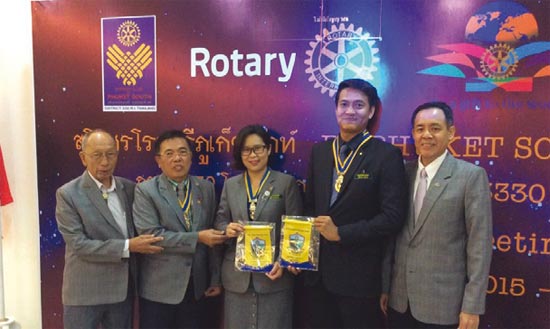 Joining the Club
“If any of you are interested in what we do, the first rule is that you have to have the heart to put good works above yourself. The second is you have to make time for the club as we normally have at least a one-hour meeting every week. For those who realise the importance of what we are doing but don’t have time to join us, you can also support and donate to the project we are working on. You may follow the Facebook page of the Rotary Club of Sino Phuket.”

How did you become a member ofthe Rotary Club?
I was persuaded by the club’s seniors. They asked if I’d be interested in helping others in the way the Rotary Club does. I thought to myself that it was a pretty good idea and there were other young people joining so it all interested me. 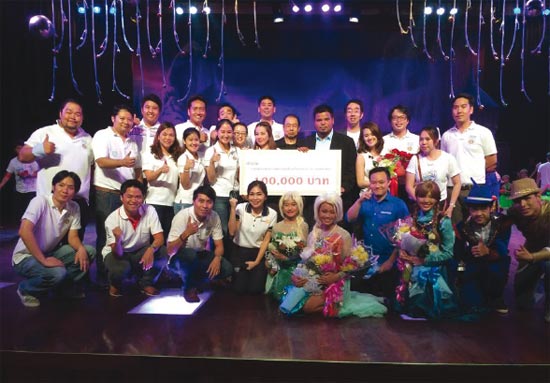 What project are you working onthis year?
This year we have a project called ‘Safer Roads’. We’ve received a lot of funds from overseas and have asked other clubs in Phuket to join us in this project. Another project is a Chinese-language training course for tour guides. We’re doing this project with the Rotary Club Jungceylon, and the Phuket South branch. It’s free. For those who are interested, you can contact us and we will help coordinate with you. We’d be happy to have more members. With more people, we have more of a chance to create a better world.