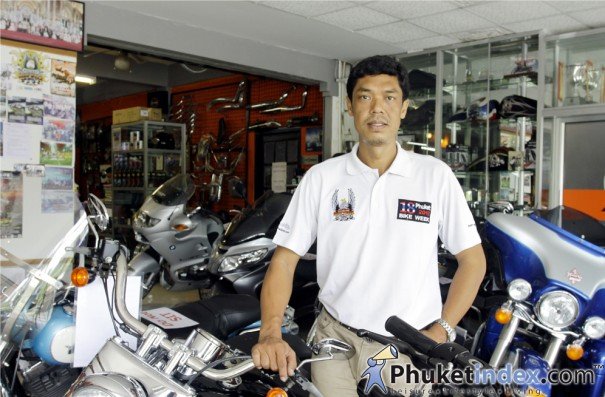 It was in April 1995 that the island saw its very first Phuket Bike Week, the grandest event of its kind in the South-East Asia region. The event saw 300 riders congregate at “Mitthrapap Beach” also known as “Friendship Beach”, in Rawai. There were a few participants who belonged to two local biker groups, the “Phuket Riders” and the “Sun of Chewa”, but the majority of bikers who joined the first Phuket Bike Week were tourists who rode their bikes from neighbouring countries to partake in the event and visit Phuket Island. 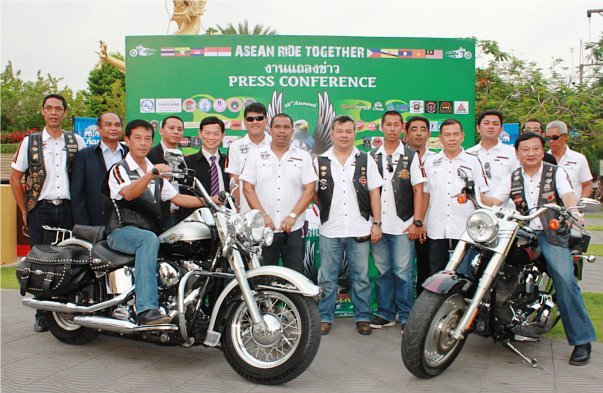 Nearly two decades later, the 19th Phuket Bike Week 2013 “ASEAN Ride Together” became the biggest motorcycle event not only in Thailand but in Asia. The event attracted over 5,000 motorcycles and more than 30,000 visitors from 26 countries. Recent Big Bike Weeks feature a number of entertaining activities to keep the bikers happy both on and off their machines such as the popular Miss Phuket Bike Week competition, tattoo and custom bike shows, a motorbike exhibition, a ride for peace and global warming, a sand sculpture contest, beach parties and a music festival. The activities take place around the Patong area every year and attract TV and media from both Thailand and overseas.

The organizers are now also backed by the Tourism Authority of Thailand (TAT) whose main task is ensure that Phuket Bike Week is included in their calendar of major events in Thailand Phuket and to ensure that the event is promoted around the world well in advance.

Phuketindex.com had an opportunity to chat with Mr.Wittaya Singkalah or “Sumon”, the main coordinator of Phuket Bike Week, about his big bike background and the increasingly popular Phuket Bike Week. 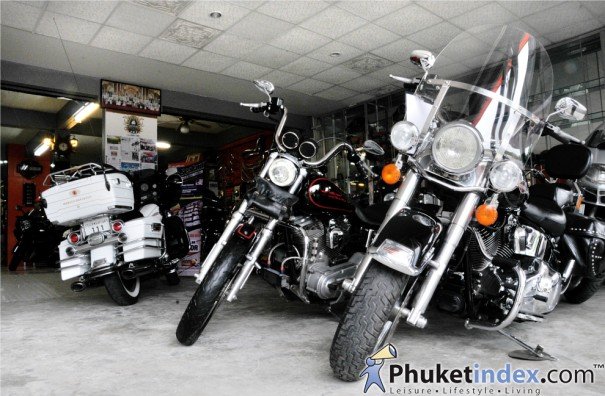 Since childhood I dreamt that someday I would own and ride a big bike, something I believe is a dream of many boys and men. When you ride a big bike you know what it feels like to be free, and when you hear the sound of the engine you know that is the power which will take you where you want to go. I worked hard to help me create the wealth I needed to live my childhood dream, big bikes come with a big price tag and you really have to be passionate about them to want to own them. I have also been lucky enough to bring the main passion in my life into my everyday life by running a business which sells and services big bikes. This business opportunity has also allowed me to make more friends and meet people from all walks of life. When I realised there were so many people who shared my passion for big bikes, I also realised there was a serious lack of activities for big bike lovers. Therefore, my team and I devoted a lot of our time organising big bike festivals. We hoped that by doing so we would help to develop Phuket, my hometown, and its tourism industry.

What do you think of people’s attitudes towards today’s big bike society?

Unfortunately, in my opinion, the general attitude towards the big bike society is that people look at these people, the way they dress, many with their tattoos and leather jackets, and they think they are bad people. However, if you look beyond this and actually take the time to get to know them you will realise that the majority are really good guys. They have good hearts and many participate in a number of social and charitable activities. Furthermore, big bike riders are people who have discipline on the roads and respect traffic rules. 20 years ago there were fewer than 10 big bike riders in Phuket; today we have 36 big bike clubs with a combined membership of thousands of people in Phuket alone and tens of thousands in the ASEAN region, if these people really are so bad I think you would hear a lot more negative things about them. 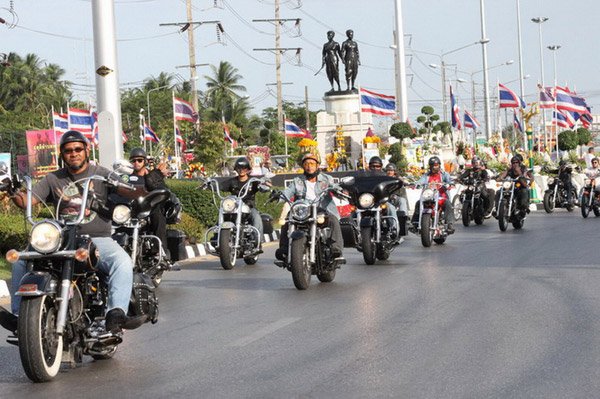 How did you begin Phuket Bike Week?

Back in 1995 the Phuket Riders Club and the Immortals Thailand Club decided to organize a group ride with motorcycle riders from Bangkok, Malaysia, Singapore and the USA. Originally our big bike group rode together to different nearby countries such as Malaysia and Singapore, as well as other major cities in Thailand, but we thought it would be better if we could chose a city which could become a base for our big bike meetings and it was agreed that Phuket would be the ideal location as it has international standard hotels & resorts, plenty of restaurants which cater for all tastes, and all other necessary facilities needed to support the bikers. The original ride in 1995 involved around 150 big bikes and about 300 visitors, which we felt was a successful start, the event has continued to grow over the years and Phuket is now known all over the world as the city for big bike lovers.

What are the main objectives of the yearly event?

The festival is organised jointly by Phuket Province, Patong Municipality, Phuket Big Bike Club, the Phuket Riders Club, and Ride Thailand magazine and its main aim is to bring together big-bike lovers from across Thailand and around the world. Phuket Big Bike Week is now a major event in the Phuket calendar and it brings a lot of good things for Phuket, in many different ways, including injecting at least 600 million baht into the economy every year. Other objectives of the events are to promote travel and tourism in Phuket and Thailand; create greater unity for bikers worldwide; promote safer riding (with helmets on heads and lights on bikes) and organize charitable activities to raise funds for schools for underprivileged children in Phuket. 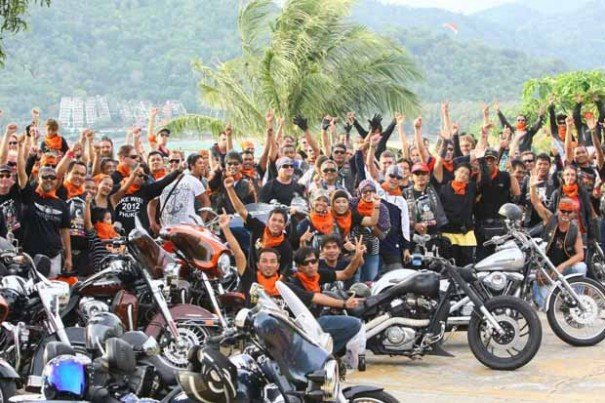 Why did you decide on the new “ASEAN Ride Together” theme for the event?

As Thailand is preparing to join the Asean Economic Community (AEC) initiative in 2015, and many bikers come across the borders, especially from nearby Singapore and Malaysia, it was decided that the theme until then should be ‘ASEAN Ride Together’. I believe that our big bike group is now recognized throughout the ASEAN region and this had led to a large number of cultural exchanges, including business negotiations which have led to an expansion in investments because most bikers owns their own businesses. Moreover, it is held under this theme in order to expand our big bike community and to build a strong group that will be recognized in the various countries that make up ASEAN. When we all come together as one it will be so much better.