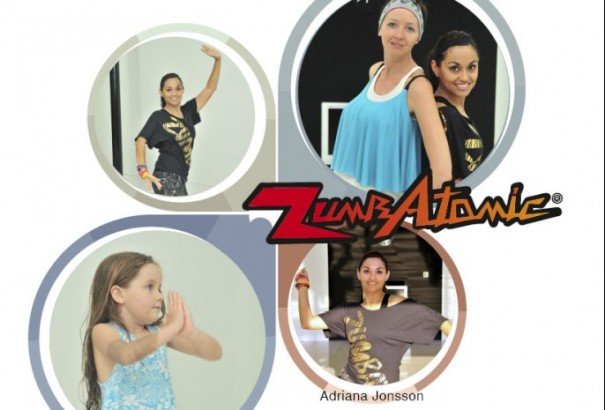 What is zumba you may be asking yourself? Are you honestly telling me you don’t know about the wacky fitness dance craze taking over the world as I write this article? Well if you don’t know already, it’s certainly time to get to know about it, and maybe after reading this article you may gain enough interest to get those workout shoes on and show us some of your moves!

Firstly, let’s give you a brief history lesson to settle in for the ride– zumba originated in the early 1990`s from Colombia, and it was a dance trainer there named Beto Perez, who came up with this wicked concept. It was only by chance he invented this style of dance workout, as the rumour is, one day when he got to his usual class to teach aerobics he had forgotten the tapes he used for his class. Luckily, Beto had some old salsa and merengue music tapes that he loved to listen to in his car.

Beto was the sort of guy who, as well as being able to dance on his feet could think on his feet too, so he improvised using his upbeat Latin music tapes together with cardiovascular exercise, the class went wild and Zumba was born.

Today, there are more than 25,000 official Zumba fitness instructors who conduct classes all over the world and Zumba fitness has been featured in newspapers, magazines, TV shows, and many more media outlets.

Zumba has been built on a foundation of latin music and dance. The dance moves are based on a variety of latin styles including meringue, pop, reggaeton, cumbia, mambo, slasa, salsaton, flamenco, rumba, and calypso. Both slow and fast rhythms are involved so Zumba enthusiasts receive a variety to beat the boredom and increase agility and muscular involvement.

The idea behind combining easy dance steps in a fitness program is to help those who have a negative association with exercise and fitness re-framing their attitude about fitness and exercise.

Most that have started on the Zumba fitness path are addicted to the program.

The Zumba Phuket Fitness team, made up of some very highly talented and creative individuals, has now brought this phenomenon to the island and it’s not only the adults who can take part. Designed exclusively for kids aged 4 – 12 years, Zumbatomic classes are rockin’, high-energy fitness-parties packed with specially choreographed, kid-friendly routines and all the music kids love, like hip-hop, reggaeton, cumbia and more.

Smiley, energetic, Mexican born Adriana Jonsson is one of the founders of Zumba Phuket and is also a licensed Zumbatomic instructor she told us “It’s not an easy job trying to get your kids to be interested in doing something physical such as playing outside or sports if they aren’t into it. Parents know that things have definitely changed since they were children. There weren’t nearly as many things to do inside the house as there are today. Modern day kids have access to an extensive line of video games with multiple gaming systems, more TV shows and cartoons tailored to them, the internet and many other things that they can do inside.”

“Parents love Zumbatomic because of the effects it has on kids, increasing their focus and self-confidence, boosting metabolism and enhancing coordination” she added.

Maybe your kid isn’t into the competitive nature of sports, or maybe your kid’s friends live in different neighborhoods and they stay inside more than you’d like. Zumbatomic is a great option to help them get out and experience something active.

Next Post “Phuket Pearl” Treasure from the Andaman Sea