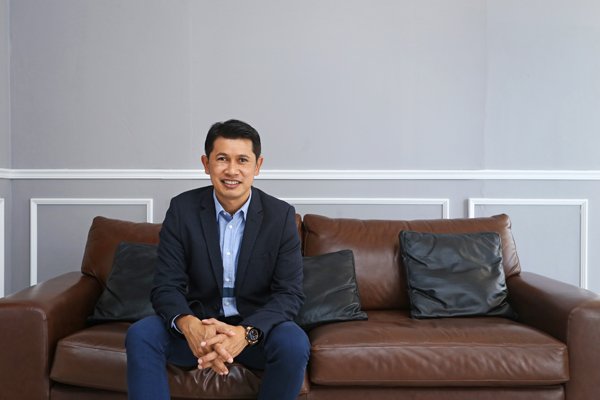 Khun Sawit Ketroj is originally from Nakorn Si Thamarat Province but he has spent most of his life away from his birthplace in his thirst for challenge. After graduating, he began his career with a real estate company in Haad Yai and later pursued a Master’s degree in Nakorn Si Thamarat, eventually arriving in Phuket in 2004.

Khun Sawit (or Mai) moved to Bangkok after he got his Master’s degree. Working with a public company he progressed to management level and gained great knowledge as well as cultivated extensive managing skills and subsequently his confi dence in the business world grew. He then spent six months abroad before heading back home for new challenges.

A friend invited Khun Sawit to come on down to Phuket to start a business and this is where the journey of the Emerald Group began.

“The first challenge was to revive a condominium project. We worked to get it back from crisis level and managed to make it into a successful project,” Khun Sawit recalls, “Then Emerald Terrace in Patong and Emerald Central followed.”

It was a critical time, those early years of starting up and growth.

Emerald Group – The Beginning
After the first few successful projects, it was time to start to think about building up the brand. “Emerald was the first brand word we thought up and from then on we concentrated in being unique in our philosophy and attitude so that people could have a clear idea as to who we are and what we stand for.” 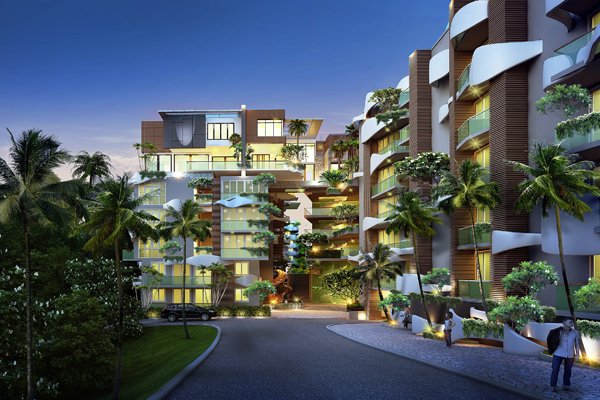 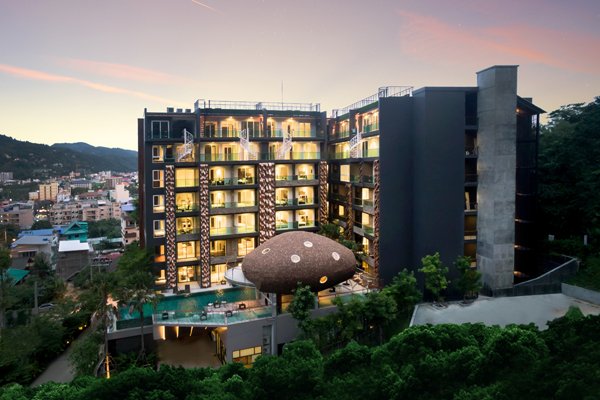 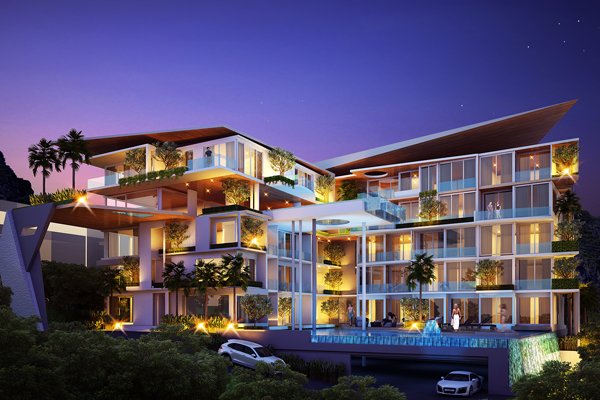 Projects of Emerald Group
“Most of our developments are condominiums”, says Khun Sawit. “Emerald Terrace has just been completed, Emerald Central is expected to be finished at the end of the year and we’re working on a further development which is Emerald Nirvana. The new project is quite large, it is on 30 rai of land and will see, thanks to a successful management contract with Starwood, the return of Sheraton in Phuket as well as a condominium project with various phases. Emerald City Life Patong was introduced early this year is now ongoing and many more projects are on the books thanks to the support and success that has allowed us to grow,” he states.

Emerald’s Strong Points
The major factor is location. Near Emerald Central there will soon be two big shopping attractions. “The location for Emerald Central is absolutely prime. Its construction will be completed about the same time. Our other projects are also developed in locations suitable for condo living, easy to access, convenient and in demand,” he says.

Other than the locations, the Emerald Group other strength is its team. “We have our own construction team, sales team and after sales team, they are good at what they do, we take care of our projects from start to Finish and even beyond, our involvement depends on our clients as we can also manage their investments if they so wish, insuring that their assets increases in value.”

The Success of Emerald
Over the past few years, the Emerald Group has become known as the ‘remarkable rookie’ in the real estate business in Phuket. “We’ve grown a lot in a few years, and developed quite a number of projects.” You could say that all the hard work has been repaid. “We tried to make a diff erence and we did it through quality and great design.” Emerald Group won the Thailand Property Award’s Best Condo Development Phuket 2015 and was first runner up for Best Boutique Developer 2015. “We are very proud of it. We worked really hard and finally we did it,” states Khun Sawit who promises to continue keeping up the good work and improving his projects’ quality. He says that the awards reassured them that they were on the right track.

Looking to the future
Besides continuing to work delivering and improving Emerald is now looking to develop and improve its company structure. “Emerald will spend more time building a strong organization, developing from the inside to improve our system. I will be CEO and the management team will be built up and strengthened.” Khun Sawit says that the organization will also put a focus on their people. Some other noteworthy news is that Emerald is planning to enter the stock market. “We are preparing for this and I’m pleased to tell you at PhuketIndex that we’ve been invited by the Singapore Stock Market to register there,” revealed Khun Sawit. “Maybe at the end of this year we will be ready for that. That will make us the fi rst Phuket Company to be there. And, if possible, in the next year to come we will be in Thailand’s Stock Market.

Future Projects
The Emerald Group is going to have a hotel soon. “We are looking at balancing things out. You’ll see us working more on rentals and in the hotel business,” he says. In addition to a variety of developments the Emerald Group has plenty of plans to work on. Paying back into the community is also an area of concern. “We are in contact with a Swiss Hotel Management School. If the talks are successful, we will see big improvements in hotel management studies in Phuket. People will have a chance to learn hotel management from an accepted school well known at international levels.” “We might be perceived as being a developer for the foreign market but that’s not quite true for the future.” Khun Sawit says that the Emerald Group now also is aiming at the local market. “There’s a lot for us to do in that area, too.”